The Power and Value of a Fan

Everyone who works with social media will tell you that you should create a Twitter profile or a Facebook page and start to build up fans and followers. And the same people (myself included) will tell you that you only need a few fans, compared to regular exposure, because a fan is worth much more than an ordinary person. But the question no one has answered is "how much is 'much more' than ordinary?"

So three weeks ago I decided to find out exactly how much a fan is worth. I wanted to be able to say, that one fan is exactly worth e.g. 1000 ordinary people. I also wanted to know if what I had been saying was how the world worked.

This is what this article is about. Finding out how valuable a fan really is. And the short story is that one active fan is worth 445 people. And you need to reach 14,000 people to get one active fan. Which also means that only 56 active fans can create just as much exposure than a website with 25,000 visitors. 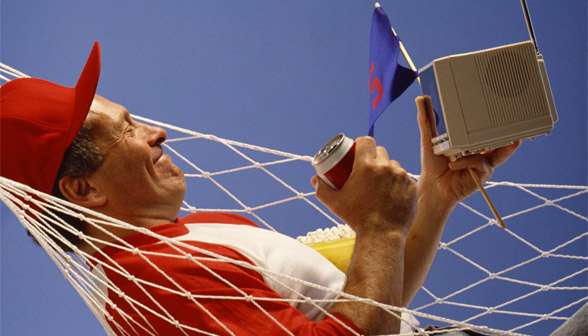 The first thing I did was to see if I could find surveys studying this. I did find some, but none of them provided any useful information. Their findings were incredibly vague, and didn't bring me closer to answering my questions.

Instead I turned to my own site (baekdal.com), and based my analysis on my social channels, this website, and social universe around it. All the numbers you will see in this article is based on these sites. This is then an actual analysis on a real-world scenario - a case study.

What is a fan?

There are many ways to define a fan, but to me a fan is one who either follows everything you do, or actively points other people to you - or both.

So the first thing we need to look at is the number of fans, which can be divided into 3 groups:

The second element of fans are all the people, who are not included in the first group, but repeatedly shares your articles, and recommend people to visit your social profiles.

I define this as anyone who shares two or more of my articles/tweets per month. But are not listed as a fan.

This combined is then your total number of fans.

Let's get to the numbers

I measured my traffic/fans for the month of July and this was the result:

Notice: Some of these figures are estimated. E.g. Twitter cannot actually give me a full month of data, so I had to use the numbers for two weeks. Facebook doesn't allow me to track mentions etc. Consider this to be a estimate ...or as they say in marketing;
'Batteries not included' :)

What to make of it

Now that we have some numbers to work with, we can make sense of it all.

The first interesting thing to figure out is "How many people do you need to reach to get one fan?" Well, out of 407,406 visitors I got 3,854 new fans across all my channels. So 1 fan equals:

This, however, is where it starts to get complicated, because there is potentially a huge difference in active vs. passive fans. As you can see from the numbers above, 'only' 179 fans out of 24,108 fans are active (0.75%).

Both types of fans are very important to your business. Your passive fans form the backbone of your site. They provide you with a reliable level of traffic, and if you have a web shop, they are the one who keep coming back to buy your products.

From a business perspective you need both your passive and active fans, but from a marketing perspective, it is the active fans that matters.

So how many ad impressions (or visitors) do you need, to get one active fan? Well, if one active fan is 0.75% of your total number of fans then you need:

Now that we know how many visitors we need to get one fan, we need now to turn this around, and figure out how much value does a fan actually generate.

One way to look at this is to look at the amount of exposure a fan creates. Since we know that one fan has an average of 445 fans, then:

This means, that when you upload an image to Facebook, and 15 people decide to comment or 'like' it, then they are in turn exposing the picture to 6,675 other people. That's huge!

Knowing this we can then to figure out how many fans you need to match your website traffic levels. In short:

It is one thing to figure out the power of a fan. The really interesting questions is "what is best: traffic or fans?" To figure that out we need to look at mentions. That is how many times somebody shares or talks about your site.

A total of 1,466 people mentioned this site, of which 179 was by my active fans. And we know that one active fan equals 133 general fans, which gives us:

Obviously, your fans clearly shares more content than strangers, and as such your fans are very valuable to you. But the number of strangers, who are also socially interacting, is actually quite high. 316 strangers vs. 133 fans is not that big a difference.

It is not just your fans that is valuable to you. It is everyone who is actively sharing your content. And in many cases the strangers coming to your site is often creating far more exposure than your fans.

This came as a bit of a surprise to me. I believed that my fans would be the main force behind sharing my content. But, while my fans are certainly better, they are far fewer, and thus less effective, than all the strangers simply visiting the site.

Creating fans makes your life much easier, and generally boost the engagement level by 230% (which is a big deal). But you need 30% or more of your traffic coming from your fans before they can be considered the dominant force (only 12% of my traffic comes via fans).

Please note: As I started out by saying, everything in this article is based on how baekdal.com performs in the social world. Your site might be very different, and I encourage you to create your own analysis to see how your site performs.