Welcome back to the newsletter. Today, I have three interesting things for you.

A guide to delayed subscription models

There are so many different ways publishers can implement paid models, and the interesting thing is that they all work. No really, metered paywalls, full paywalls, premium, access, bundles, dynamic, single copy sales, paygates, etc ... they all work, but in their own unique way.

What this means is that it's not the paywall that defines your focus. You define your focus and where most of your value is, and then you pick the model that works best for that.

So how does that work, and in what situation could that be the best (or the worst) model? Well, this is the focus of my latest Plus report. Take a look at: A guide to 'delayed subscription' models

Last week, Twitter announced that it was planning or thinking about creating a way for people to subscribe to tweets. They call it Super Followers.

The idea is that people can subscribe to a person as Super Followers, and then people will get access to exclusive tweets and features from that person.

Here is a picture of how Twitter imagines it. 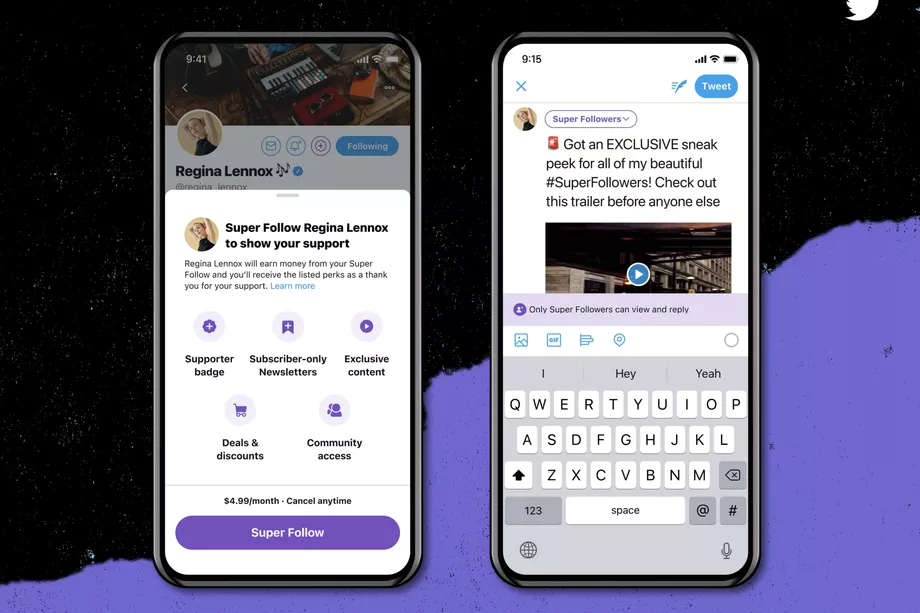 This is not actually a new feature. We have seen the same thing for years with how people use Patreon, on YouTube we have Super Chats, and on Twitch, there are several features with the same concept.

Yes, once again, the social media companies are just copying what everyone else is doing. No surprise there.

What is interesting though, is what they plan to include with it. First of all, subscribers can get subscriber exclusive tweets, they get a badge that shows that they are Super Followers (like when they reply to one of the tweets), but then Twitter also wants to include subscriber-only newsletters, deals and discounts, and something they call 'community access'.

Remember, Twitter recently purchased Revue, the newsletter platform. So, you can see how this all starts to fit together. With just one model, they are bringing together several different elements that actually make them an even more interesting platform than other services like Substack.

And from the perspective of an individual journalist, if someone were to ask me whether I would choose what Twitter has planned or what Substack is offering, then Twitter looks to be a clear winner (it's also cheaper than Substack, so more revenue for the publisher, but we will see if that is still true once they launch it).

The competition is really heating up.

So, here is a question. If you are a publisher, should you use Twitter's Super Followers (once they launch)?

The answer is: Absolutely not. While I like what Twitter is doing, and I see the value of it, as a publisher, you should NEVER use this!

The biggest mistake that publishers make is to not be in direct control of their primary revenue stream, and not have the flexibility to define your focus the way you do best.

Let me give you a simple example. I have been an independent publisher for more than 10 years, and during this time, so many things have changed. In fact, when I started, the way people were talking about paywalls was kind of broken, so I had to build my own system. We have also seen a big change in format. For instance, this newsletter is now my primary channel for connecting with my audience, while five years ago, it was something different. We see the change in audio and video, and a change away from it, and then another change towards it again.

Everything is constantly changing.

This is the problem I have with Twitter's new idea (and with other platforms like Substack). You are limiting yourself to only what they can come up with, and you are bound to reach that limit in some form.

For instance, Twitter's Super Followers would work well if you have a huge Twitter following, and are focused on the Twitter way of communicating, with the addition of the Revue newsletter platform (which they seem to be combining). That sounds great ... until you also want to do some deeper articles that are too long for a newsletter, or a premium podcast, some training or classes, or a subscriber service around business intelligence and data.

With Twitter's Super Followers, you can't do this. You can't combine multiple models because you are limited to only what Twitter has decided to feature.

And so my very strong advice to any publisher, big or small, is to 'own your audience'. When people subscribe to you, have them do that via a system that you control. Because then you can decide exactly what they should get from it.

You can create a service like what we see over at Zetland where they have decided to make text and audio an integrated feature. You can't do this with Twitter's Super Followers or on Substack. But you can, if you control things yourself.

And also, just look at how much things have changed over the past year alone. We are already talking about a new thing that would be better than Substack, but you can't move your subscribers.

And from Twitter, this is likely even worse because I hear you won't be able to take your audience with you to something you build on your own. You just have to stay on Twitter.

So, while I like what Twitter is doing, and while I think it's an even better model than Substack, I would not recommend any publishers using it. If you are a private person with a loyal group of Twitter followers, go for it. But if you are a business, as in a real publisher with a registered business, you need to own your audience directly at all times.

But, many independent journalists might say, we don't know how to do any of that. Well, then you have to learn or buy the skills to do this.

Remember, though, I'm not saying you have to build everything yourself. Everyone uses outside services for part of their business. For instance, I use an outside mail service to send out this newsletter, but the way it is designed is so that I'm in total control over it. I define what I want it to do, and they just provide the infrastructure. As a reader, you don't even know that they are there.

It's the same with people who use Amazon AWS, Google Cloud, or Microsoft Azure for their sites. They provide the infrastructure and the functionality you need, but the reader never sees them. They are not subscribing to Google so that they can use an app from Google, they are subscribing to you.

With services like Twitter's Super Followers, you are sending people to Twitter, and now it's Twitter who defines what your business should be. That's the difference.

So, Twitter Super Followers is an amazing thing. I really like it. But, as publishers, it's not for us. This is for hobbyists or for people who have a very specific focus around Twitter.

How do you sell a newspaper?

Finally, let's end this newsletter with something fun. Back in January, I posted a tweet making fun of the way publishers are selling subscriptions.

You don't sell something by just telling people to buy it. You sell the value that it provides, and you need to explain and demonstrate that value.

But so many newspapers and magazines sell subscriptions like this. 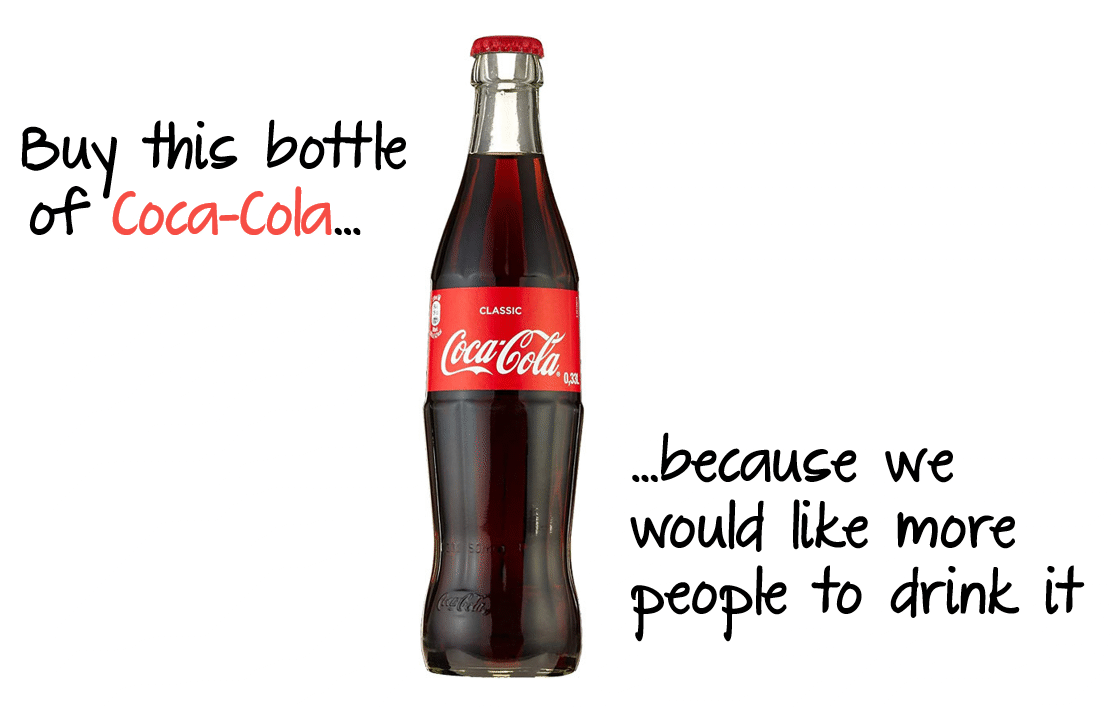 This is not meant as a critique. Instead, I have used this picture on a number of occasions when I have discussed subscription offerings with publishers. So, I'm using this illustration when I want to motivate people to change because it's such a simple way to get everyone to instantly see the problem.

However, once I posted this on Twitter, it almost turned into a meme, and many of my friends in the media added their own variations to it. 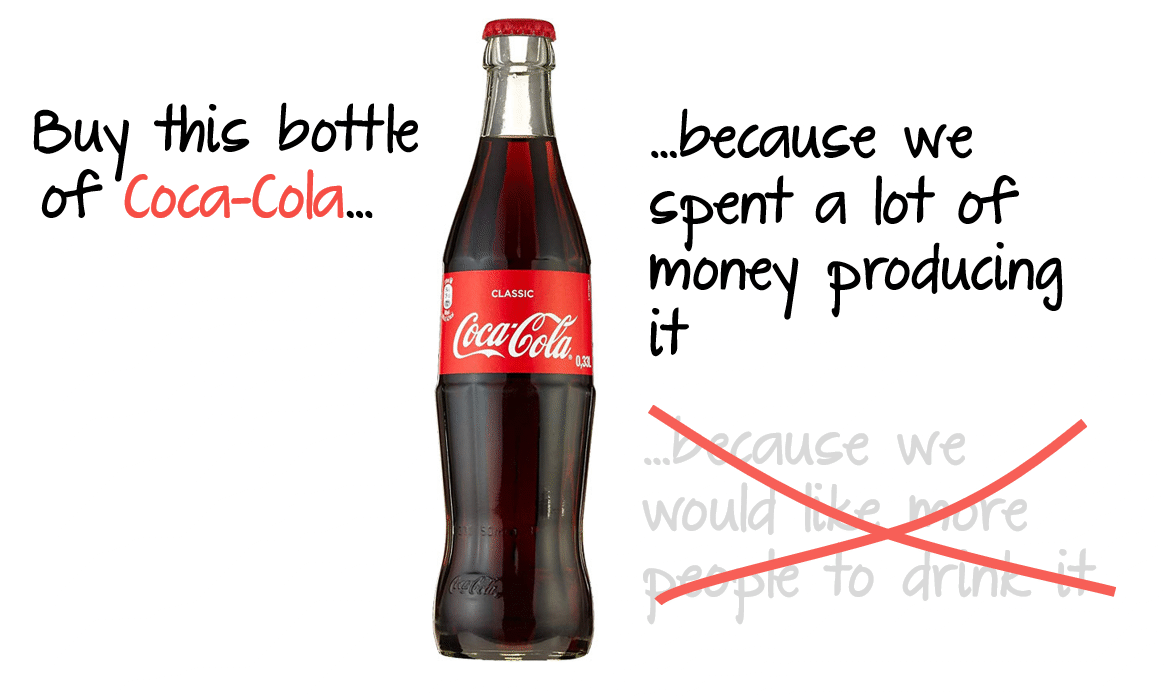 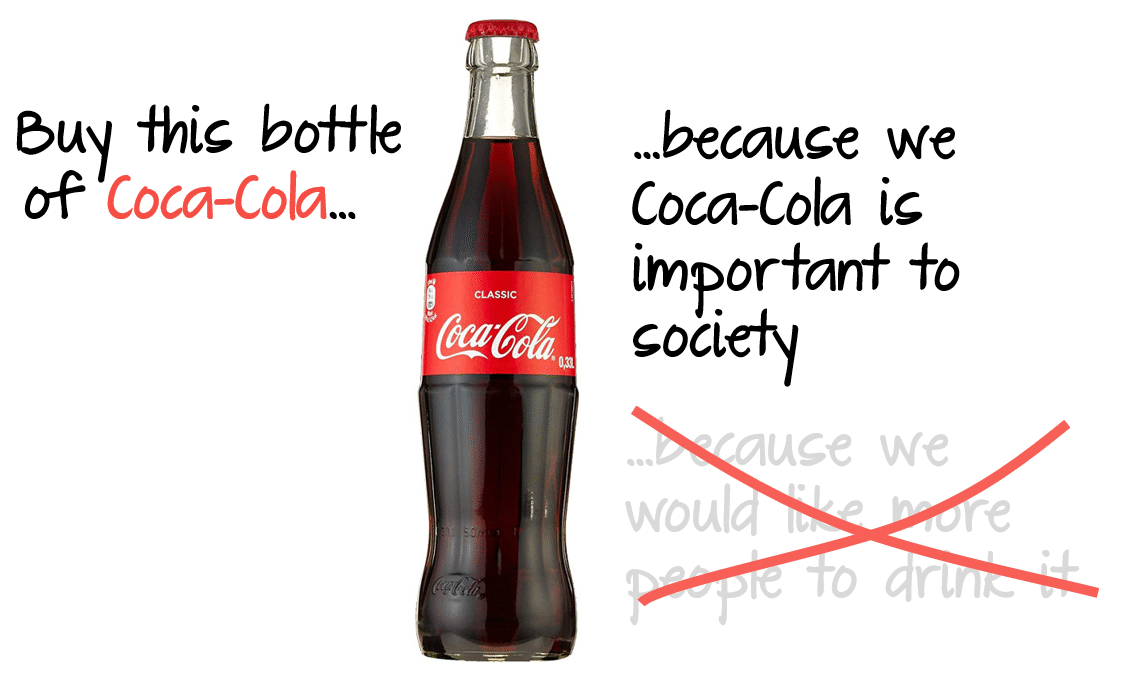 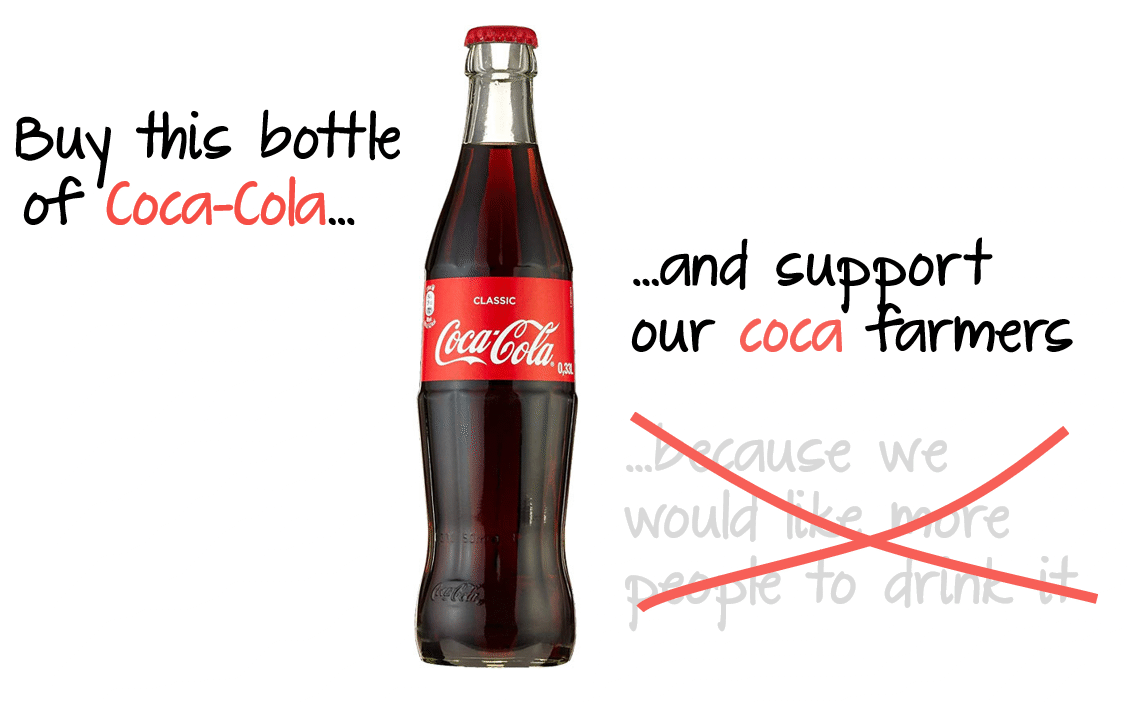 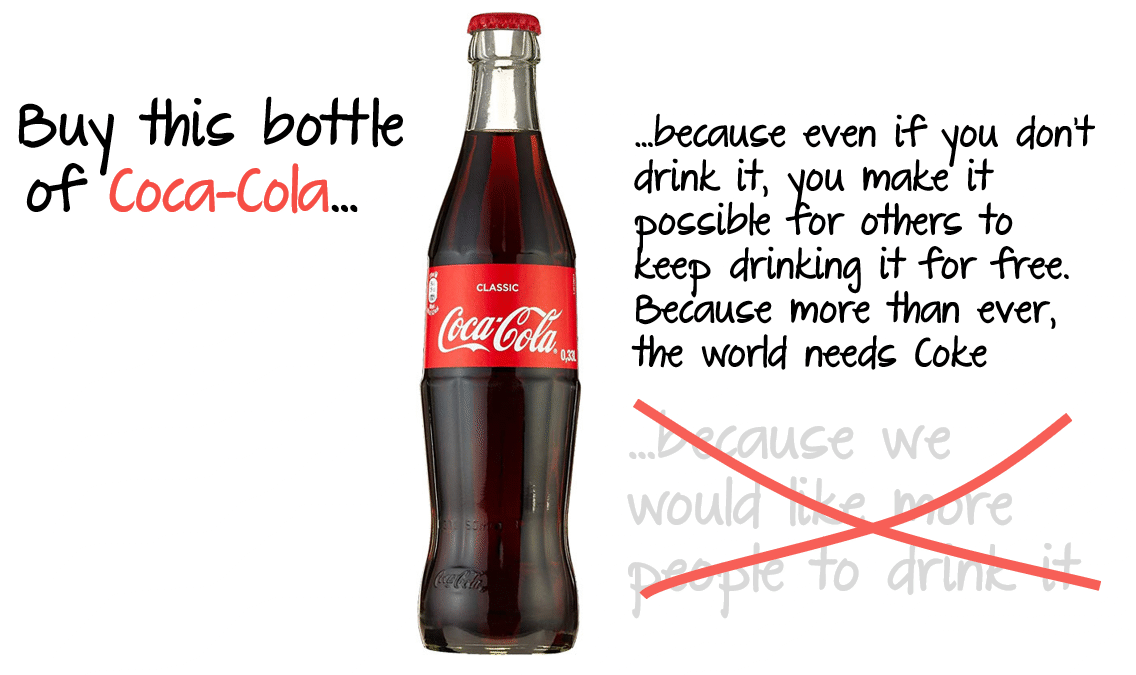 And Marcela Kunova, added this: 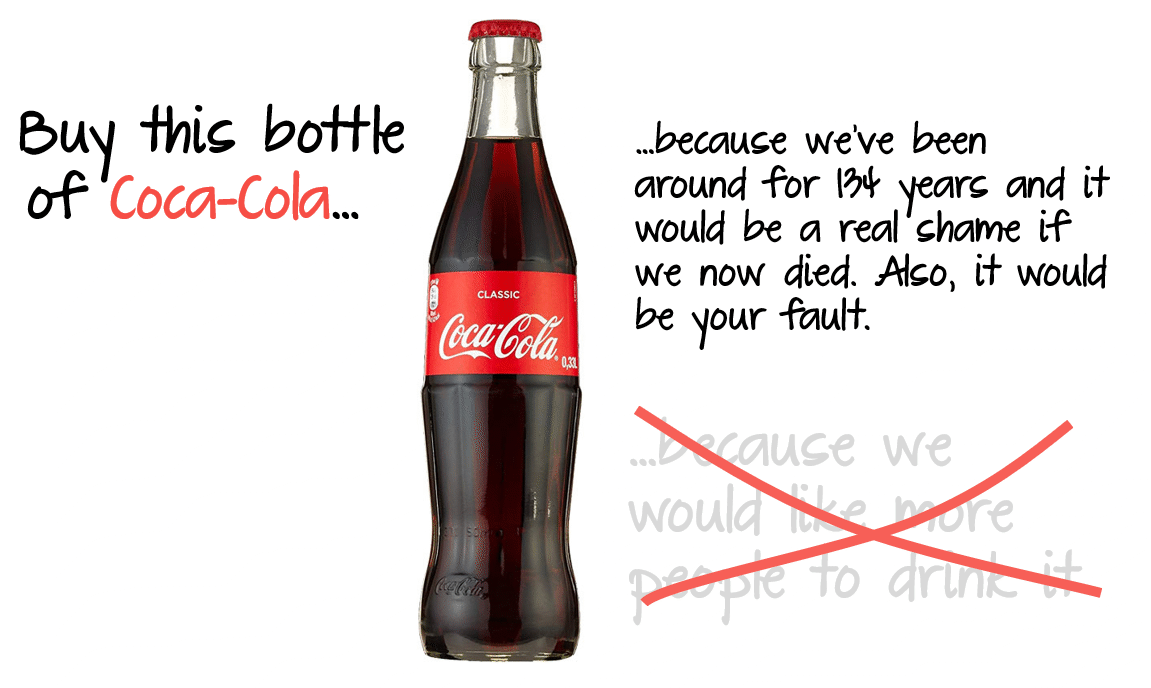 Now the interesting thing about all of these is that they are kind of true. As Wolfgang Blau wrote, the world needs publishers. We all agree on that.

But the point here is that if you want to actually sell a newspaper, you need a much better argument than this. The internet has allowed us to access information from anywhere, so while the world does need publishers as a whole, they don't necessarily need you specifically.

And so, you have to stand out and demonstrate why you specifically have something to offer, what that is, and how that helps people individually.

In other words, you need to get a lot better at selling your worth.

If you want to learn more about this, I covered how to define this in my recent Plus article: Paid-for strategies: Defining what people pay for