Analysis of media coverage of the #BlackLivesMatter protest, and let's talk about bias

This is the focus of this newsletter:

The big story this week is my analysis of how we covered the protests. I wrote a lengthy report about this, pointing out many of the mistakes and the problems I saw over the past several weeks.

We did learn a lot though. In fact, the entire media world went through a pretty big change if you look back at how we covered the first week of the protests.

But take a look at this 40+ page report: What we in the media need to learn from the #BlackLivesMatter protests

Upheaval inside the media industry

The protests weren't just about how black people in the US are being attacked by the police. They are part of a much bigger issue all around the world, and it didn't take long before many people started pointing out the problems with racism in the media.

First of all, we saw how people challenged the idea that editorials are separate from the newsroom.

Another example was from the Philadelphia Inquirer, where they posted an editorial titled "Buildings Matter Too".

There are many more examples, but this all ties into the problem that newspapers still don't understand that their editorial is just as much a part of who they are as anything else.

What is also important here is that we have to remember that over the past several weeks, pretty much everyone in the media industry has been calling on Facebook to take on more responsibility. 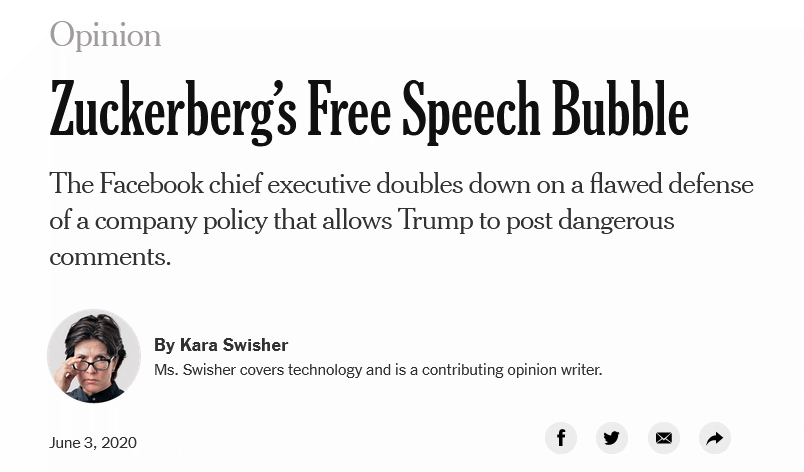 Obviously, we must, as newspapers, show the same level of responsibility that we demand of Facebook. We are telling Mark Zuckerberg to not provide a platform to misinformation and hate speech, but at the same time, newspaper editorials not only provide the same platform, but often invite it.

This is not good enough. You don't post an editorial from a politician without fact-checking it, and if it includes misleading information, or worse, calls for violence or hate-speech, then we should not publish that.

For many people in the newspaper industry, this is a concept that is hard to accept, but we are living in a different world. Newspaper editorials might not be written by your journalists, but as publishers we cannot just put our hands up and claim that we are not responsible for them ¯\_(ツ)_/¯.

Another thing we saw was black people standing up and calling out the media companies they work for. Nieman Lab put together a great thread of all journalists and editors on Twitter who did this. It's absolutely worth taking a look at.

As part of this, we also saw editors from magazines having to step down. One example is Bon Appétit, here we learned that not only did the editor do some questionable things, but their non-white editors were paid much less than their white editors, despite them having more expertise.

Meanwhile, over at Vogue, things are also not going well: "Anna Wintour admits to 'hurtful and intolerant' behavior at Vogue", and this is part of a larger problem in the fashion industry as a whole.

This has given rise to #VogueChallenge, where people have started redesigning the Vogue front page to feature non-whites:

The covers propelled a worldwide social media movement called the #VogueChallenge, where both creatives and glossy fans posted their own version of a Vogue cover. More than a creative challenge it's a chance to highlight Black, Indigenous, Asian, Latinx and other races and ethnicities around the world, who've been historically overlooked by fashion and beauty magazines.

Meanwhile, in many countries in Europe, we see the problem that the media is basically pretending that nothing is happening. While the newspapers have obviously covered the #BLM protests and even published articles highlighting stories about racism, within the European media industry, I have seen little.

Many media sites across Europe are scarcely talking about this.

I say this because this is not good enough. There is a real problem with racism and racial inequality in the European media industry as well. We have seen studies that point to this. For instance, here is one study about the media industry in Germany. And this sentence is telling:

Most editors-in-chief consider diversity in editorial offices as positive in principle. But hardly anyone is willing to do anything about it. In international comparison, German media clearly lag behind.

This is typical of what I have seen over the past many years. When asked, every publisher in Europe will tell you that they think this is important, and we write articles about it (yay, more traffic), but when it comes to actually doing something, or discussing this internally in the industry, we shy away, pretend nothing is happening, and just wait for the whole thing to blow over.

As a media analyst, I strongly advise you to act. While you might manage to not have to do anything this time, it just means you are getting more and more out of touch with the world around you.

What we have seen is a dramatic shift in the public sentiment towards racism and we see a call for change. As a publisher, you need to be a part of this change. 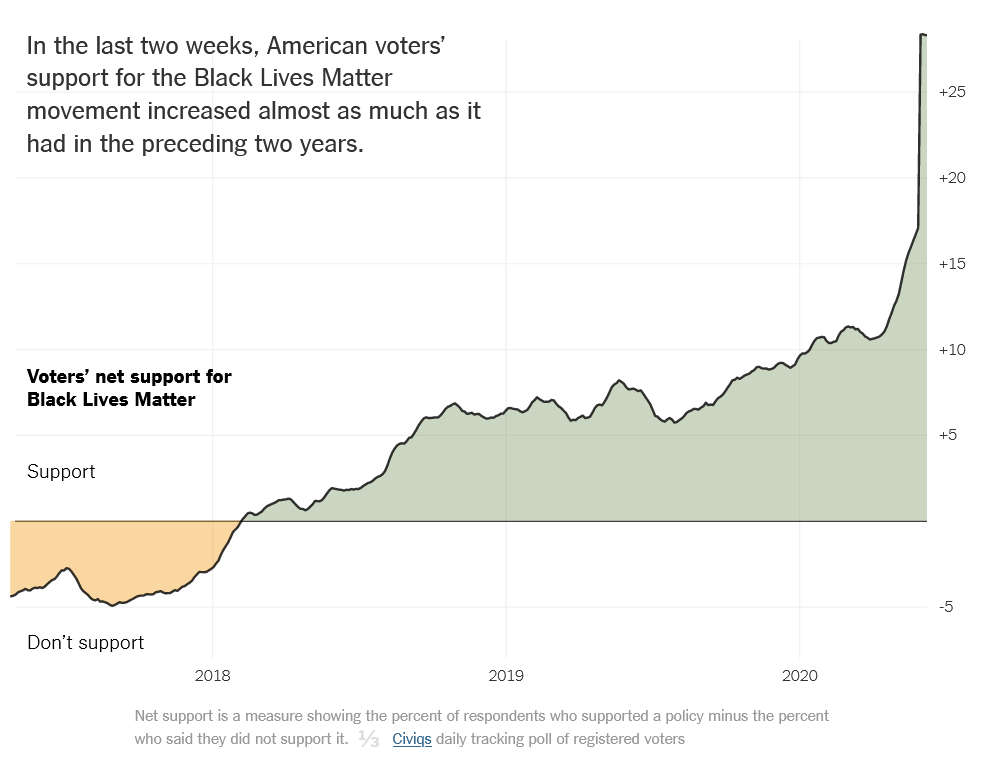 This is important for your future as a whole, to be able to be a part of the community that you write about. This is about how people will think about you, your role in society, and the relevance and integrity of your journalism five years from now.

This is not the time to hide. This is a time for change.

As publishers, we must be biased towards facts

Finally, one thing that has come up a lot recently is how events, like COVID-19, #BlackLivesMatter and climate change, have challenged the way we think about objectivity and trust in the media.

However, we keep talking about this in the wrong way. The problem is that we define objectivity on a political spectrum, being that in order to stay objective, we must not take sides in the political debate, but just stay in the center.

This is completely wrong.

So in the article linked below, I outline a new model for defining editorial focus and journalistic objectivity in a way that isn't political. And I believe this model, if implemented consistently, could dramatically improve the way people think about the value of news.

Take a look at: Defining journalistic objectivity: Being biased towards the facts.