Welcome back to the Baekdal Plus newsletter. Today's newsletter is going to be quick, because most of this newsletter is about my latest Plus report about climate change coverage (but I will also talk about some other things, like how little money Spotify is paying artists).

The feature article this week is a very in-depth analysis about what we need to change about how we cover climate change.

You may not feel this right now, but fixing climate change is the single most positive story you will cover in your life. Don't get me wrong, climate change is extremely bad, and already in 2021, we have seen how it costs hundreds of lives, and caused billions of damage, not to mention causing an untold number of problems that cannot be easily measured.

But the fix to all of this is amazing. Every single thing that we have to do to fix this over the next couple of decades leads to a much better future than anything we have ever had.

I tell you this, because in the press, I don't see this. Instead, most climate change articles I see present climate action as something that is inconvenient (albeit necessary) to do. It's reported as a cost, as something that will get in the way, but none of that is true.

So, in my latest Plus report, I take you on a deep dive into the focus on climate change coverage, and what we need to change about it. My point in doing this is that there are three things we can do as journalists.

We can either help fix climate change faster (good), we can distract people by focusing on something that really doesn't matter thereby delaying effective action (bad), or, worse, our focus as journalists can end up directly undermining climate change action (really, really bad).

Only one of these is acceptable, so take a look at "Climate change is a news story that requires a very different type of journalism".

Why we need to do better

Evlondo Cooper III, shared an interesting graph on Twitter the other day. It compared just how much time the US morning TV station covered climate change for the entire year of 2020 ... to how much they covered Jeff Bezos' stunt into space.

This pretty much sums up the problem with how we focus on things in the press. Mind you, Evlondo does point out that we are doing a better job in 2021. 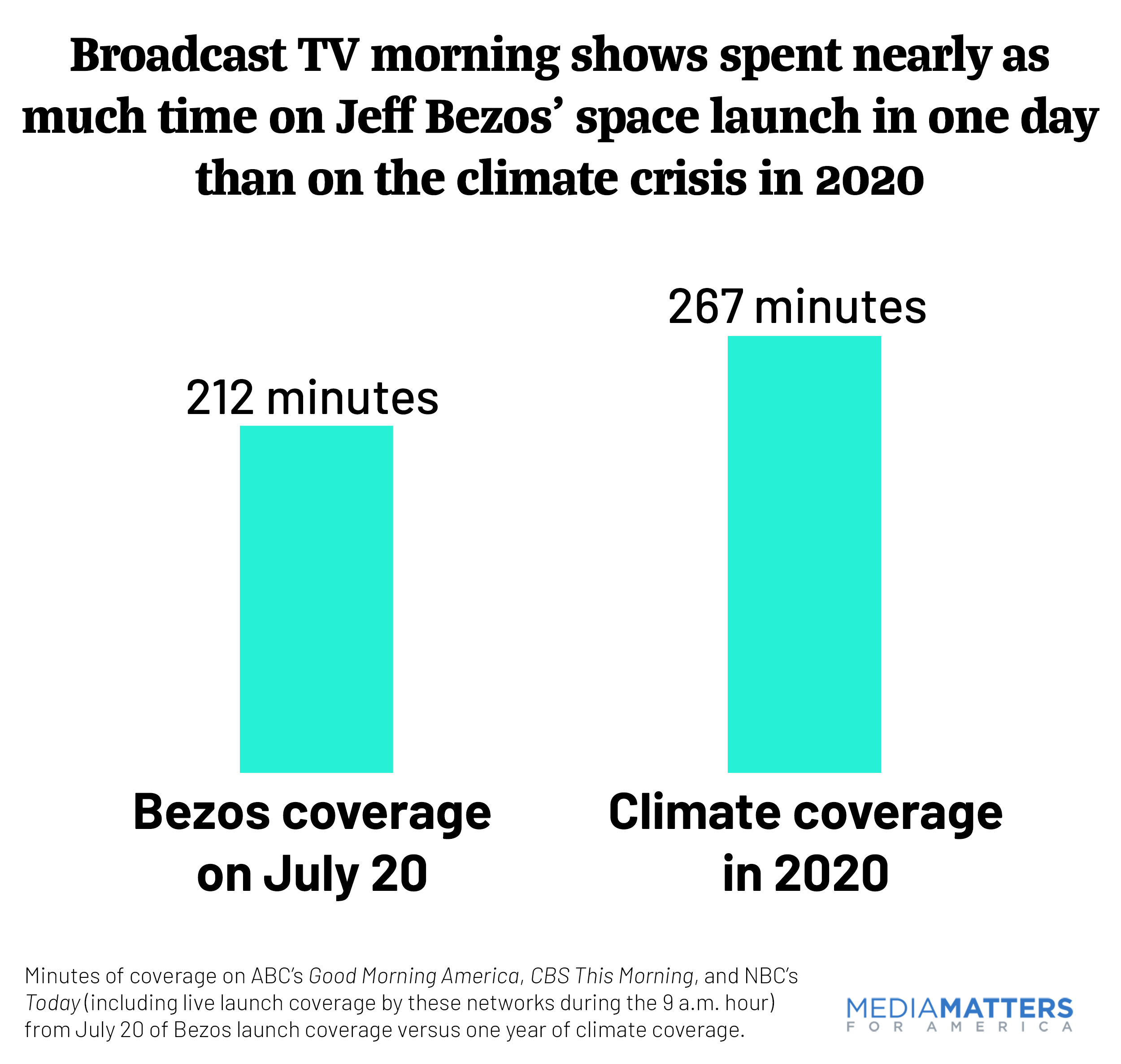 (thanks to @avinash for the ht)

How much does Spotify actually pay artists?

Several years ago, there was an ongoing discussion within the media about creating a "Spotify for news" model, but it's something that I hardly ever hear about anymore (since most publishers by now have realized that it really isn't the best thing to focus on).

But I was reminded about this again recently, when I came across a website called "The Trichordist". It put out a very handy chart of just how much each of the music streaming services is paying out to artists. 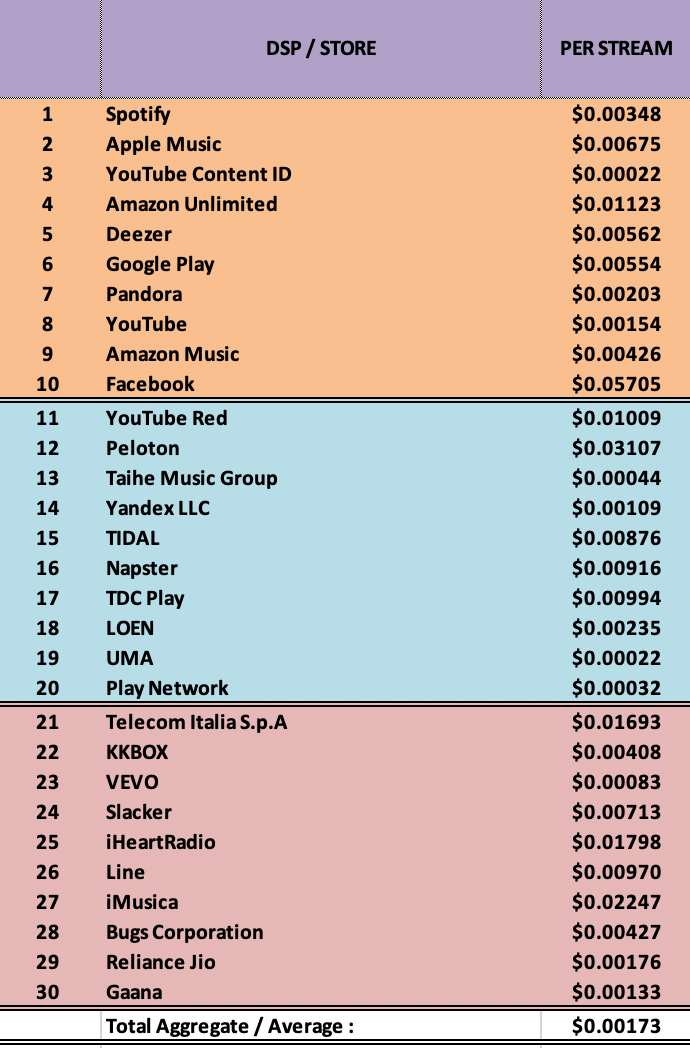 (Note: The full graph on their site has more data points than this)

But, what I find fascinating is how tiny these numbers are, and just how much volume you need to make this work.

Let's do a thought experiment. Imagine you are a single artist, who makes one album of songs per year (with 14 songs), how many streams would you need to make even a very modest living?

Well, first of all, we are going to define 'a very modest living' as $100,000/year, because you also have to consider the cost of all the equipment you need to even create your songs (and music equipment is very expensive). So, $100,000 is probably the barest minimum you could get by on.

But, this is only true if you are publishing on Spotify directly, most artists don't do that. They have a record label, who are notorious for taking a massive cut, often in the 80-82% range ... So with that in mind, you now need 160 million streams to get $100,000 per year.

But it doesn't stop here. As The Trichordist also found, the majority of Spotify's payments aren't going to people equally. In fact, it is as unequal as it can possibly get. As they reported:

So, this is insane. Unless you are one of the absolute superstars, streaming is a terrible business model.

I'm reminded of another article, shared with me by Esther Kezia Thorpe, from the Press Gazette. It had done a very small survey amongst 52 independent publishers, and they found that most of them made relatively little money. In fact, the largest segment were those making less than £10,000/year.

This, of course, is not a new thing. We see the same on YouTube, on Twitch, on Patreon ... and, in the past, we saw the same thing with bloggers.

All of this serves as a reminder that, as publishers, our financial success is entirely on our own, and being on a platform doesn't help you with that.

This is not just true for smaller publishers, but also for bigger publishers. When I see publishers talking about 'partnering with Facebook', I don't see that as creating a meaningful outcome unless you are one of the top 5 publishers that gets the most views.

And it's the same for the ongoing discussion around "Google and Facebook should pay for linking to us", like what we saw in Australia (but is now coming to Europe and North America). This is essentially the Spotify model, but only the very largest publishers can even hope to benefit from that. For the rest of us, there is nothing.

Anyway, time for a vacation

To change the topic completely, Baekdal Plus will now take a one and a half week break as I go on a vacation ... or rather a *staycation*, since I'm not going anywhere because of COVID.

In fact, when you read this, I'm already away, spending my time finishing this ... oh ... and maybe also this (but no promises).

However, taking a one and a half week break means that it will take me three weeks before my next article is coming out, simply because I haven't written it yet, and it takes about a week to write a Plus article.

In any case, see you in three weeks!

... oh... and don't forget to read the climate change article. That one is really important for our future!