Entrepreneurial journalism, media and taxes, the language problem... and more

We are now 4% into 2020, many journalists have been at CES discovering smart devices that nobody needs, but outside of that nothing much has changed. So let's do something about it.

Today, I have a number of interesting things for you:

A guide for how to do entrepreneurial journalism

It's all very exciting, but take a look at: A guide for how to do entrepreneurial journalism

Should the media be tax exempt?

I also just published another article, and this one is way more controversial. In it, I talk about the prospect and the problem of giving the media a tax exemption.

I have tried to explain this in a nuanced way, but this is something I feel very strongly about. The way media and taxes work today (in many countries) is deeply unfair. For instance, giving print editions a tax exemption, favoring traditional companies, favoring the ownership structure over other things.

I have experienced this first hand. When I write an article, there is often a tax or subsidized difference between whether I publish it directly to you via Baekdal Plus (where I have to pay full taxes), or whether I'm paid to publish it on another site (where they sometimes don't).

How is that fair?

Well, let's talk about that in: Should media be tax exempt?

The language barrier of European media

There is an interesting new study out that looks at how big a share of UK media's audience come from outside the UK ... and the numbers are staggeringly high.

News sites like the Independent and the Guardian both have about a 70% share of their audience being non-UK based, the Telegraph is around 60% and even the very UK-centric, the Sun, gets 45% of their traffic from outside the UK. 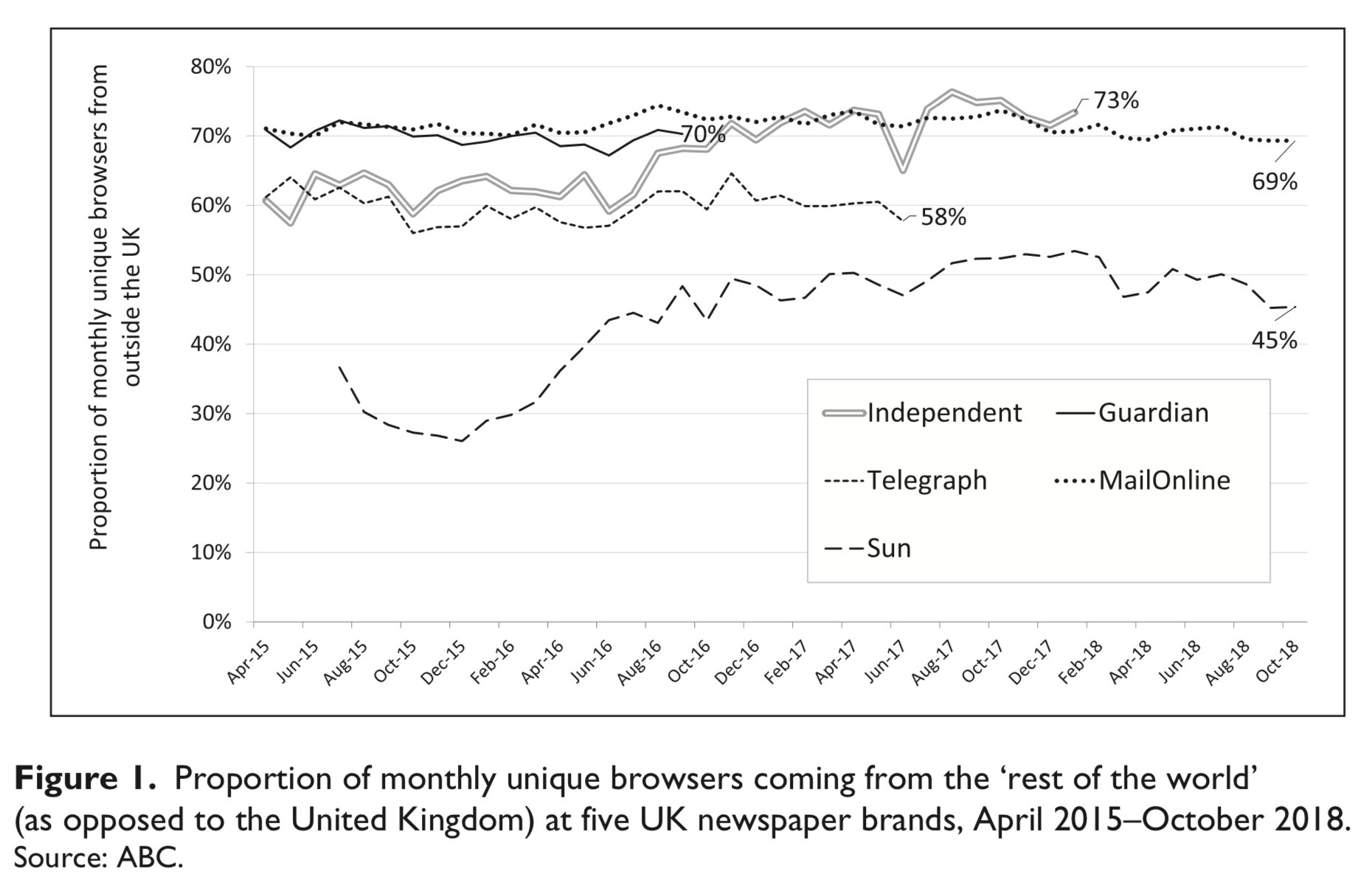 What I find really interesting about this isn't how this affects UK newspapers, but more so what it means for the rest of Europe.

You see the reason that UK newspapers can do this is because of the language. By publishing in English, news articles in the Guardian can be read by anyone across the world (including the US), and this dramatically increases their potential market.

But for other European newspapers, they can't do this. If you are a Dutch newspaper, nobody outside the country can read what you write. It's the same in Denmark, Sweden, Norway, Poland, Germany, Italy and so forth.

Even within Europe, there is almost no cross-border traffic. A Danish newspaper has almost no readers from Germany, even though we are right next to each other, but many people in Europe come across English or US newspapers every single day.

It's the same with TV shows. At the end of 2019, several magazines published articles like "The best TV shows of 2019". Here, for instance, is an article from the Danish magazine Euroman, and almost all of the TV shows mentioned are English speaking shows produced by UK or US companies.

The language barrier is the most intense limitation facing European media.

I don't have a good solution. When I started Baekdal Plus, my solution was obviously just to write everything in English, but this isn't necessarily the right solution for national newspapers (although I would love a European-focused newspaper, in English, that isn't published from London).

But I want to point this out because, as our world gets more connected and global, breaking out of the language barrier is going to be important.

How much to quote from others?

Finally, how much newspapers can quote from others is an increasingly important topic. In 2019, I had several discussions about this, and more specifically about the problem that every newspaper is publishing the same things.

Whenever one newspaper breaks a story, every other newspaper will write about it too, often adding nothing of their own.

This culture is currently wrecking our industry, and it makes it impossible for any newspaper to stand out.

So, I was thrilled when I heard that the Danish association of newspapers has issued new guidelines for use of content from others.

The new rules are:

Obviously, this only applies to Danish publishers, but this is the kind of discussion we should have globally.

There is one critical thing missing though. For me, the biggest problem with copying is when one newspaper quotes another newspaper in such a way that you no longer have any reason to read the original story.

This of course is a difficult thing, because I'm kind of doing the same here. In my quote above of the new rules in Denmark, you don't really have to visit the link. I already gave you all the information.

But we need to make sure that every article builds on top of what they are quoting, instead of just taking and duplicating the information.

There is nothing wrong with quoting, but the focus of the article must be on what you added.

It's something worth thinking about.