Strategic insight and analysis for people in the media industry

The Problem with Digital Economics is that the Potential is Different

A constant challenge that traditional publisher face is that they can't convert to digital without dramatically changing both the purpose of their publications and the revenue potential. This is problematic because it means that, even if you do change, you don't end up with the same result as before.

For instance, in the past, the most successful magazines were those designed around a mass-market demographic, like a men's magazine. But in the digital world, targeting 'men' is way too vague and unfocused compared to what all the digital natives have to offer. So, just converting your magazine from traditional to digital isn't going to solve anything. But, if you change to a sharper focus, you end up with a very different publication with a very different revenue potential.

As a result of this dilemma, most old publishers end up not changing. Not because they don't want to, but because they can't figure out how.

In my latest Plus article, I discuss this 'awful dilemma' in much more detail, including what digital natives do instead.

The gender pay gap is a financial disaster

Elva Ramirez wrote a wonderful article about her time at the Wall Street Journal, about how she discovered that she was paid $13,000 less than some of her male colleagues doing the same work. And she made a very important point about what effect that had.

As she wrote (my emphasis):

The gender pay gap doesn't just impact your bank account, however. In my case, knowing I was worth less than someone else had a direct impact on my self-esteem and my work. I felt trapped. Each time I delivered excellent work, the satisfaction of a job well done was undermined by the knowledge that my extra efforts came with a priced-in discount. Conversely, when I made mistakes, I'd catch myself being resentful, because why try if the playing field wasn't even?

One day in August, I had a particularly bad day, and I thought: Why am I trying so hard? I still hadn't been contacted about any pay raises, and the WSJ's investigation into pay gaps was over. They'd found no significant issues, company executives said.

I'll never forget that month, when I left work each day, just broken. This time, I wondered if I might be depressed because I'd feel angry and sad for an entire work shift. When I stepped back, I saw that while I was miserable for hours on end, that feeling would instantly lift as soon as I left work. I guess I just got tired of being unhappy. It was not unlike finally admitting that a relationship you've invested everything into just isn't working, despite your hardest efforts.

I quit as the biggest political election in history was ramping up and news was going into overdrive.

This, I think, is the best way of describing the problem with the gender pay gap that I have seen, because this is exactly what happens.

I saw this too, back when I was working at a fashion company. A wonderfully talented female colleague of mine was promoted, from being just a marketing manager, to become the Chief Marketing Officer of two of our fashion brands. One day I was having a cup of coffee with her, and I asked her how much she was now getting paid. To my astonishment, I learned that she was paid $7,500 less than me.

Mind you, at the time I was the 'Digital Media Manager', where I was responsible for our digital strategy across all our brands. But while I had a wider scope, her job actually had more responsibility as a whole. So, I clearly shouldn't be paid more than her... But I was.

And as we were talking about this, it was clear that realizing this had a big impact on her job satisfaction. She was so happy getting this important promotion, but now... well... fuck it.

As a result, it became clear she wasn't as happy with her job, and about a year later she had finally found another job that rewarded both her amazing talent and her pay.

The reason I tell this story is because it illustrates how critical equal pay is to create a motivated and productive workforce, as well as ensuring the massively important diversity that allows you to see things that you would otherwise not see.

Because if you don't fix this, you end with a vicious cycle in which your problems with gender inequality just keep getting worse. Imagine what impact it would have if the roles were reversed. What would happen to the productivity of the men if they realized they weren't paid the same? 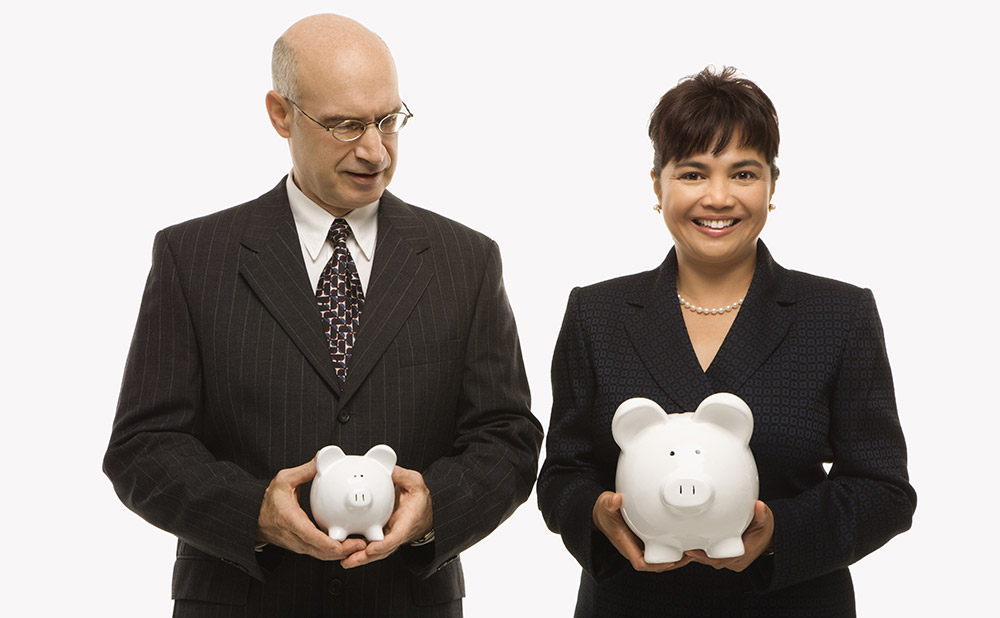 In the media industry, we have a much more serious problem with gender inequality than in the fashion industry, and it's something that we have to fix.

And it needs to be fixed now.

Just get it done!

The Gender Trap with Media on Social Channels

Speaking of gender problems, I did one of my gender test over at LinkedIn, to see how diverse the people I was connected with are, and the result was not pretty.

This is best illustrated with this graph: 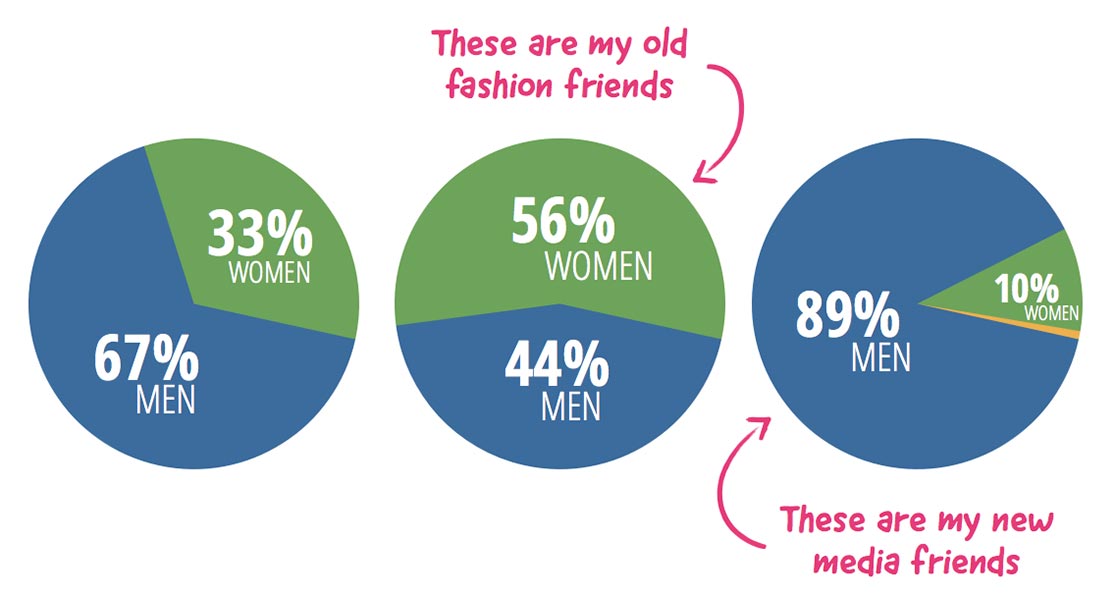 What the heck happened to all the women?

So, in this article I explain much more about this problem, including how LinkedIn's recommended list is heavily skewed.