Welcome back to the Baekdal Plus newsletter. Sorry for being quiet for two weeks, but I have moved to a new house. After trying to buy a house for four years, I finally gave up and have instead rented a house.

The housing marketing is just crazy. In the area I have moved to, houses that used to be affordable just five years ago are now 3 or even 5 times the price. As a friend said to me: Only people who already own a house can afford to buy a new one, by selling what they have to fund the next one. She is absolutely right.

Anyway, Today, we have two topics to discuss. One is about advertising, and the other is about how changing circumstances also require changing our journalism.

One of the constant challenges I face whenever I discuss advertising with media executives is that I used to be on "the other side". For about a decade, between 2000-2010, I worked for a large fashion company, where I was in charge of our digital marketing/advertising budget.

In other words, it was my decision where and how to spend money on online advertising. And, because of this, when I think about advertising, I think about it from that perspective. What would I need to get back from publishers?

And this is where I often experience a disconnect. The way publishers usually talk about advertising is not helpful. We should be talking about the things that brands actually need, and providing the solution, the platform, or the formats to help brands achieve their goals.

Instead, as publishers, we often end up just optimizing for the kind of advertising that brands do when they have no idea what they want.

This is not an optimal situation, and in my latest Plus article, I talk about this in much more detail. So take a look at: "Advertising will always be a struggle unless we think like brands".

When things change, so must how we report about it

One of the constant challenges of an ever changing world is that not only the things around us change, but the way we use them changes as well. This often poses a problem for journalists, because if you are not yourself up-to-date about how this change works, not only will you end up sounding like an old geezer, you might misinform the public.

I want to give you an example of this that I came across a couple of weeks ago, which serves as a really great illustration of why it's so important for journalists to stay up-to-date.

It's about climate change, the future, and electric cars...

This story is about the British car magazine "What Car", which posted a video comparing electric and petrol cars. The video was titled: "ELECTRIC vs PETROL CAR - which is REALLY cheaper?", and it was the kind of journalism that car magazines have done 100s of times before.

What they did was to take four cars, two petrol and two electric. One group being performance cars (BMWs), and the other group being "normal" cars. And then they tested how much petrol/electricity they used on a 200 mile drive from the south of London to Leeds. Once they arrived at Leeds, they refueled/recharged the cars to see how much the trip cost. 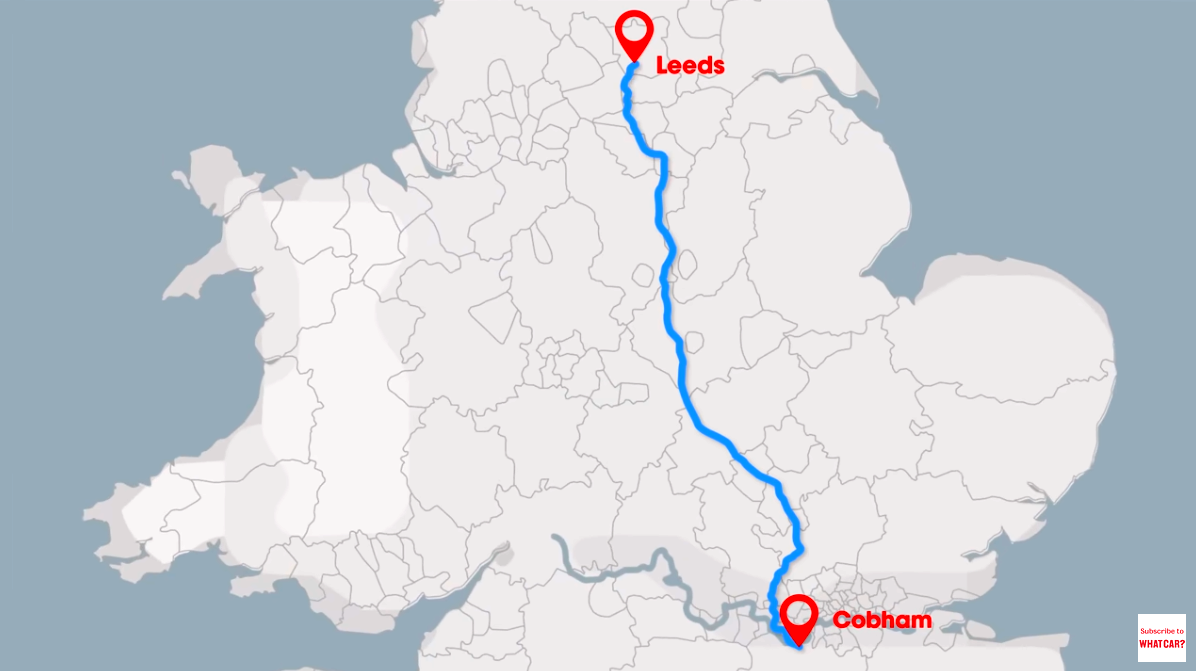 This sounds like a perfectly normal test and review, and indeed, it's the kind of test that car magazines have been doing for decades.

But then we look at the result, and... this may surprise you, the result was that the petrol cars massively outperformed the electric cars.

So, the conclusion was that electric cars are more expensive today than petrol cars... ¯\_(ツ)_/¯

Except... this is massively misleading, and a really bad form of journalism. In fact, nothing in that video is accurate and the whole test is meaningless. The reason is that the way you use an electric car is very different from the way you use a petrol car.

The biggest problem is about the fuel itself. You see, with a petrol-fueled car, we used the idea that you just drive wherever you like, and then, when you are low on petrol, you pull into a service station somewhere along the road.

However, with electric cars, this is NOT how you do that.

In the test, they recharged the electric car at highway service stations, where the prices are insanely high. But almost everyone who actually has an electric car will instead charge it at home, at night. 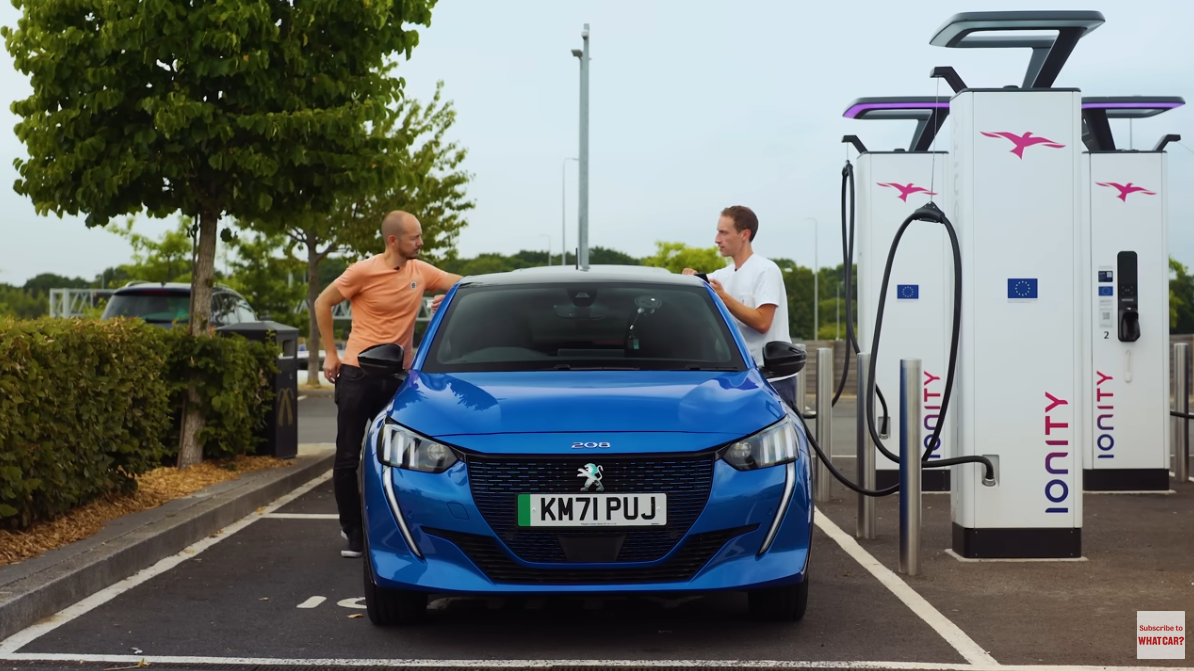 So, what difference does that make? Well, if I check the electricity prices last night (as I'm writing this), one kWh was £0.31.

This makes an insane difference. Suddenly, the cost of recharging a car is now half of the petrol ones. It's a massive difference.

But the problem doesn't even stop here, because there are also other elements to consider.

For instance, with a petrol car, you basically just buy whatever, because you know that you can always just pull into a service station. But when you buy an electric car, you first consider your driving patterns. In other words, you buy an electric car with enough range so that 99% of the time you will be able to charge at home.

This is a big difference in mentality, and dramatically changes the overall cost because it means that you are only going to charge outside of your home on rare occasions.

So, this test doesn't make much sense. It's not a realistic use case.

Another factor is wear and tear. Electric cars are cheaper to maintain over time, you have less wear, you don't have to change the brakes nearly so often, etc.

And finally, we have future considerations. Sure, right now, we are having an energy crisis, but if you are thinking about buying a car today, it would be absolutely foolish to buy a petrol car considering how everything is going.

In a year from now, the electric prices are likely to be much lower again, and once we massively scale up renewables, which is already happening, the future outlook is very clear.

So this entire video that What Car made was just misleading, and worse, it's that kind of video that obstructs effective climate actions. The more publishers do video like this one, the longer it will take for the public to transform to a renewable future.

From a media analysis perspective, though, it's a perfect illustration of what happens when a magazine isn't updating their mindsets, or worse, apparently doesn't use electric cars as their own daily drivers.

If they did, they would instantly know that this test was irrelevant. And, in fact, I find it really odd that none of the editors or other journalists pointed this out. What Car is doing a ton of reviews of electric cars, they have even named the Ford eTransit the "Van of the Year".

They should know better, so it's really odd that this happened.

But, I'm sharing this example with you to illustrate something that I see quite often, not just with electric cars, but many things. Many magazines and news articles report about things from the old perspective, or, worse, from the perspective of someone who doesn't have personal knowledge of it.

When we do this, we become irrelevant, or worse, we mislead the public. So, it's absolutely vital in an ever changing world, that the topic each journalist writes about has an element of personal understanding.

You can catch these errors by just interviewing people about it. You have to have some level of personal experience to realize when a story focus is wrong. It's the same reason we often talk about diversity in the newsroom. That is another issue, but it's based on the same problem. If you have no diversity, you don't know when you are making a mistake.

So, you need someone on your staff, in a position to be able to interject, who has the experience and knowledge.

If you want a deeper look into how we need to rethink climate coverage, take a look at my Plus article:

Also, remember that while this newsletter is free for anyone to read, it's paid for by my subscribers to Baekdal Plus. So if you want to support this type of analysis and advice, subscribe to Baekdal Plus, which will also give you access to all my Plus reports (more than 300), and all the new ones (about 25 reports per year).

Operational security and the dangers of online sharing for journalists

It's tempting to just take a picture of your desk, but be mindful of what it might reveal

newsletter:
Operational security and the dangers of online sharing for journalists