The Most Important Trends for the Next Five Years, Being Connected, and more

I hope you had a wonderful time over the past few weeks, and that you managed to relax and enjoy the end of the year.

But a new year has arrived, and despite what you might feel, it's going to be amazing.

Starting with what is in this edition of the Baekdal Plus Newsletter:

Every year I write a trend article, but unlike what other people focus on, my trend articles aren't really predictions so much as they are advice for what publishers should focus on, both for this year and the next five.

In this year's article, I am talking about a number of very important macro-trends.

One macro-trend is the problem with how the media is focusing so much on the present moment that they forget to see what the world is really like all around them. This problem is getting worse every day.

Another thing is the importance for publishers to 'pivot to reality', which means more than just focusing on what formats or platforms we use.

Pivoting to reality is less about not posting videos on Facebook and far more about understanding the difference between being factual and having factfulness.

I'm also talking about how the subscription economy is moving into the next phase, with models that are about more than just getting people to pay for news (which we mostly solved in 2018). It's time to rethink what publishing is!

Lastly I talk about the increasing problem with media fatigue, and how we need to move beyond algorithms.

Sharing an experience in the connected world is far more personal

A few days ago, I noticed an article by Bob Hoffman about how digital media isn't as good as traditional media, specifically because of how it lacks shared experiences.

There is nothing specifically wrong about what he is saying, except for where he focuses the blame, but here is a short excerpt of what he wrote:

For advertising to be effective in the 'cultural imprinting' model, it's not enough for it to be seen by a single person or even by many people. Someone has to know that everyone else has seen it, too.

This may very well be why online ads have been largely ineffective at brand building. In the online world, everyone lives in his or her own little digi-world. I have no idea what my friends are doing online and what ads they may be seeing. Even if they watch the same YouTube videos as me, I don't know what ads they are being served.

In mass media, I know what my friends are seeing. I know that if they're watching football they're seeing the same ads I am. Consequently I have reasonable confidence that my friends believe that Nike makes acceptable running shoes, Ford makes acceptable pickup trucks, and Coors makes beer I don't have to feel weird about.

In a nutshell, this may very well be why thus far mass-market advertising is demonstrably more effective at brand building than precision targeted, highly individualized advertising.

I disagree with his conclusion that digital advertising is ineffective, but he is right that it is very different. However, the problem here isn't digital. It's the abundance.

The fundamental change that has happened in the world is that we no longer live in small isolated communities where our entire exposure of media exists through a small handful of very big publishers.

For instance, when I was a kid, the entire country only had access to two national TV stations, which meant that on any evening about half the population was having a shared experience where everyone saw the same TV shows and the same ads. 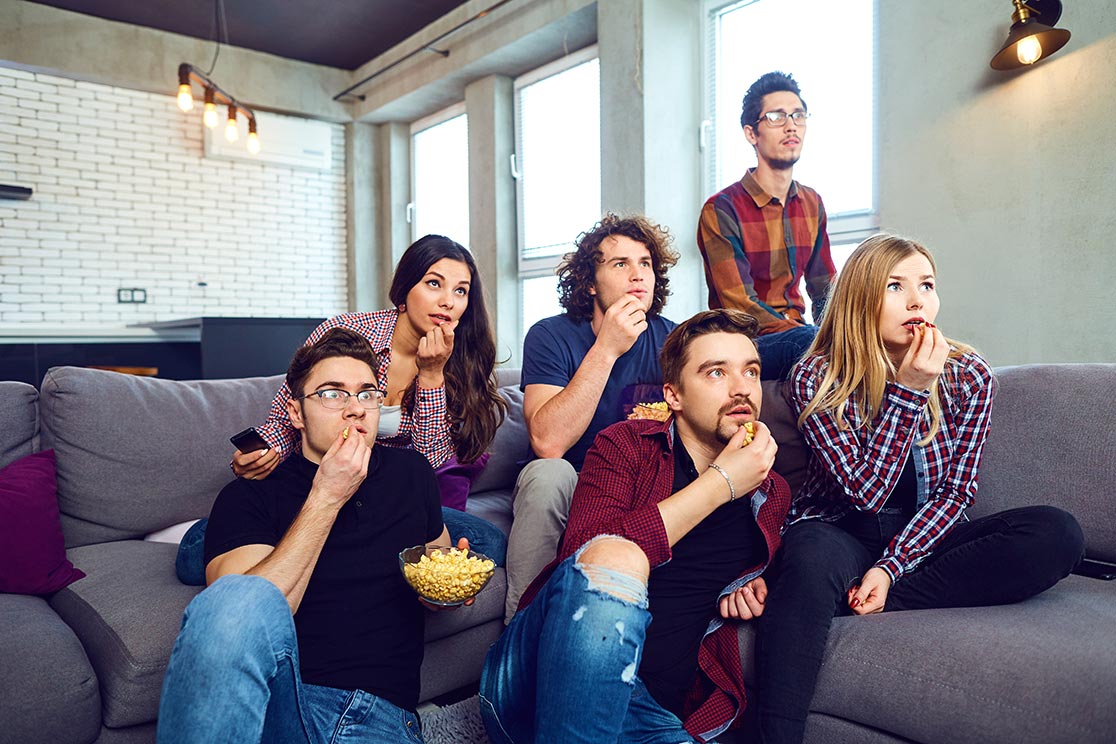 As a result, before the start of a popular movie, the entire ad market was limited to just five ad spots, which everyone then got to see.

Obviously, the impact of those five ads was way more powerful than anything that we see today, but it was not because it was in a traditional format, but instead because it existed in a limited market defined around scarcity.

Since then everything has changed. Today we have more than just two TV channels, in fact, we have moved to on-demand (Netflix, Prime, HBO, Hulu, etc), YouTube, and many other channels, and because of that we no longer live in a world where everyone sees the same.

But this isn't just impacting advertising. It is impacting everything. While a popular movie might have been seen by 50% of the population one evening in the 80s, today, we are lucky if we even reach 10% at any given time. In fact, the ratings for the Golden Globe only put it at 6.2% of the US adult population.

You might think that everyone had this shared experience, but in reality, 94% were spending their time on other things.

This is the new reality of our world. We no longer live in small monoculture communities where everyone sees the same things and thinks the same ways ... nor would we really want to.

You don't want to go back to the 1980s form of TV where you had no choice for what to watch on TV that evening. Sure it was fun that the next day everyone at the office could talk about the same TV show, but it wasn't really that good an experience.

It was the same with the advertising. While it was certainly true that the five brands who happened to appear on TV before that evening's prime time movie did well, think about the thousands of brands that didn't get any exposure at all.

Today we have the opposite of that. True, each individual campaign has a much smaller overall effect, but what we do have instead is a much wider ad market where thousands of brands can reach a highly targeted audience.

You can't say that one model is worse than the other, because they are not comparable.

More to the point, what is really happening is that the nature of how we share experiences has fundamentally changed. In the past, you didn't get to choose what to share with your friends, because we were living in a mass-market media world where the market dictated when and what. But today, we have something far more powerful, which is the power of tribes.

A tribe is when a group of people all decide to share the same interest. Not because it's the only thing on TV that evening, but because it's genuinely something they care about and want to pick. And tribes are far more valuable for brands.

If you are selling mountain bikes, it's far more valuable to reach people who are super interested in just that than to have your commercial appear on TV before a TV show.

Sure, you might not reach as many people, nor reach them all at the same time. But in terms of sales, far more brands than ever before can use advertising in a way that means something.

Obviously there are also many flaws with the new world, and some of them are highly problematic, but overall you have to change the way you think about this.

Don't compare the old to the new. They are not the same markets. We have moved from a market where only very few brands could advertise to almost everyone at the same time, to a new world where every brand can advertise to smaller groups of people at any time they want.

One is not fundamentally better than the other. They are just different.