Infinite Choices and a World Abundance vs. Supply and Demand

A couple of days ago I wrote an article debunking the myth of the 99 cent ebook-and it quickly became popular. One thing that many commented is that the reason why the price is constantly dropping is simply one of supply and demand. Since there are now more books, each book is must be priced lower.

Note: I'm writing about this in detail in my upcoming book: "The Shift, from print to digital and beyond" but here is short version.

Supply and demand doesn't work when you reach infinity 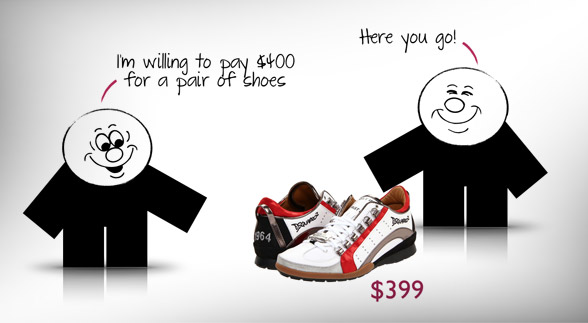 We have all learned about the ago old concept of supply and demand. We have learned that as supply increases, the price would have to decrease. If your demand for a product is finite, but you are given more choices, each choice would have to costs less.

It took me a while to learn that this model only works to a point, and it does not work digital world at all.

There are two problems with it. The old version of supply and demand is based on the physical world where there is always some level of scarcity. In that kind of environment, price plays a very important role.

That, however, is not the kind of environment we have online. In the digital world we have millions of choices. We have so many choices that even if we give away everything for free, we are still not making a difference.

Price is no longer a useful factor. Obviously we cannot price our products too high, but once we get below a certain threshold it doesn't matter if you sell for $15, $10, or 99 cents.

The other problem is a bit more deceptive.

Look at it this way. Imagine if you had one customer (finite demand) and two shoe stores. The rule of supply and demand then dictates that each store would have to cut the price by 50%. That way the customer would pay the same and each store would sell the same quantity, but at half the price. 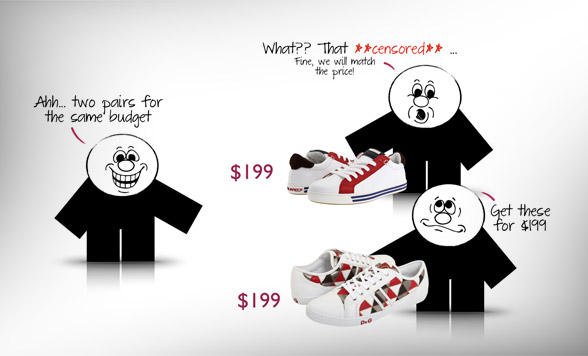 This works well online where the manufacturing costs are zero. The customer gets two-for-one, and everyone stays in business.

But it concept doesn't scale, on the internet we have thousands of shoes store from all over the planet. Even if each store where to cut the price to match the supply, there is no way each store could still make any form of profit.

In fact, even if you gave away all your shoes for free, people would not want to get a thousand pairs of shoes.

That is the new world of abundance. Supply and demand are no longer relevant factors. The supply is always going to be far beyond anything we could possible profit from.

In this kind of environment, cutting the price doesn't solve anything. It just makes it worse.

You have to look at this in a different way. You have to ask, how many products do people actually need, and how much would they be willing to spend in total?

In the example with the shoes, you might find that people are willing to pay $400, but they never need more than four pairs. 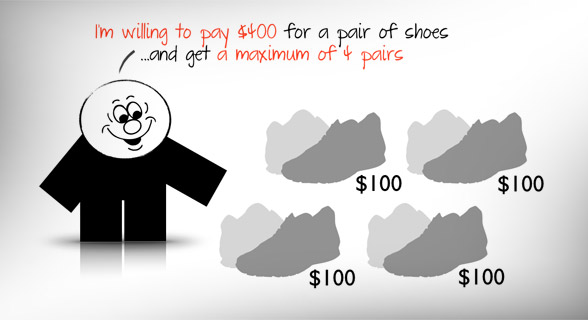 Note: Yes, women might disagree with these numbers. So let's say four pairs per week ;)

As such, the price should never be lower than $100. Selling them cheaper is not going increase the volume.

Some of you might object and say that is not true, because if you set the price to $50, you might not not sell more shoes to each person, but you will capture a bigger share of the market.

But that only in the physical world. In the digital world we have no cost of manufacturing. There is almost no difference in cost between selling 100 or 10,000 products.

In fact, many are already giving everything away for free.

You end up charging half price for the same product, with no change in your overall market share. And since people still only need a maximum of four pairs, you are not selling more of anything.

In a world of infinite amount of choices, competing on price is the fastest way to die. It only works in a world of scarcity.

The only way to be successful in a world of abundance is to give people a reason to choose your product at the right price. 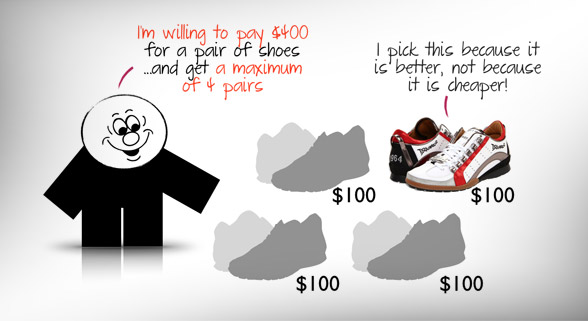 Your minimum level of success is to convince people to pay the $100 (or whatever the minimum price might be for your product.)

But the real trick is to convince people you are the only worth bothering about. 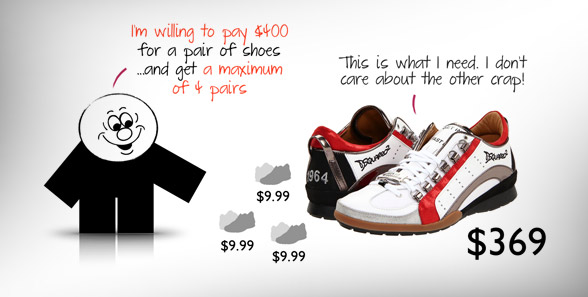 It sounds impossible to do, but we see countless examples every day. For instance, why is it that people are perfectly willing to pay big bucks for a pair of Jimmy Choo shoes, when you can buy a pair of white sneakers in Walmart for $9.89?

The answer is simple. In a world of infinite abundance, price is not the vital factor.

Another example. Before the iPhone, I could go down to my local phone shop and buy a Nokia mobile for 99 cents (+ a 2-year contract.) Then Apple came out with the iPhone which was 500 times more expensive ...but people didn't care. Sure they wanted it to be cheaper because they were used to much lower prices. But the price was not really the deciding factor.

The deciding factor is to create real value and be better.

Our new world of abundance doesn't influence what something is worth. It only influences the quantity you can sell. So why not stand out from the pack and prove that you are worth the right price?

Don't try to give them more choices. Never reduce the value. Don't cut corners, and stop competing on price.

Find the right price and prove to people that, of all the choices available, you are the one they should choose.

It's not easy. You will have an infinite amount of competitors who will try to do the same thing just cheaper ...or even for free.

But you have the advantage. You are not trying to make it as cheap as possible (by lowering the value), you are trying to increase the value. That is what gives you the upper hand.

Don't ask people if they want to pay $9.99 or 99 cents (the answer is obvious.) Prove that you are worth paying for!

How publishers can get better at the "welcome experience"

The welcome experience is a critical element every publishers should optimize, and it needs to be more than "get our app"

strategy:
We need to innovate our formats