People Don't Care About Your Competitors

Earlier this month, WaveMetrix came out with a study looking at how people react on social channels. They found a number of interesting things. For one, they found that crowd-sourcing projects need to be linked to your product. But they also found that people respond negatively to campaigns attacking a brand's competitors.

EasyJet, Pepsi, T-Mobile and Microsoft all used social media to mock their respective competitors, BA, Coca Cola, Verizon and Google and all were met with a negative backlash. 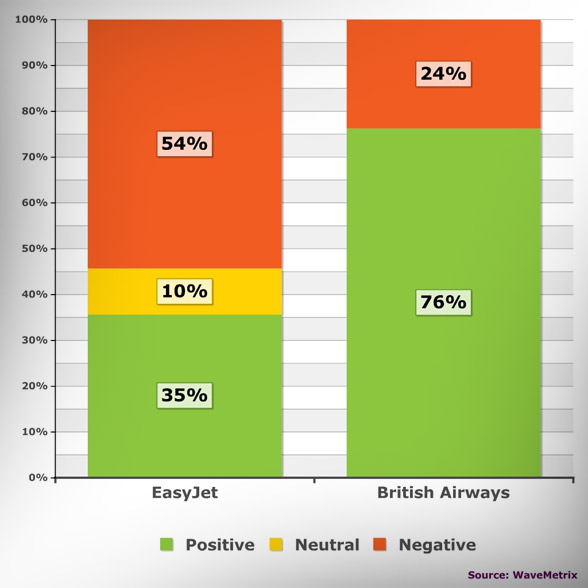 One example was when EasyJet decided to mimic a campaign from British Airways. The response was that many criticized EasyJet's "cheap" and "bitchy" advert and "couldn't believe EasyJet felt they could hijack BA's campaign"-while people talked more positive about British Airways.

There are few cases of a successful media campaign that focus on mocking your competitors. In Australia, the constant rivalry between Holden and Ford provides a good breeding ground for media mockery, and we all remember Apple's hugely successful "Mac vs. PC" campaign.

They work because we identify ourself as being the opposite of the competing brand. "I'm a Mac" worked because most mac people think of themselves as anti-PC.

The reason people want to buy your product is because of the product itself. Creating a campaign where you mock your competitor is irrelevant.

People don't care about your competitors. They care about what you can do for them.

We see the same thing with many startups. They try to be the "alternative" to a well known brand. Take Diaspora, the social media platform that was founded to be the alternative to Facebook. Nobody really cared!

Except for a very few brands, we do not connect with a product because of its competitors. And we do not care about what "internal struggles" you and your competitors might have. Keep them confined to your internal meetings.

Focus on the direct link between your customer and your product. How can those two elements get closer together? How can that be more meaningful?