What Happens When You Don't Change

Last week I was covering the 24 Hours of Le Mans, and while doing that I noticed this from their press room. 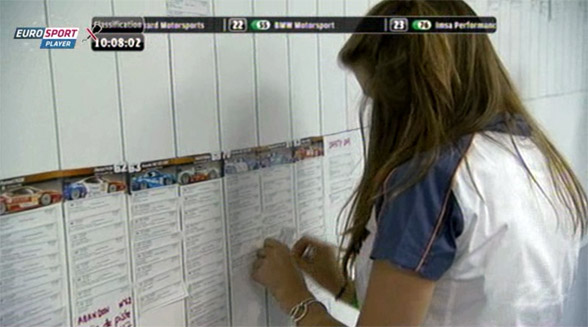 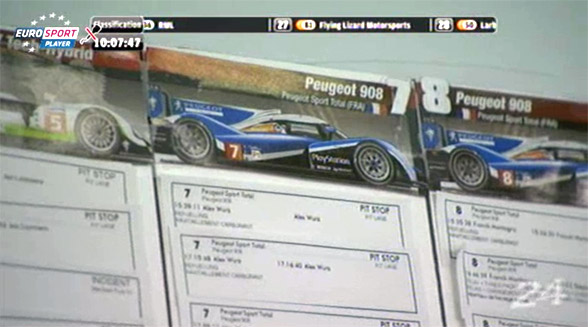 Who in their right minds have a workflow like this? I voiced my bafflement to some of the other journalists there, and they told me "There's lots of staff in the media center."

Sadly this is something we see in many companies. Old workflows that were never changed and then expanded as the company grew bigger.

In cases like these, you can literally walk in, lay-off 95% of the employees, and still produce a better product.

Think of it from the side of the journalists. What possible use could a journalist have for a wall with lap times? One that is several minutes out of date because it has to be printed out first? He would have to go to that specific location to look at it, write it down to remember it, go back to his laptop and manually enter it into the article.

Compared to say, a big flat screen with lap times updated live - or even better - a live data feed that the journalist can copy/paste from directly on his laptop or via his smartphone. It would be many times cheaper, require no staff at all, and be much more useful to the people who need it.

95% reduction? Heck, in this case, give me 2 hours and I could create a website that did all that automatically (which is actually exactly what I did with my Le Mans Live tracker).

Here is the thing. The way you make sure you never end up in a situation like this is to always be in a state of change. I have written about this many times before. You have to make change your status quo.

Jeremy Epstein also wrote a good article about this a couple of weeks ago. He wrote about a surgeon who found that he was losing touch with his market.

A 55 year old plastic surgeon called me looking for marketing advice. For years, he had been recognized in his geography and his field as "the go-to guy." His schedule was packed. He focused on his practice. But, then, one day, he looked up and he saw that his schedule wasn't as full anymore.

'I need to do some marketing now to make up for that,' he told me. I didn't have the heart to tell him that he was already 2-3 years behind the curve. That's not to say he can't fix it. He can. But it's a lot easier to do it before you need it.

We see the same with the media industry. If you compare the number of employees vs. the traffic between Mashable and the Wall Street Journal.

Their workflows are too cumbersome, designed for a different world. And because they never changed, trying to catch up to the new realities of digital economics is almost impossible.

So change now and change often! Never stop! If something slows you down, get rid of it. If you have people manually moving bits of data, create a script that can do it automatically.