When a Rogue Advertising Company Causes a Social Backlash

Everyone who has been working with the advertising industry knows that advertising agencies and their employees often submit client work to various portfolio sites to showcase what they can do.

Often, that also includes work that they have done on their own without the client ever being involved. And very often this is something that the clients in question frown upon because they want to be in control of what is being shared about them and where.

Yesterday we saw a bad example of that, in the most damaging way possible.

One or more employees from JWT India, the advertising company used by Ford in India, created the following mock-up ads without Ford's knowledge or approval, and submitted it to the advertising showcase site AdsOfTheWorld.com.

The first one showcases former Italian prime minister Silvio Berlusconi in a car that has three curvaceous women tied up and gagged in the trunk. 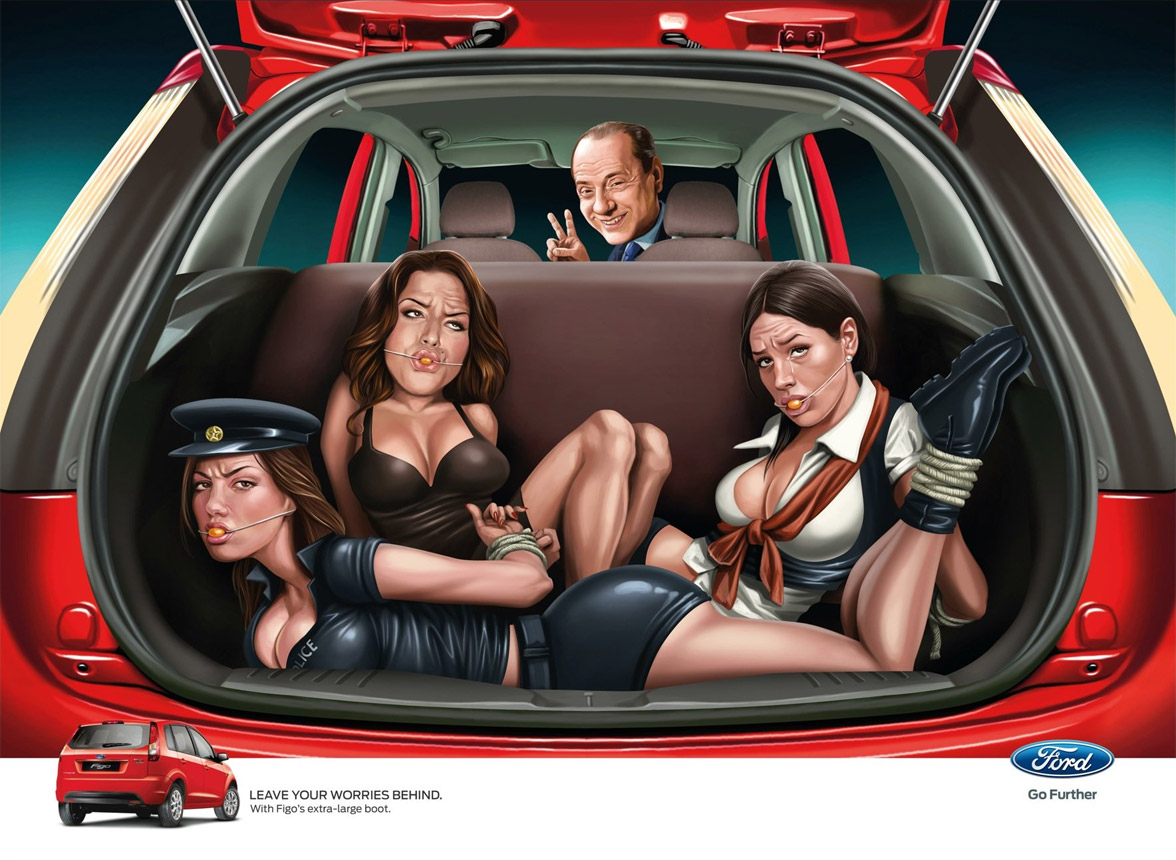 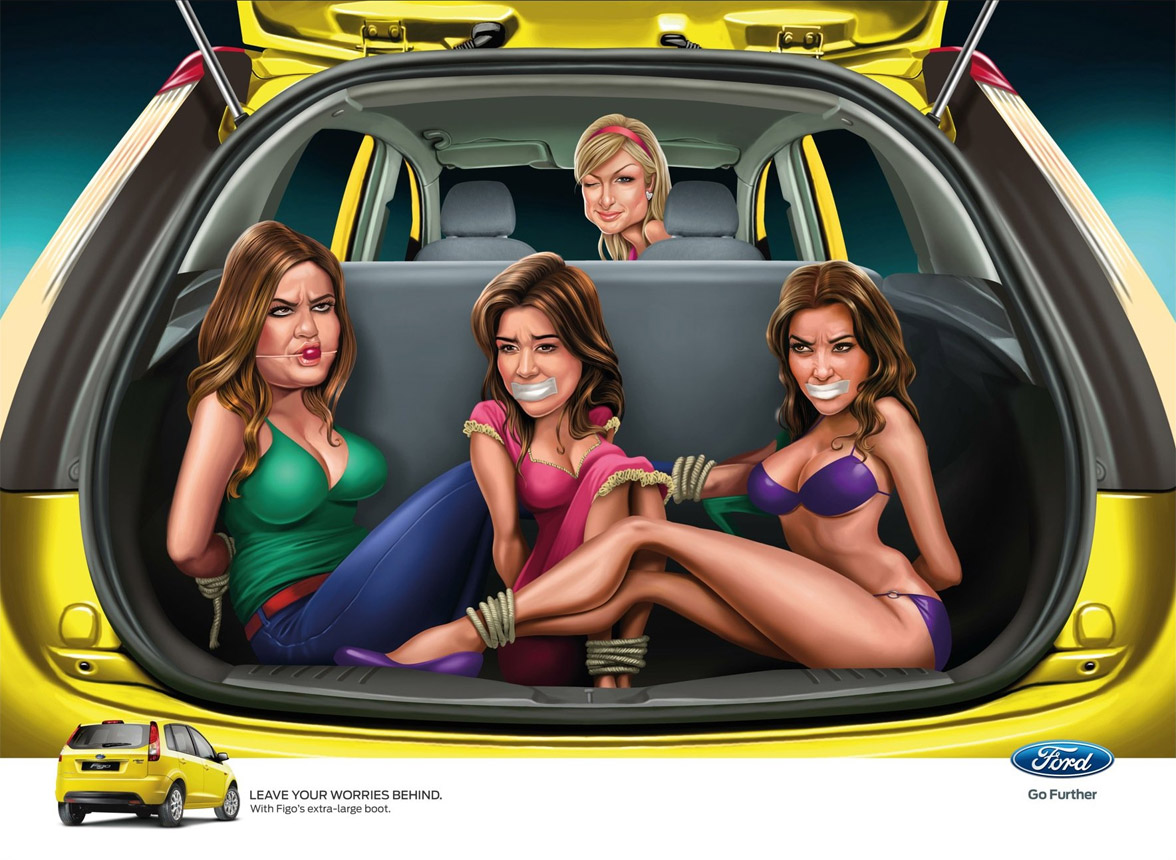 "The ads were created by JWT India, which is owned by WPP. Employees at the firm posted the mockups to the website Ads of the World to "show off their creative chops," reported Business Insider. The ads were not commissioned by Ford, nor were they approved by the company. The ads were removed from the site, but not before Business Insider spotted them and shared the images late Friday. "

The problem, of course, is that it depicts celebrity women being bound and gagged and thrown in the back of a Ford with the caption "Leave your worries behind with [Ford] Figo's extra-large boot.".

Remember, Ford had nothing to do with this, but their advertising company submitted the campaign to showcase their work.

Not surprisingly, this outrageous ad depicting women as someone that men can do whatever they want with, caused an instant social backlash ... and Ford has been in damage mode since Saturday.

And this kind of thing, where a graphic designer or art director uploads made-up campaigns to showcase what they can do, happens every day. You only have to go to sites like Behance or Ads of the World to see them.

Often, it's perfectly harmless and the mockups are actually quite good. But it doesn't change the fact that it's done without the brands' knowledge or approval. The last you could do is to very clearly label the ad as "Not made by Ford. Just a mock-up'.

That's not the only problem. The other problem is the irresponsibility of the media. Business insider posted the obvious link-bait title: "Silvio Berlusconi With A Trunk Full Of Tied-Up Women: Worst Ford Ad Ever?"

Again, remember. Ford didn't know about the ads... so it's not a Ford ad.

And PR Daily posted the article with the headline: "Ford 'deeply regrets' ads showing gagged women in trunk." Indicating that Ford was responsible for the ads... which they were not.

Both cases are obviously done for the purpose of link-baiting, as one commenter wrote: 'Of course, no one would click on the article if it said, "JWT India regrets print ad mock-up"... Cheap journalistic trick.'

And Buzzfeed wrote: "Amazingly, These Sleazy Ford Ads Are Real" ... eventhough the article then states that Ford had never approved them ... causing one commenter to write: "Great job misleading readers, Buzzfeed."

This is what happens when the media turns into a page view whore.