What the same media executives completely fails to understand is why they work. They think it simply about creating visually stunning ads. But that is not why they work at all.

Take the fashion magazine "Elle". Below is a page from the August print issue. On one side you see an article about fancy designer shoes, and on the other there is a highly targeted ad from Jimmy Choo. 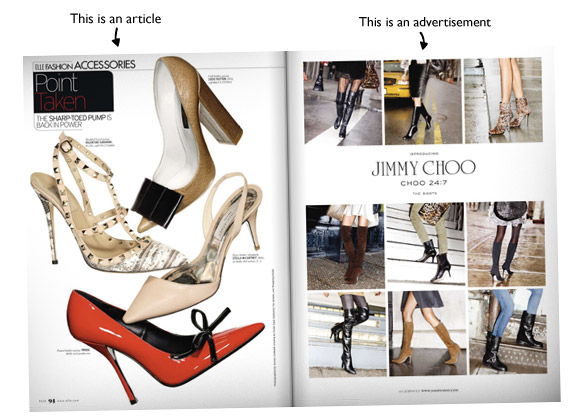 Another page is showing "editors picks" of beauty products, on the right there is a highly targeted ad about the same thing. 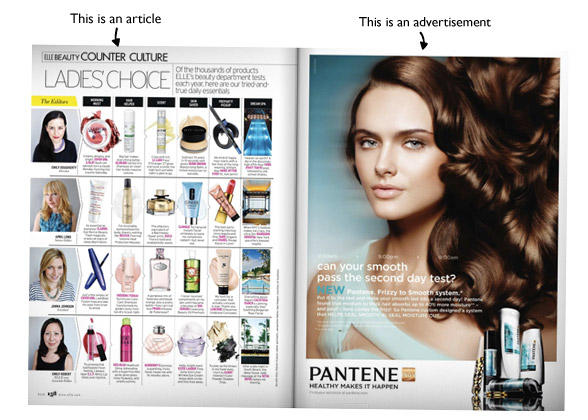 Or what about this? 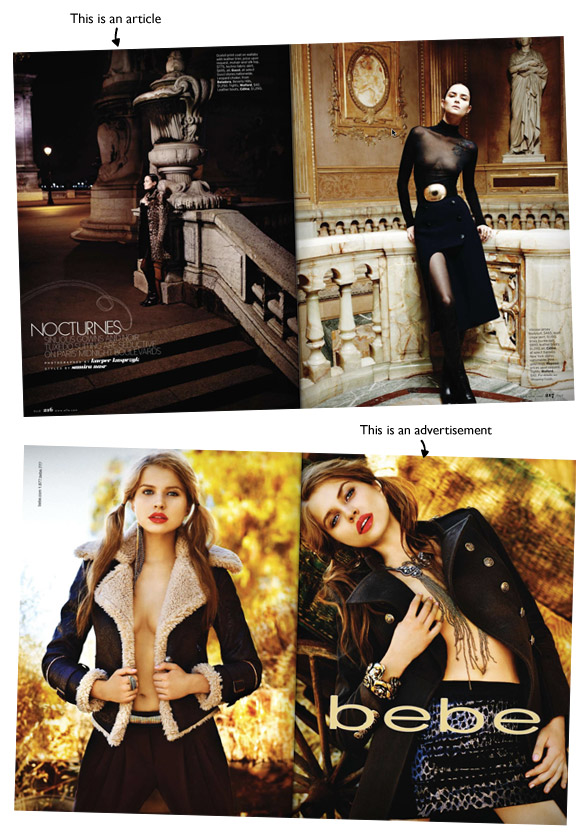 Advertising works in traditional magazines because they are extending the content. It is part of the content itself. It provides editorial value.

It doesn't matter if you see new styles from the editors of Elle, or via an ad. Both present you with new products, new looks, and new things to try.

That's why they work. It's not about advertising. It's about content.

There are also a number of advertisements, in traditional magazines, that don't work. One of them is this one from Gap.

It's not extending the content. It is just graphics. You cannot see the products. This ad doesn't work! It is wasting space, making people to flip to the next page. 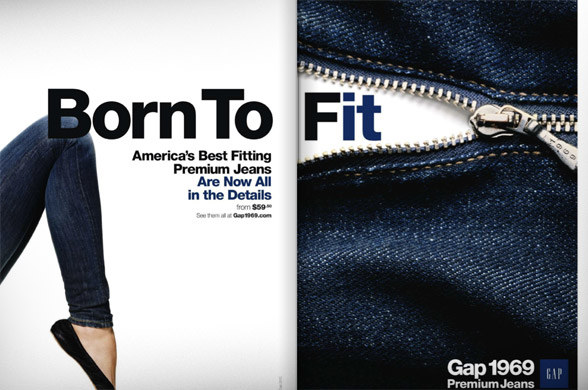 Another example is this ad for some kind of wine. You have an article about bags, and then you are showing wine. It's useless. It doesn't provide any value. It just wastes people's time, making them flip the page faster. 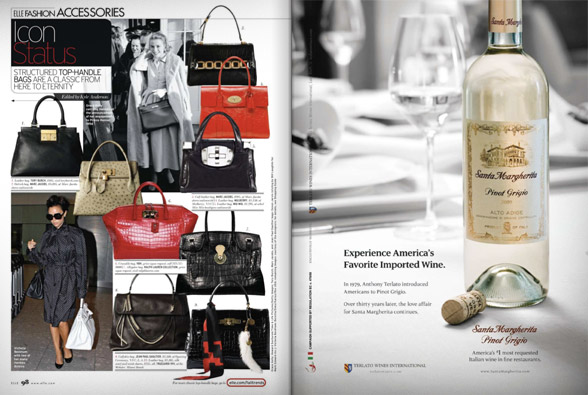 Another fallacy is that most traditional marketing people believe in unverifiable data. E.g. Elle has 1.1 million monthly readers, so if you place an ad in the magazine, how many will see it? The correct answer is not 1.1 million people!

People will not see every single ad in every magazine. They are incredibly adapt at spotting advertisements, and will simply block them from memory.

My guess is that less than 1% will be able to remember the name of the wine displayed above. Just look at yourself. You had to look a second time too. You didn't remember it either.

But, advertisements actually work when it extend the content. The Jimmy Choo ad is probably extremely effective. It's mixing editorial content with relevant ad-content.

That's how it should be done.

Online advertising, however, is completely missing the point. There is no real connection between the content and the banner ads. And because it is a banner ad, it is not accepted as content.

Take a look at the screenshot from Elle's website. Apart from an already cluttered website, the ads are completely irrelevant. People, who read this article, are interested in "self-tanner tips" not Frappuccino. 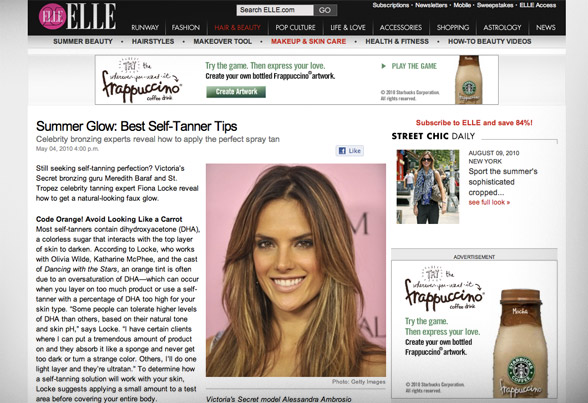 The ads on this page are not an extension of the content. It is lowering the value of the page.

It wouldn't make any difference if the Frappuccino ads were made bigger and more interactive (like Apple is doing with iAds), because it is *not* extending the content.

Bigger ads would just be more annoying. It's like the Gap ads in the magazine. Two full pages that you have to flip before you can see something interesting.

It is same when it comes to viral videos and social media channels.

The Old Spice campaign worked because it wasn't an advertisement. It was many small socially focused stories. The old spice campaign was *content*.

In comparison, Cisco, who tried to copy Old Spice's concept, failed because they turned it into an advertisement.

They didn't tell a story, they used another company's story to create an ad, and they failed.

Right now, the (online) advertising market is fueled by many clueless marketeers who does not understand why their ads do not work. Followed by clueless media people who mistakenly believe that the size and interactivity of the format are the key element.

You can take advantage of that. You can lower your value to easily digested snacks that attracts many ad impressions. But by doing so it will also be impossible for you to get people to pay money for the articles.

The best strategy is to focus on creating value. Advertising in itself is worthless. Extending the value around your product is worthwhile.