One of the most influential design magazines, I.D. Magazine, closed down earlier this week. It's kind of sad, because most people in the design community have been touched by their articles.

But, as with the 429 other magazines that have ceased operations this year (in USA and Canada), this trend is likely to continue for quite some time.

So why did it fail? Well, it's the same old story. (important parts emphasized):

Ceasing publication of an iconic brand like I.D. is never an easy decision, but there are several forces that have worked against its sustainability. Certainly the downturn in print advertising has contributed to this decision, but other factors include the fragmentation and specialized information needs of I.D.'s core readers (product designers) and the plethora of information resources available to them-some for free (online and B2B) and others that are highly specialized and targeted to specific industries served.

There is no question that advertising is getting problematic. Not only for print magazines, but also on all other channels. And there is simply no way that a print magazine can cut cost to keep up. Printing and distributing is hideously expensive, and it is getting more expensive everyday.

Especially compared to internet publishing where all you need is an exceptionally cheap publishing platform (Wordpress, Squarespace etc.), and where you just need to pay the people who actually create content.

But advertising online is equally problematic. Not only are the advertising rates between 20-100 times lower, but companies are increasingly looking towards direct interaction via social channels.

Not to mention that in a world of infinite choice, ad spending is spread across the field to get as much exposure as possible. The days where you could persuade a company to focus a substantial part of their advertising budget, on just your magazine, are gone. 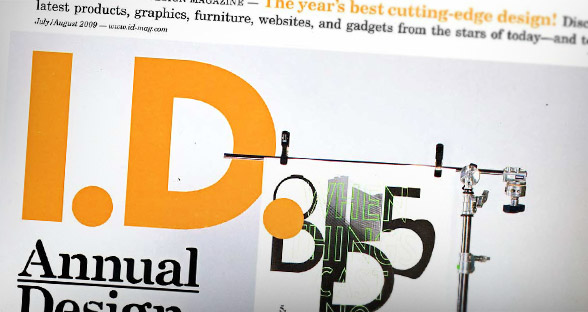 Advertising clearly isn't the only problem, because I.D. Magazine also failed to change. They stuck with the old "generic" design approach, trying to cover as broad as spectrum as possible (just as most other newspapers and magazines). What they should have done instead was to create a number sub-channels, all specializing in a specific field.

In a market of infinite choice, the only way to get really big is to turn niche. Instead of one magazine, they should create five or six niche channels under the same brand and resources.

But the most telling cause is a single word in the press release: "fragmentation"

What I.D. Magazine fails to realize is that the market isn't fragmenting. It is transforming. "Design" in the past used to be about graphics and style, whereas now it is as much about people and feelings.

I.D. Magazines stuck with the old type of jobs. The ones before the transformation. As such, their target market slowly slipped away - and all that was left was the laggards.

The story of I.D. Magazines is a sad one, and I am sorry to see them go. But, we are going to see many more of these stories in 2010.

Ad revenue is a problem for everyone (online and offline), but lack of change is a terrible excuse.