A Cup of Optimism

Unemployment rates look bleak around the world. In the USA, it has been hovering around 9.5% for 14 months straight. So, what could big companies do to make a difference? 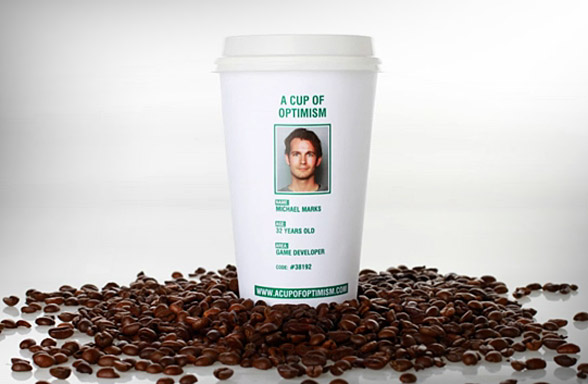 Two students, Rodrigo de Castro and Joan Unzer, came up with this concept for a Starbucks campaign. Unemployed people could print their resumes on Starbucks coffee cups, potentially reaching a huge audience of business people every day.

It is a brilliant concept. Ones of those fancy win-win ones. Some of the unemployed might get a job, while the loyalty towards Starbucks would increase substantially. The social effect alone would be staggering.

I reached out to Starbucks to get their reaction, and they had this to say:

The idea is very creative and is a great story, but it is not a program we currently have in place.

In the meantime, Starbuck did once again celebrate Earth Day (today), by awarding people who use a reusable coffee mug with a free brewed cup of coffee or tea.