Are US Newspapers Still Stuck With 1990s Family Values?

The big news today, of course, is that Hillary Rodham Clinton has been nominated for President by the Democrats. This marks the first time in US history that a major political party has a female leader. And it welcomes the US into what is now considered 'a normal thing' in the rest of the western world.

However, many US newspapers seem to be stuck in the old 'man's world' of the 1990s. For some weird reason that I do not understand, all the major newspapers either didn't prominently show Hillary on their covers, or worse, showed pictures of men instead.

Here is one example from the Chicago Tribune. That's not Hillary!

As many of their readers pointed out:

And Chicago Tribune isn't the only one doing this, many large newspapers in the US did this too.

But before I show you the other front pages, I want to take you back to The Tuscaloosa News, on September 23, 1995. Here we can find an an article about Wal-Mart pulling a t-shirt off their shelves that said "Someday a woman will be president". 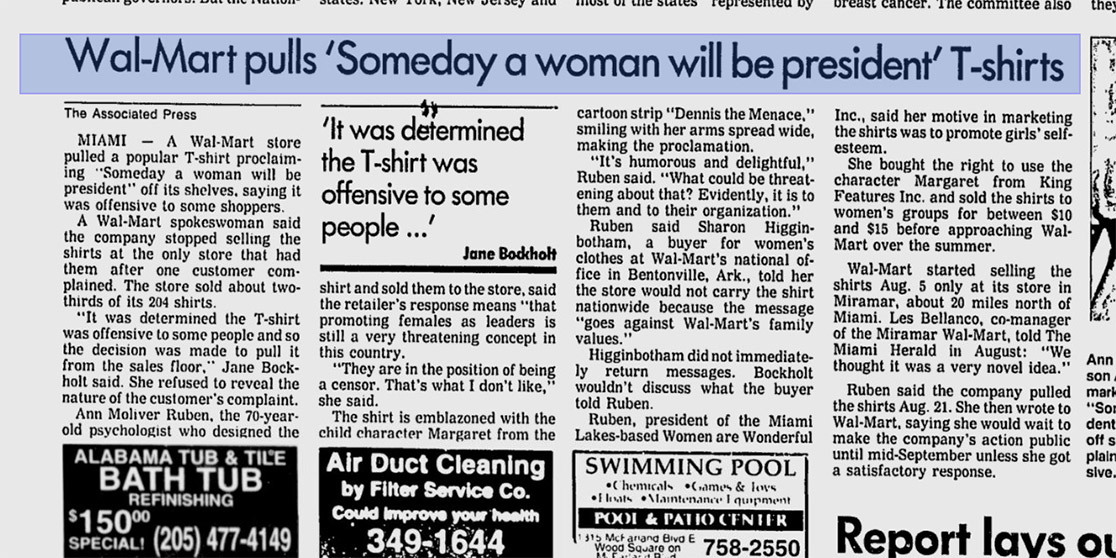 What happened was that one customer (yes, just a single person) had complained about it, which was enough for their legal department to decide that it was 'offensive'. And the reason given was that this message "goes against Wal-Mart's family values".

This was only 20 years ago. How insane is that?

You would think that in 2016 that this would be a thing of the past, and that women would now naturally be featured just as prominently as men. Right?

Well, I already showed you the front page of the Chicago Tribune. Now let me show the front pages of all the other major newspapers: 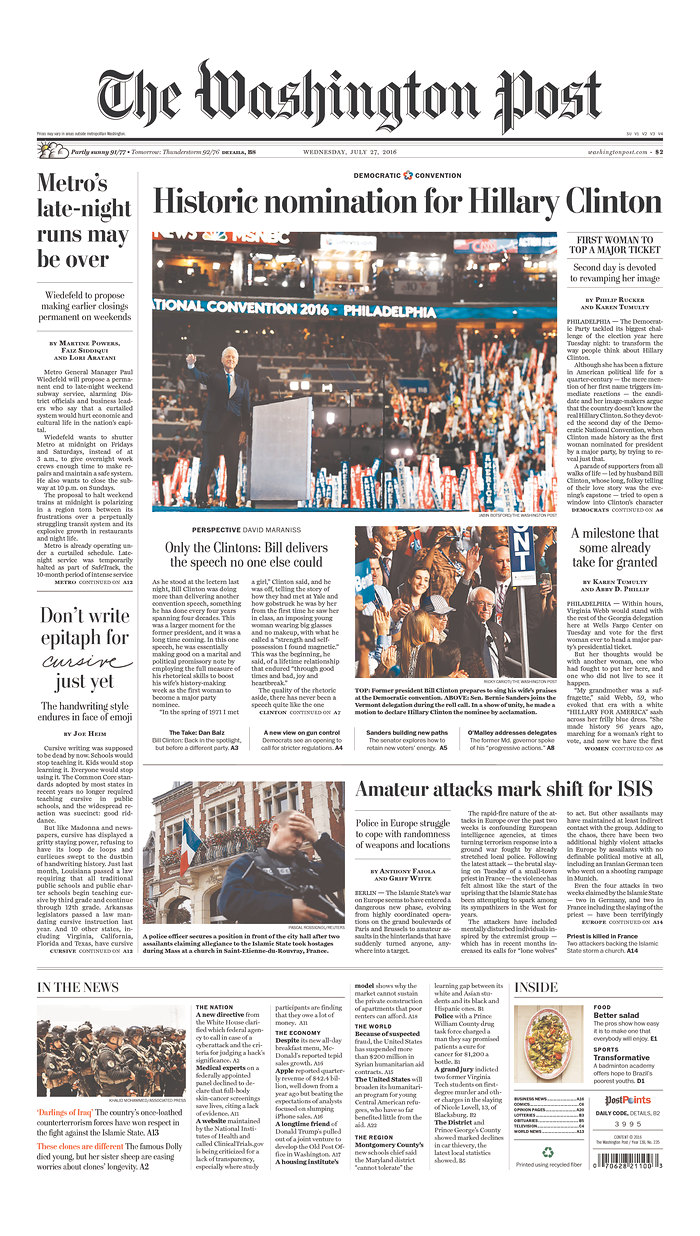 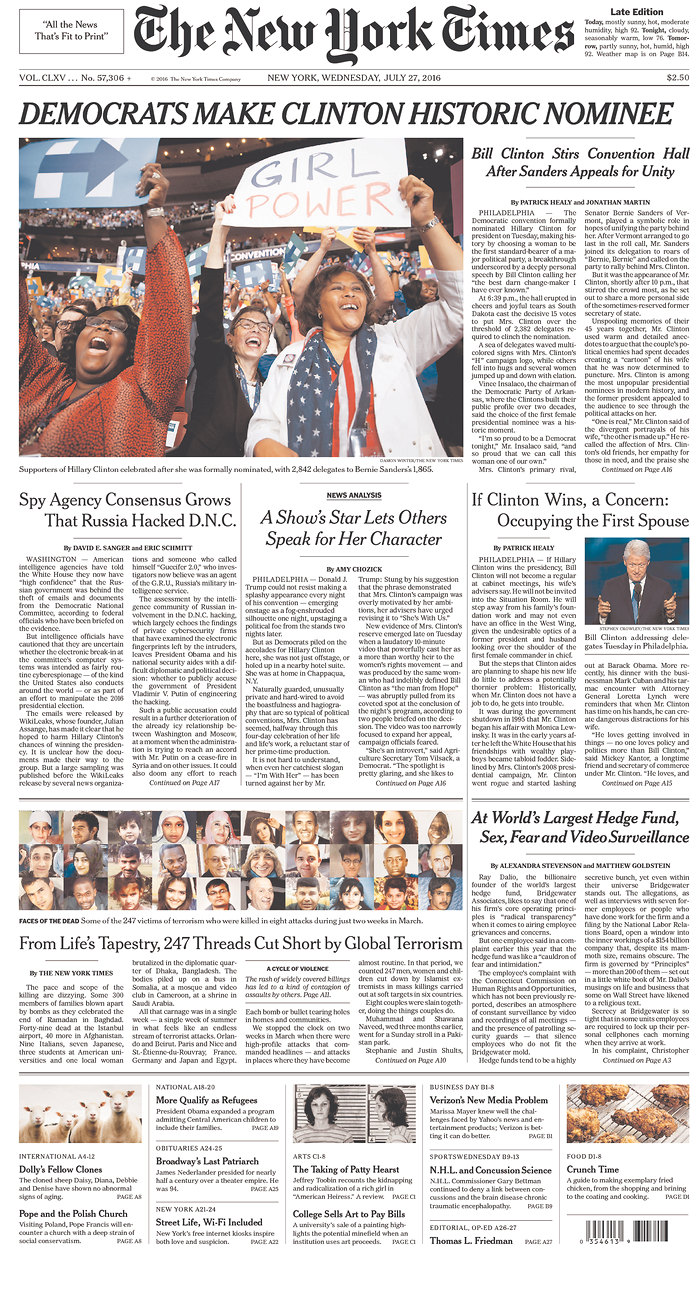 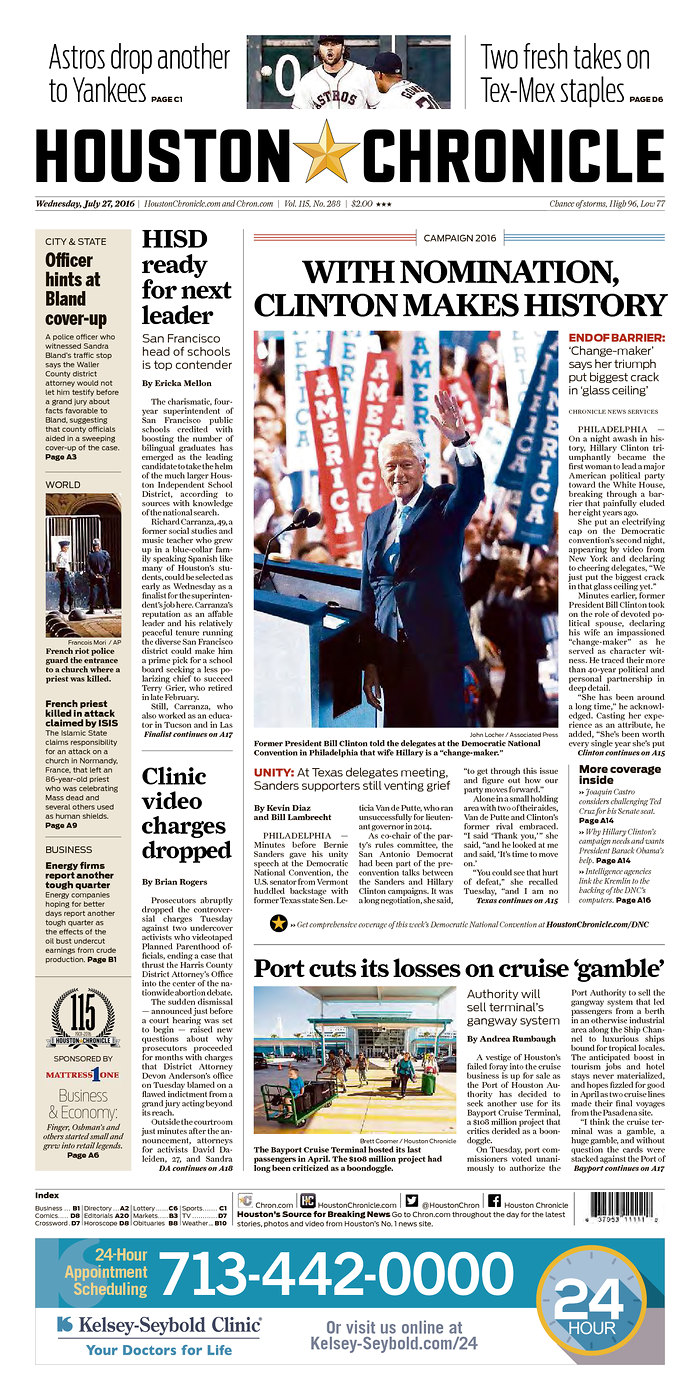 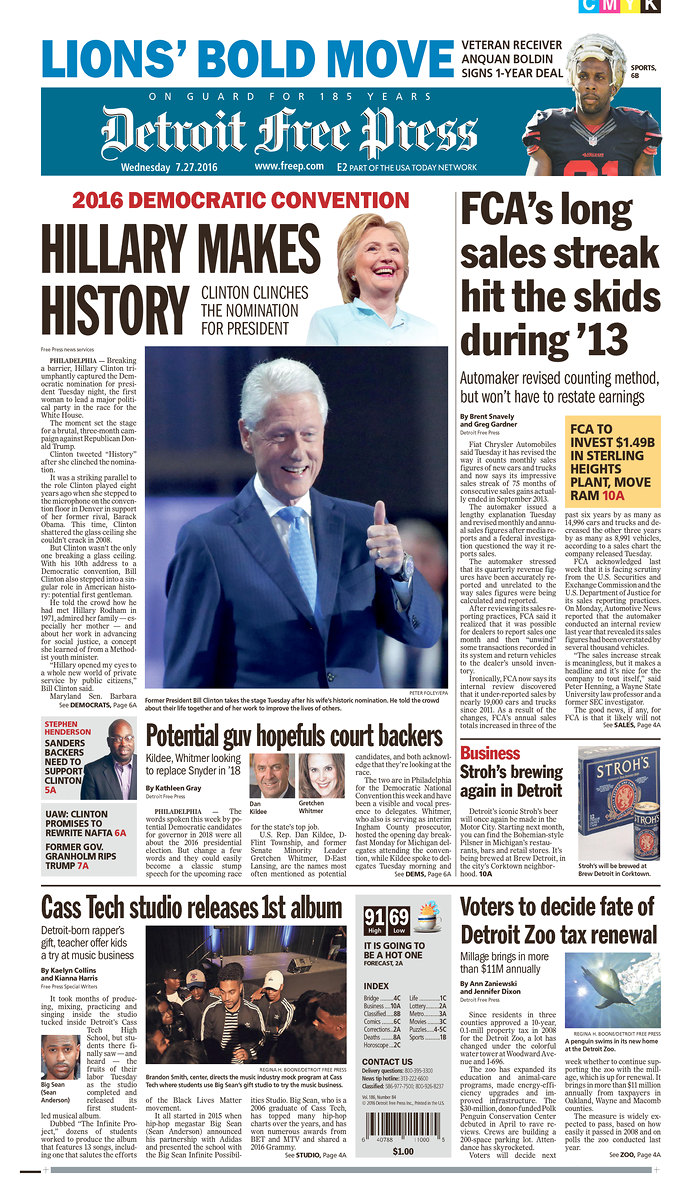 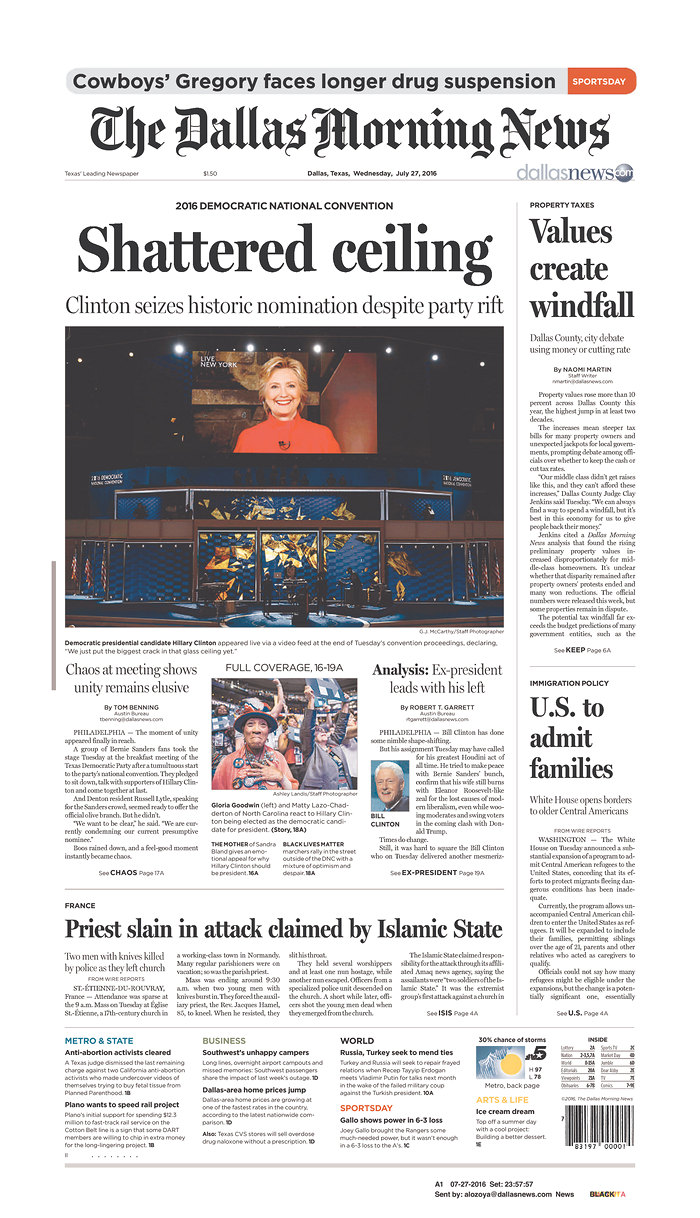 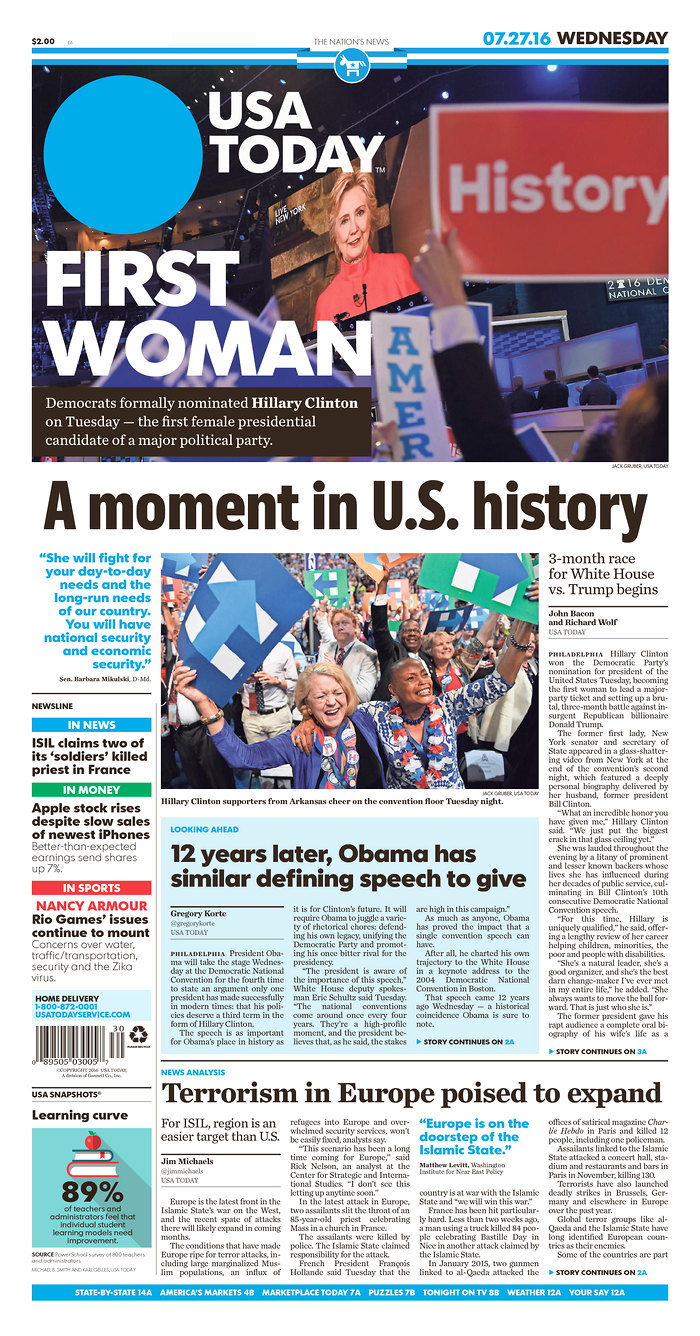 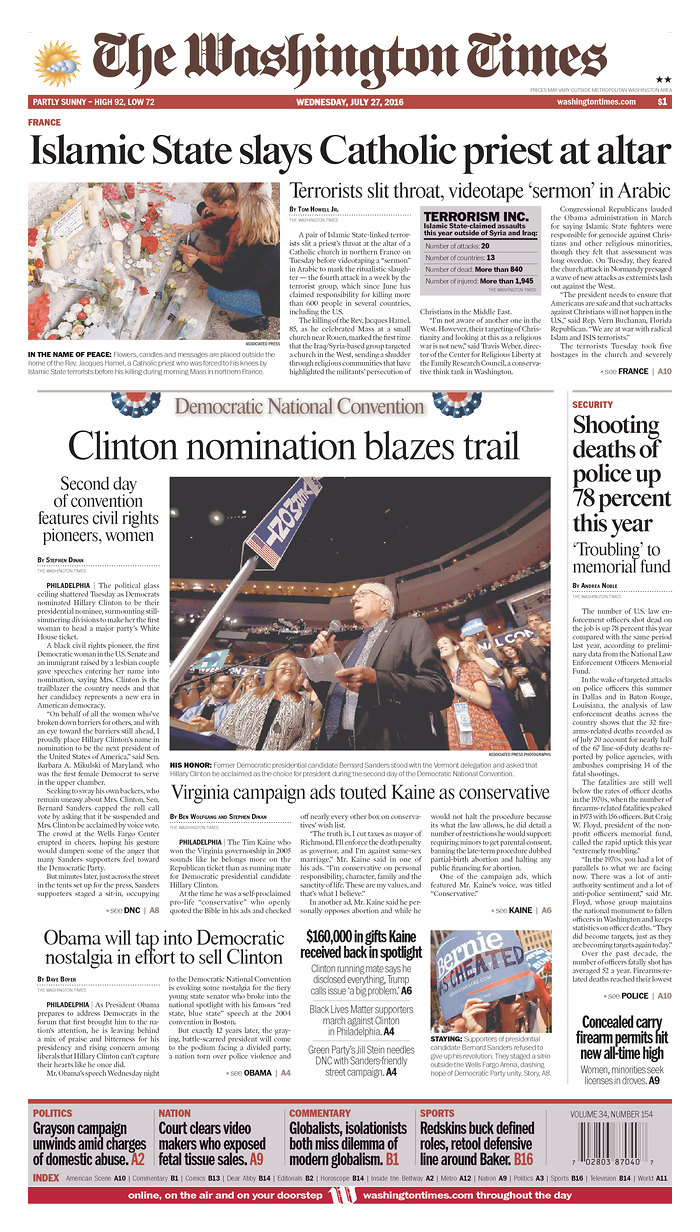 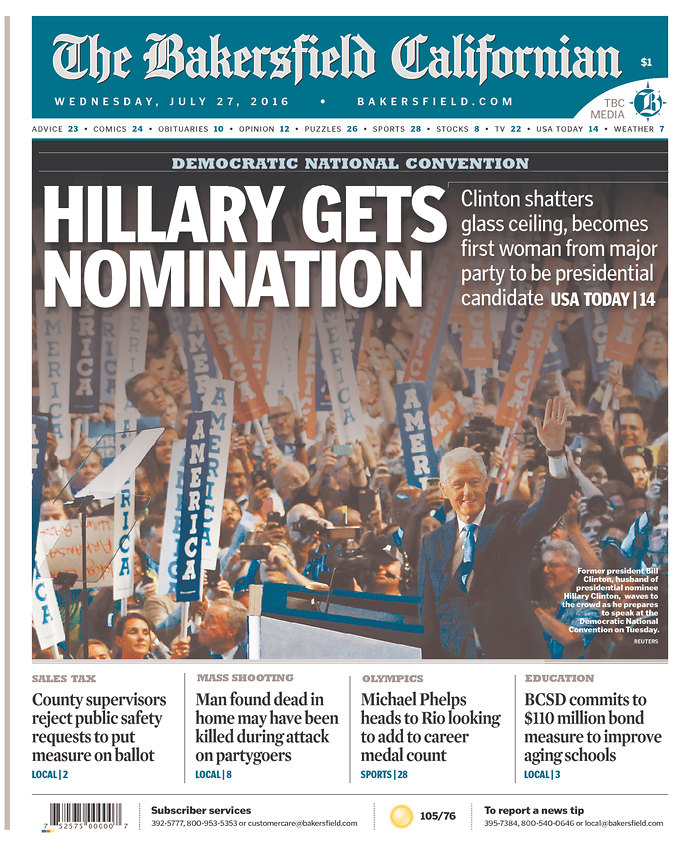 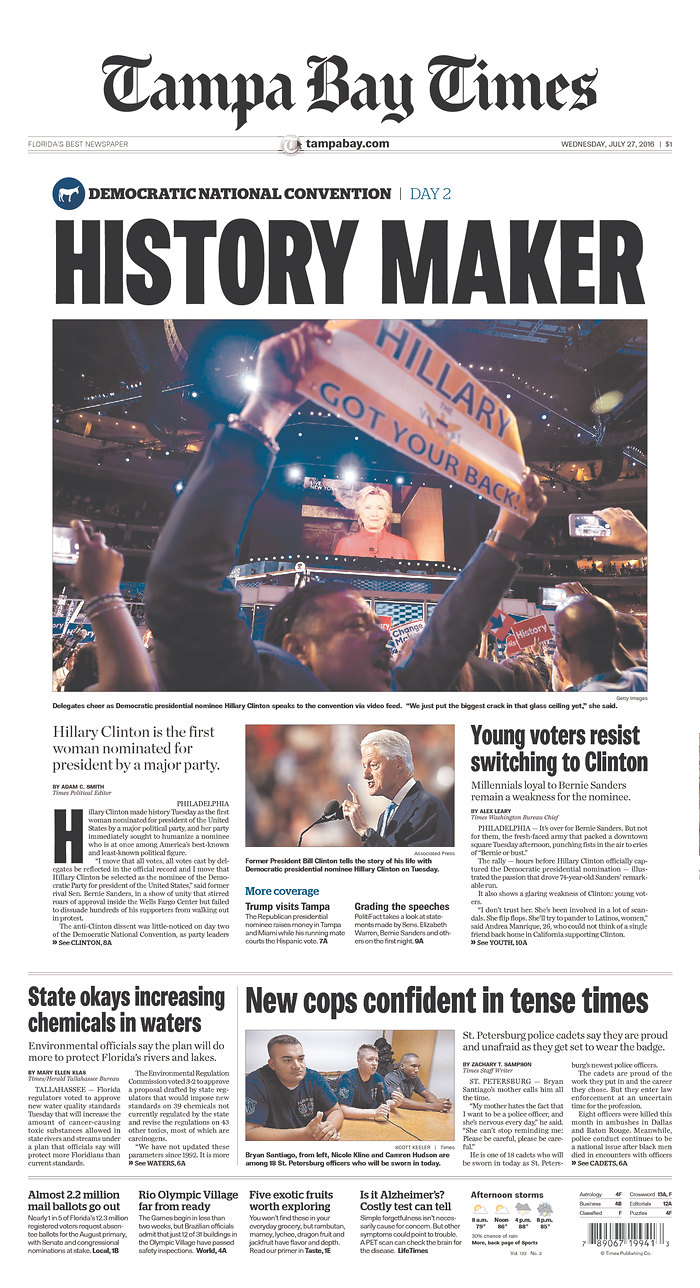 Wake up newspapers. This is embarrassing. Or as Justin Trudeau, said:

There are a few exceptions, though. While The Washington Post's front page is full of men, its magazine prominently features Hillary. And La Opinion, Newsday as well as The Indianapolis Star did it right. 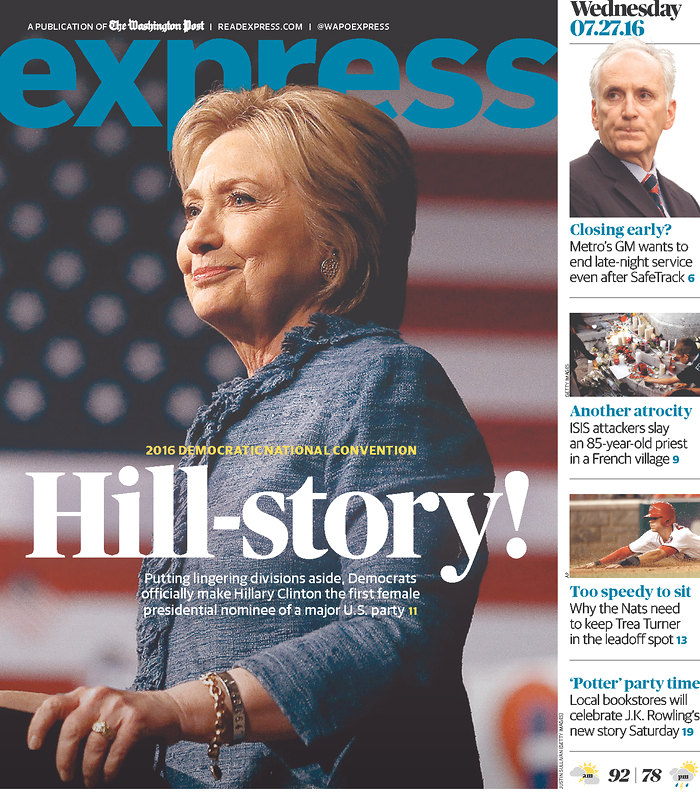 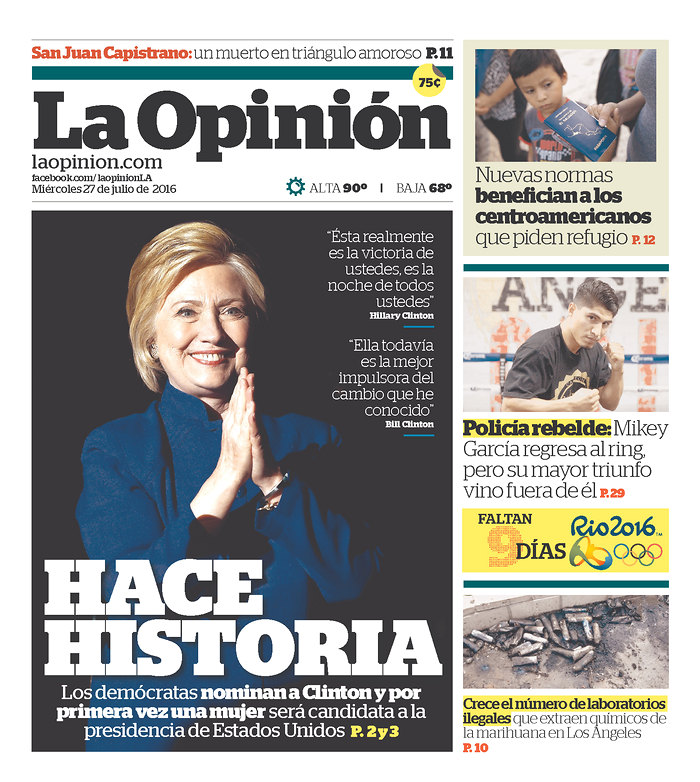 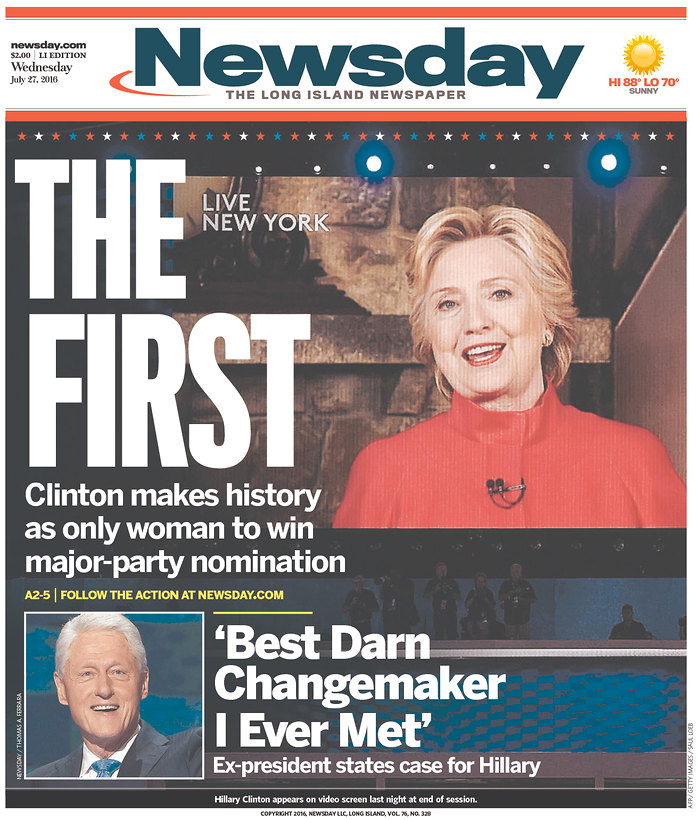 And I will leave it up to you to determine if the front page from Boston Globe is a tribute to Hillary... or to her husband. 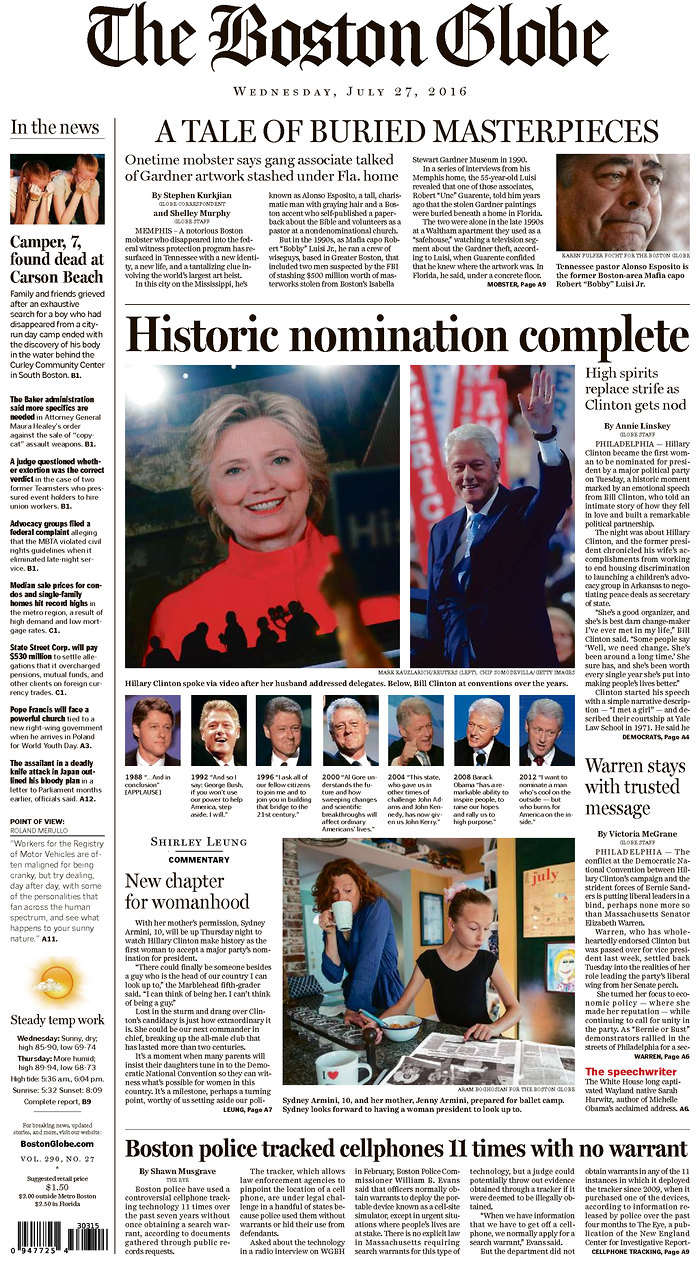 Not to mention Orange Country Register, which does seem to focus on Hillary, but... hmmm...