I missed it completely, the 5 year anniversary of Baekdal.com. It started out on April 25th, 2004, in a time where the whole Web 2.0 phenonemon was just getting started. So I am getting a bit nostalgic, and I found some of the old concepts in my archives.

The idea to start baekdal.com as a magazine did not actually come out of the blue. I started my first online magazine in 2001. It looked like this: 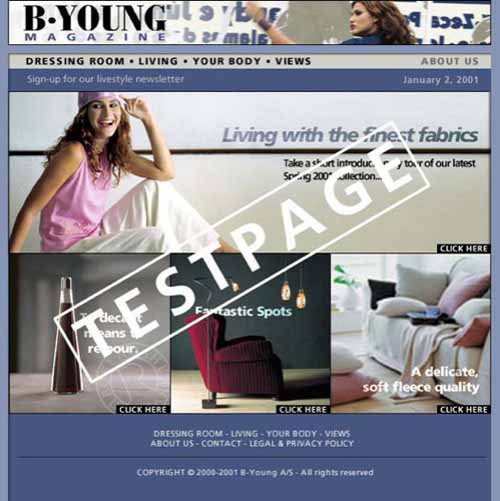 It was an online magazine that I started for the clothing company 'b.young'. It focused on great designs, and fashion in particular. It looked cool, but back then, nobody read magazines online. It wasn't really the big success I was hoping for.

Later I started Zociety Magazine, which was to be another fashion/design/lifestyle magazine. I hired a number of talented people, and we made a ton of content. But again, this was in 2003, and most people didn't have a laptop or broadband connections. So we just couldn't compete with the traditional media. Reading magazine online was not something people wanted to do. 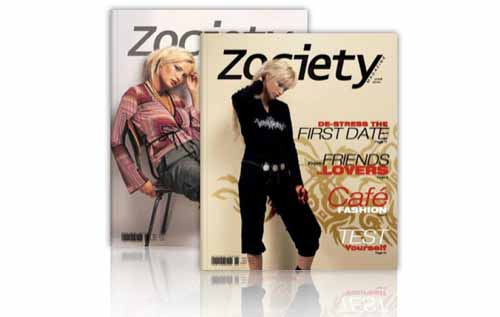 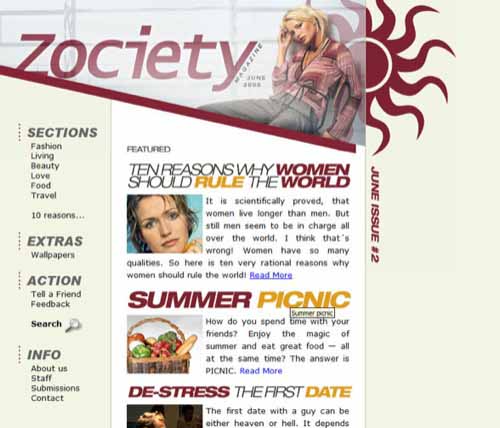 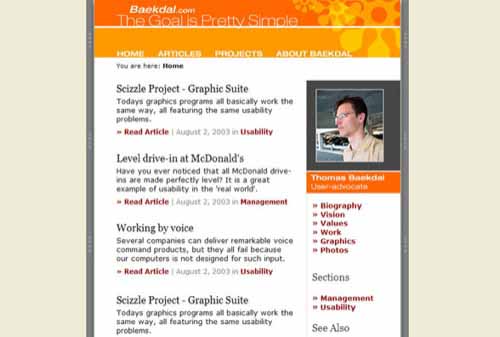 (The first concept, nothing special... never really liked it.)

It was launched on April 2004 as 'Baekdal.com - The Goal is Pretty Simple'. 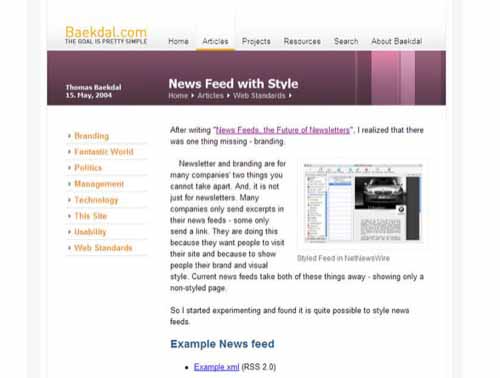 In early 2006, I again changed the focus to more about web as a whole. And later in the year I launched the design section. I wanted it to be about more than just the web. 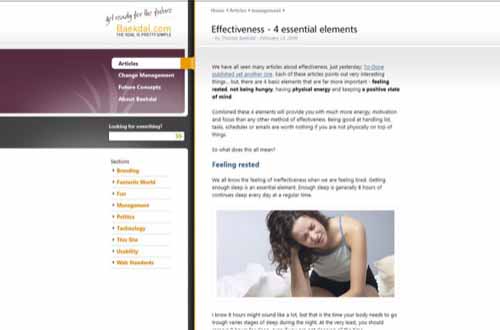 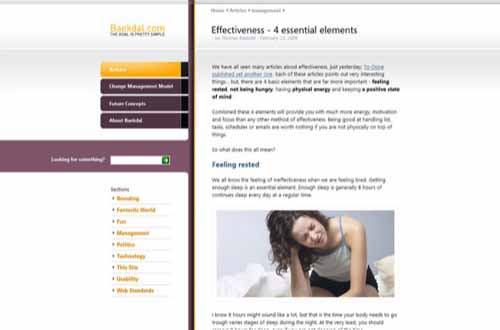 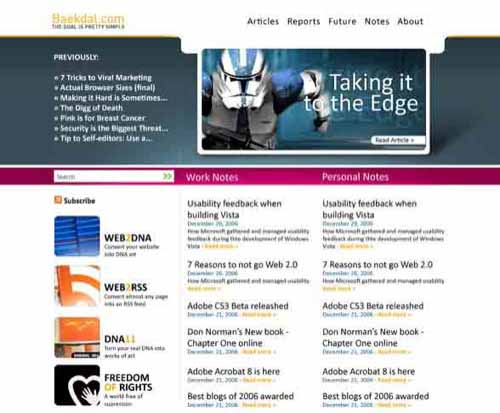 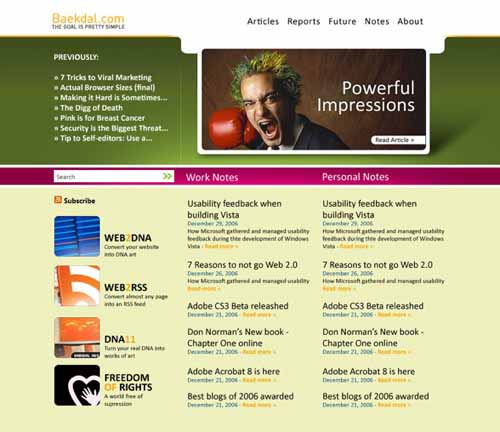 (New design, 3 months later, to make it look more like a magazine.) 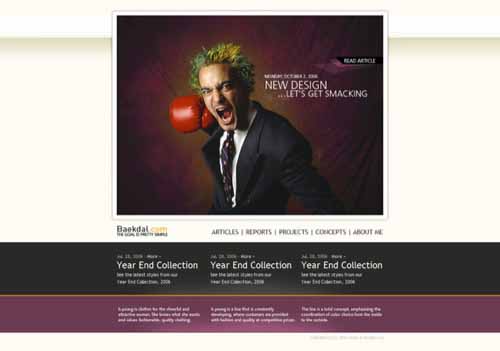 (Design concept that never made it) 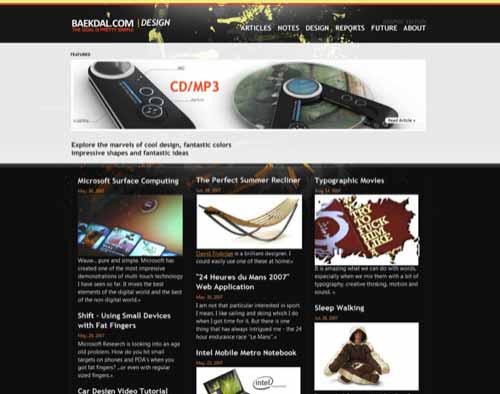 (August 2006. Completely redesigned to enhance the magazine feel, and the launch of the Design section)

And in 2008, I made a another drastic change to the site. It was now about the great experience, which is more than just about the product (and the web). It is also about people, the market etc. It is about future trends, which is a really important element. And, obviously, it also includes the design element.

This is what the site is about today. The-Great-Experience + Future Trends + Design. 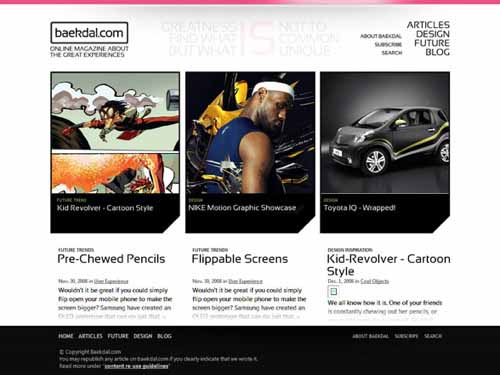 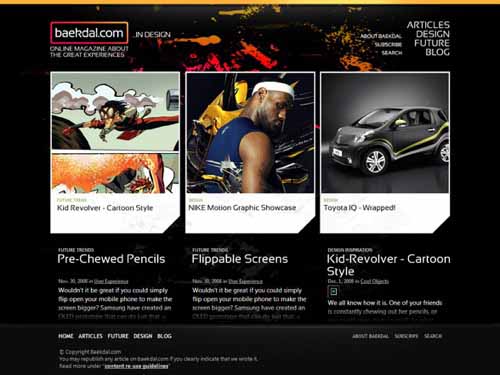 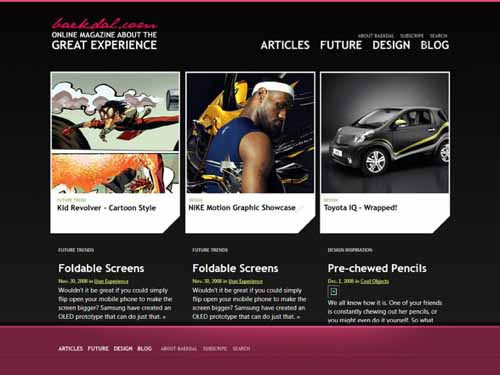 In the past 5 years, I have written 669 articles (one every 2.7 days), and enough characters to fill 8,599 tweets. It has been (and still is) a really amazing project. And I owe it all to you, my readers. Thank you!