This has been an amazing journey, and one I intend to continue for the next 40 years. It's such a joy to wake up every single morning to write about things that help people do better. Not to mention that working as a writer, which to my old high-school teachers bordered on insanity, is such a wonderful way to live.

Also, look at how amazing the media world has changed over the past four years. I cannot imagine any other type of industry that is more exciting to work with. Sure, many media companies are in big trouble, but that's just the result of change. Overall, the media world is growing, which is especially true when you look outside the boundaries of traditional media. 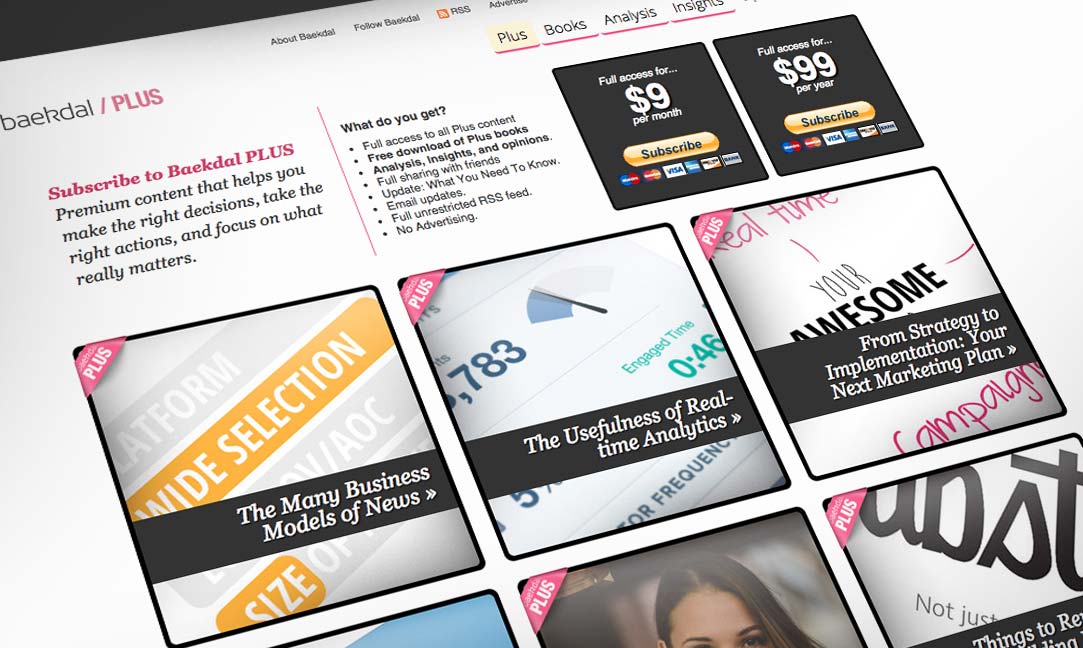 2014, however, was a tough year. Baekdal Media, the company behind Baekdal Plus, ended with a slight loss. This was mostly due to me running out of time, partly due to spending far more time analyzing than ever before.

Back in 2011, I would write a plus article in a day or so. Today, I am spending a week or more, mostly due to how much more analysis that goes into them.

And while that strategy seems to work for Baekdal Plus, it has caused my consulting business to take a hit. I just didn't have time to focus as much on that part of my business as I would have liked.

I have been writing a number of really exciting strategy reviews for some of the largest publishers in the world (and some of which are ongoing), and those have been an absolute joy to work with. But, overall, my consulting revenue was about half of what it was in 2013.

This is the problem you have when you are running a business all by yourself. Time is money, but there just isn't enough time to fit everything in. And Baekdal Plus is the more important long term bet for the future.

Here is a graph of my revenue since launch.

2011 was a terribly scary year. But then came 2012, which was a very good year. The main reason for this was due to just one consulting job, in which I was asked to write a book about advertising strategy for a very big brand.

Sadly, the book was never made public, but that was such an exciting job. You can also see how Baekdal Plus is growing, and how I have been spending less and less time on consulting.

In 2015, I expect Baekdal Plus to grow by another 10%, and I plan to refocus more of my time on writing strategy reviews for clients. Baekdal Plus, of course, will still by the primary focus by far.

There is another interesting thing I want to add here. Every single one of my clients are also subscribers to Baekdal Plus. These are brand managers or publisher execs who have been reading the Plus reports, but want to get a more detailed strategy review of how it would apply specifically to them.

This is a pattern that I'm so excited about.

A bit a fun

Since this site is now also 15 years old (and 10 years as a source of publishing), let's go back to 1999 to see how silly things were back then.

Obviously, any site that has been around for 15 years, are going to go through quite a bit of change. Back in 1999, Baekdal.com was purely a personal site. At the time, I was working for a company that sold design apps for fashion designers, and I was traveling around Europe teaching fashion designers how to design their clothes on a screen rather than on paper. In the evenings and weekends, I was doing on/off web design, but mostly just having fun drawing cartoon characters.

At the same time, I was also running a number of other sites, one of which was called The Canvas Community, which was a news/tutorial online magazine about the design app Canvas (which was what we used to teach fashion designers with).

As such, Baekdal.com was not used for anything serious at all, and this was what it looked like:

Remember, back in 1999, Flash was a really hot thing, especially flash animations. So, for Christmas, I changed the site and posted this on my front page instead:

And when we reached January 2000, I removed the Christmas hats and we ended up with this:

The fun part was that it got picked up by the Flash community, and for the next year or so, this flash aquarium received an average of 300 views every single day. That's 100,000+ pageviews, which is a staggering amount of traffic for what was then just a personal site with a flash movie on the front page (and nothing else).

Anyway, Baekdal.com continued being mostly just a site where I posted personal things, until 2004 where it was relaunched as a blog/magazine about usability, branding and management. 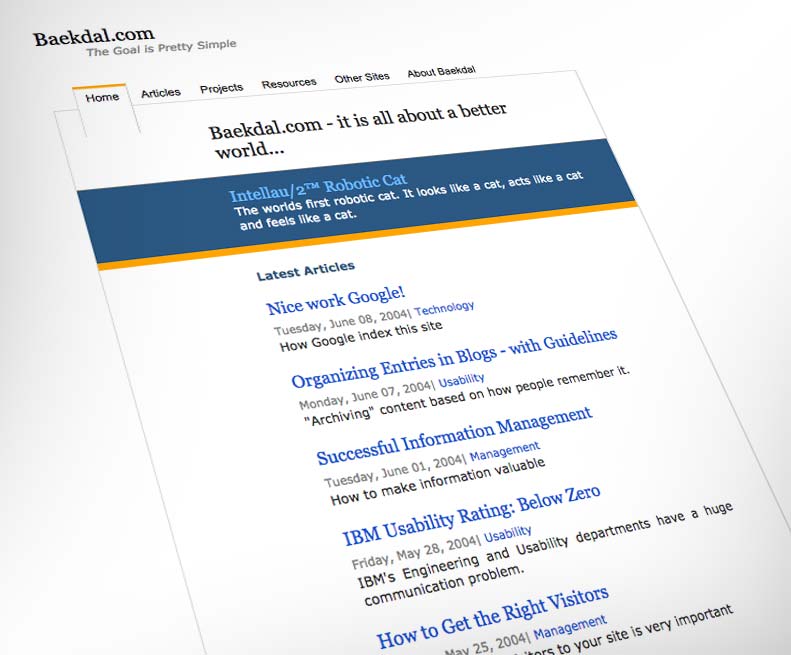 This was 10 years ago! Today, of course, Baekdal Plus is exclusively about strategic analysis for the media industry as a whole.

BTW: Already back then, cats on the internet was a pretty big thing. So I created 'Intelliau/2'. It was originally intended as an April Fools joke, but somehow it changed into being a concept for the future.

One funny thing about it, was that it was based on the future of sensors. It had all of them. In 2004 (long before the iPhone, the Google Nest and wearables), these kinds of sensors were pure sci-fi, but today many of them are a part of all our devices and used every single day.

Of course, the 165-year battery life is still a bit off. 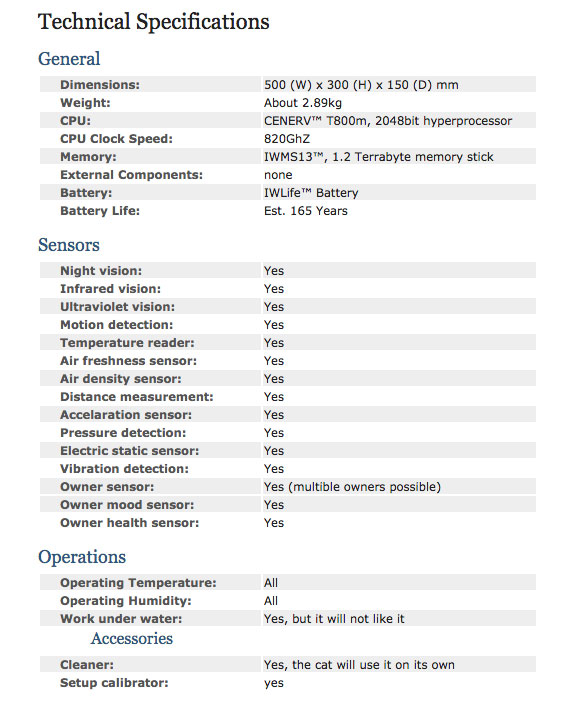 Anyway, that was just a bit of fun. That was then, today is about something entirely different.

Thank you all for being part of Baekdal Plus for the past four years. And thank you even more for being a part of it in the years to come.

You are the best!