We have Black Hat SEO and White Hat SEO. One is terrible, the other is good. And the same can be said about viral.

Black hat SEO attempts to improve rankings in ways that are disapproved of by the search engines, or involve deception.

White hat advice is generally summed up as creating great content for users, not for search engines, and then making that content easily accessible to the search engines, rather than attempting to trick the algorithm from its intended purpose.

Similarly, black hat viral content attempts to improve pageviews and clickthroughs in ways that involve deception or social engineering. One technique involves using deceptive headlines to lure people to click on a link. Another method uses optimized psychological triggers that trick people to act in a certain way, much like gambling sites.

White hat viral content is about creating great content that inspires and empowers people, resulting in a form of word-of-mouth that is based on sharing that value.

In the SEO world, people resorting to black hat techniques are shunned and despised because they 'ruin it for everyone'. But it wasn't always like that. In the early days of SEO, everyone focused on black hat techniques. It was the norm until we realize how bad it was.

To give you an example:

Walk off the Earth is a great example of 'white hat viral content'. Take a video like the one below where they do a cappella/beatbox version Taylor Swift's hit "I Knew You Were Trouble".

It's amazing... and it went viral because of it. It currently has 21 million views.

In comparison, The content below is black hat viral content. It's content created for the sole purpose of optimizing how many clicks and pageviews they can get from social channels. They don't care about you and me. It's only about optimizing for the clicks. 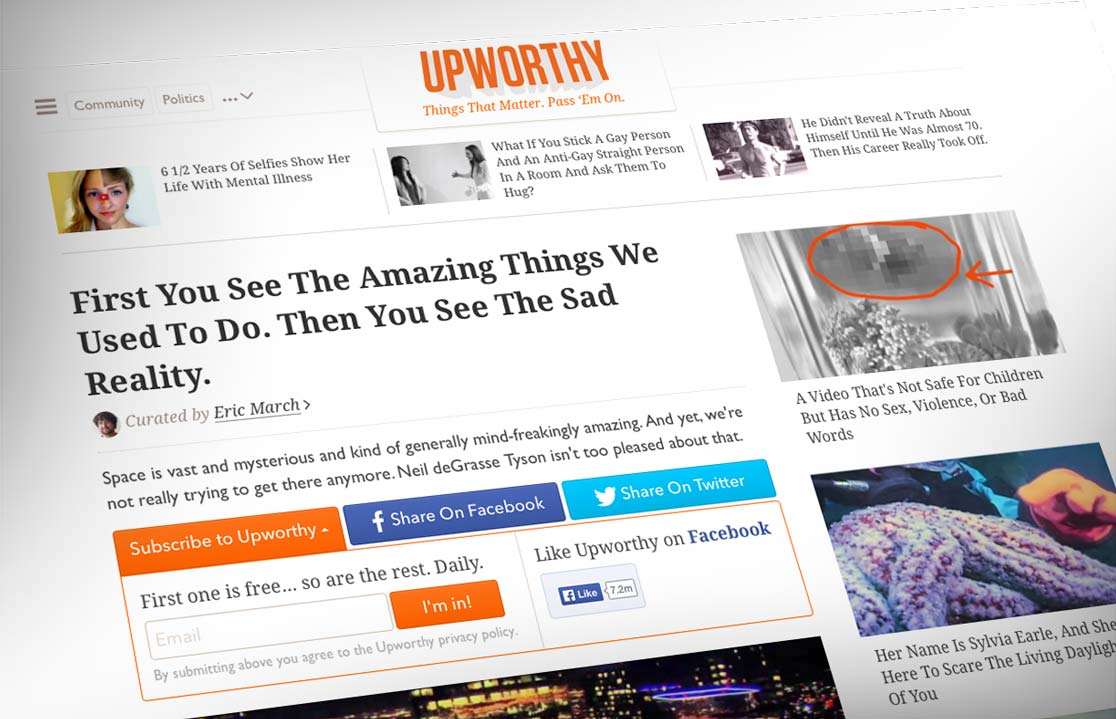 My question to you is simply this (if you are a publisher or a brand): Do you really think you have a future in focusing on black hat viral content?

Of course, It's not just about content. It's also about all other forms of media. Take gaming. We have white hat games, that focuses on giving you amazing experiences. Games that are so good that people want to support their development through steam early-access and crowdsourcing.

And then we have black hat games, which are about optimizing psychological triggers that forces people into an endless in-app purchasing cycle.

So, the next time you have an editorial meeting where you are going to discuss your future content strategy, bring a white board with you and write 'black hat' on one side, and 'white hat' on the other side. And then for each content idea people propose, place it in either one.

If you end the meeting with your content ideas leaning to the black hat side, ask yourself if that is really what you want to bet your future on.