One thing I cannot stand is how the how traditional media try to prevent anyone from linking to them (use of news aggregators), while they are constantly stealing other people's content themselves.

News aggregators only link to an article, effectively providing free exposure and traffic - which is a good thing. But many traditional newspapers are continually involved in direct theft of other people's content.

Many newspapers apparently believe that just because something is published on a blog, Twitter, or on another site, it is free for the taking.

Remember the recent story about AFP stealing pictures out of Twitpic, relicensing and republishing them without compensation (they sold them to other newspapers). The courts eventually had to tell them to own up to their criminal behavior.

Here is another example I found today and Denmark's 3rd largest newspaper Politiken. They found a video on YouTube about the flooding in Australia, downloaded it, added their own pre-ads, and republished it as a news story. They even featured it on the front page as one of the big stories of the day. 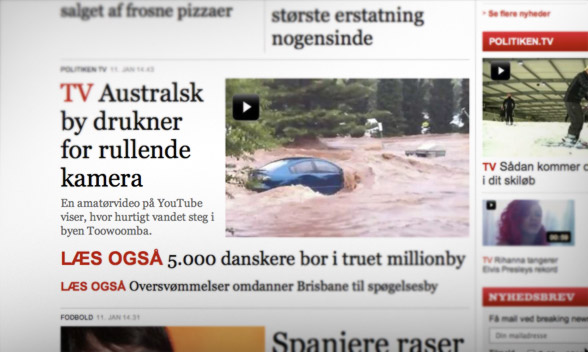 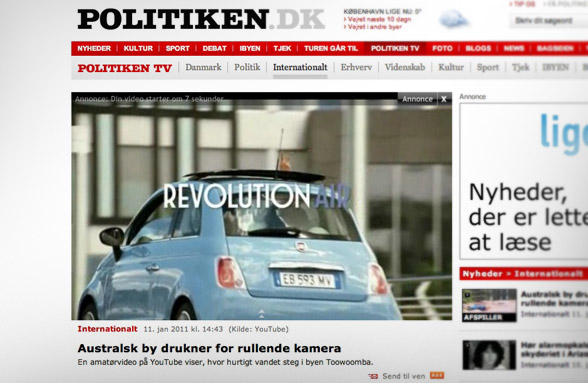 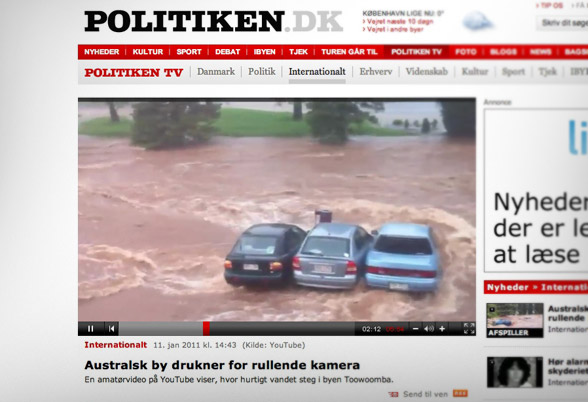 They do not have the right to republish other people's content, regardless of where it is posted. They may link to it, or if enabled, embed the video - but they may not take it, remove the ads, the real source, and all that goes with it.

When they do this, the uploader do not get recognition for his work, he will not get a share of the advertising revenue (as he would if the video reached a certain level of traffic on YouTube), and he loses all control over the video.

Traditional media are struggling to survive, and part of the reason is that people no longer trust them. They often fake the headline, twist stories to sound like scandals, and continually screw people over.

No wonder why people leave for more trusted news sources - like, you know, independent blogs! Ask Darren Rowse (ProBlogger) or Brian Clark (Copyblogger), and they will tell you that the most important elements of any successful blog are to create value in a trustworthy way.

Tradtional media needs to stop acting like thieves, and kings of all media, believing they have the right to everything. And start acting with the same ethical integrity as professional blogggers.

BTW: Here is the real video, embedded via YouTube, as it should be shared!