Every year, Oriella PR is doing a study among journalists on how they see the future of media, and what they focus on.

This year's study, among 770 journalists in 15 countries, is very interesting. Clearly people are starting to "get it." In change management terms, we have moved from a period of denial to a new period of acceptance.

Journalists are more optimistic, and the financial crisis is less dominant.

But, there is also a very clear trend against traditional media. 53% thinks print will be taken off the market, up from 32% last year. More people think the future is digital only (but still at 14%), and only 25% now thinks that people "will return," down from 42% last year. 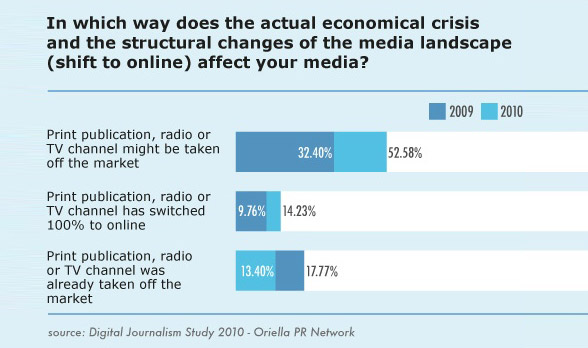 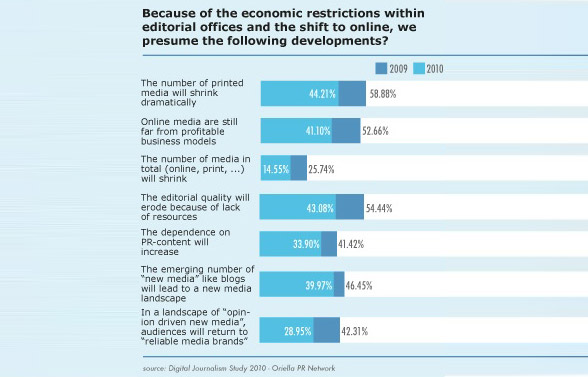 To me this indicates the split we see in the media industry. One group embrace the change; another group does not believe the change is real.

It's the Netflix vs. Blockbuster all over again. Netflix believes that DVD renting will disappear and focus on digital streaming. Blockbuster focus their efforts on their brick and mortar business, and their digital content strategy is almost nonexistent.

everyone agrees that the new media changes will result in a loss of readers and advertising income. 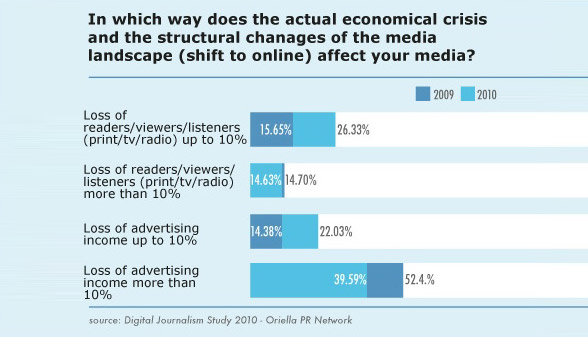 Social media adoption is also interesting. Social media newsrooms are up by 90%, while almost all other channels are down by 20-30%. But the traditional communication channels still dominate. 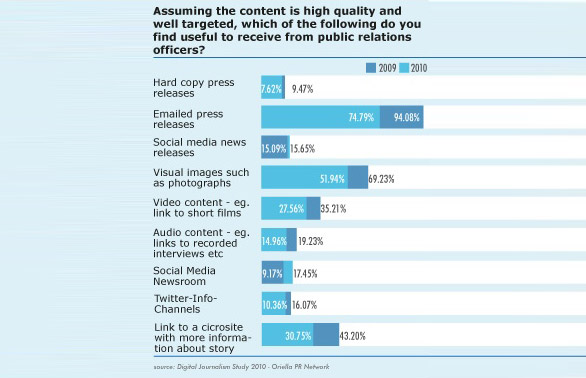 The media industry is still largely stuck in the traditional world. There is still a lot of uncertainty, and the new channels are growing but not yet dominating. The 30% still believes that new sources of revenue can come via "free access to online content for print subscribers" - good luck with that.

But the media is changing, and there is hope in the horizon. 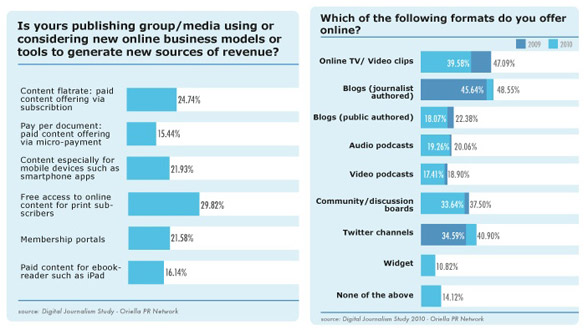 For a more detailed summary, take a look at the video below. You can also download the full report from here.

And, let me know your interpretations in the comments.