Earlier today, Facebook launched its location based service called Facebook Places. We all knew it was coming, and that it would not be highly innovative, but there were still a few surprises.

Facebook Places is basically the core location elements of what we know from Foursquare - without the badges, the majors, the statistics, and the ability for brands to use it for promotions etc. You know all the things that make location based services exciting.

Instead, they are only going to do four things.

It is unimpressive. It is what you can do in Foursquare, *before* you really start to use their app. 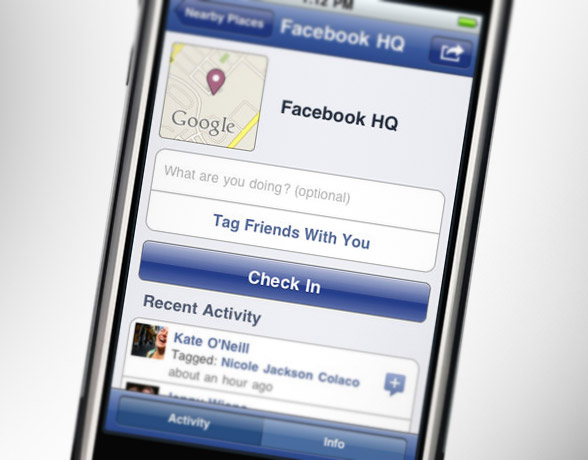 Then there was the big disruptive part. Foursquare, Yelp, MyTown, and Gowalla is looking to integrate with Facebook Places.

Boom! That changes everything.

Facebook has effectively positioned themselves as the platform of all location based services. If I were Google or Twitter I would be scared. Really scared!

It was surprising to see them all on stage, and as I tweeted earlier:

Partnering with Foursquare, Yelp and Gowalla... I don't get it. It limits them to become *extenders* instead of platforms. /@baekdal

Badges is a gimmick, it will grow old fairly quickly. So are stamps and most of the other stuff that Gowalla and Foursquare are doing.

Interesting enough, after the announcement VentureBeat discussed the future with Dennis Crowley, Foursquare's CEO... and apparently they are not as excited about it as it first appeared.

Crowley said that Foursquare hasn't committed to anything because the team still needs to try out the service.

While Facebook might seem like a giant able to crush Foursquare, Crowley emphasized the different missions of the companies. The core of Foursquare is check-ins " getting people off the couch and into the world to try new things and share with friends " while with Facebook check-ins are just another feature.

Foursquare and Gowalla have the wrappings, but Facebook provides the substance. That has worked well for Zynga and FarmVille, but only because Facebook themselves have no desire to create games.

Right now Foursquare is facilitating the location based activities (the check-ins), but in the future that will be taken care of directly by the brands and companies. Especially if they have a platform like Facebook to use as the engine.

The future of Foursquare and Gowalla will be limited to extending a location (the gimmicks), instead of being the channel.

But, what is much worse is that Facebook is now free to innovate at their leisure. Each time they launch a new feature, Foursquare and Gowalla will see another piece of the pie disappear.

It's not about the features (they are practically non-existing), it's about Facebook taking control of the *location platform*.

Facebook has all the people, the photos, and what they share (99% of location based interaction). All they needed was the places (the 1% that is the metadata that ties it together to a location).

What they don't have is the "games," - the badges the majors and the stamps. This is what Foursquare and Gowalla brings to the table. They are extensions, the activities and the fun add-ons.

They also do not have the vital connection to companies and brands. Foursquare still holds the keys to this. Facebook displayed a severe lack of brand integration at the announcement.

It is going to be exciting to see just how far Foursquare and Gowalla are going to "integrate". 500 million people is a tempting offer. But is it so tempting that they are willing to let Facebook control the platform?

The really big question is. If they use Facebook as the platform, do they trust them not to add features that compete with what e.g Foursquare is doing "extra"?

On the upside: This might just be incredible good news for brands and companies. Today it is hard to do location because it so small, and none of the players really dominate. If they all integrate with Facebook places then the brands can just update one site (their Facebook Place page), and it would be visible on both Foursquare, Gowalla and MyTown.

+ Location based interaction via Facebook, where most of your customers already have an account? Now that's interesting!

More on location "The Future of Foursquare/Gowalla" (published earlier), and coming up is "What Facebook Places Really Means to You"