Everyone knows that we have an equality problem in the media industry, both in terms of gender, ethnic and cultural bias. Most newsrooms is still dominated by white men. And the reporting is often male dominated, even when it's covered by female journalists.

Of course, equality is more than just about matching the population, it's also about the focus. For instance, in Europe, many newspapers are focusing on stories about immigrants (both first and second generation), and yet, most newspapers don't really employ anyone with that insight or background.

This is a bit of a problem, isn't it?

If your newsroom is dominated by white men, focusing your coverage on non-white immigrants is probably not going to end well ... even if you try to be fair and neutral.

But the reason I point this out is because I had this very discussion earlier today, and it got me thinking about how I am doing myself.

I usually take pride in having an inclusive focus. 97% of my business is coming to me from outside my own country, from all parts of the world, so I don't think about people's race or gender. To me everyone is from this same place called Earth.

But I'm painfully aware that most of my sources of information are heavily male dominated, and I don't like it. For instance, I just checked who I am following on Twitter, and the result was not pretty. 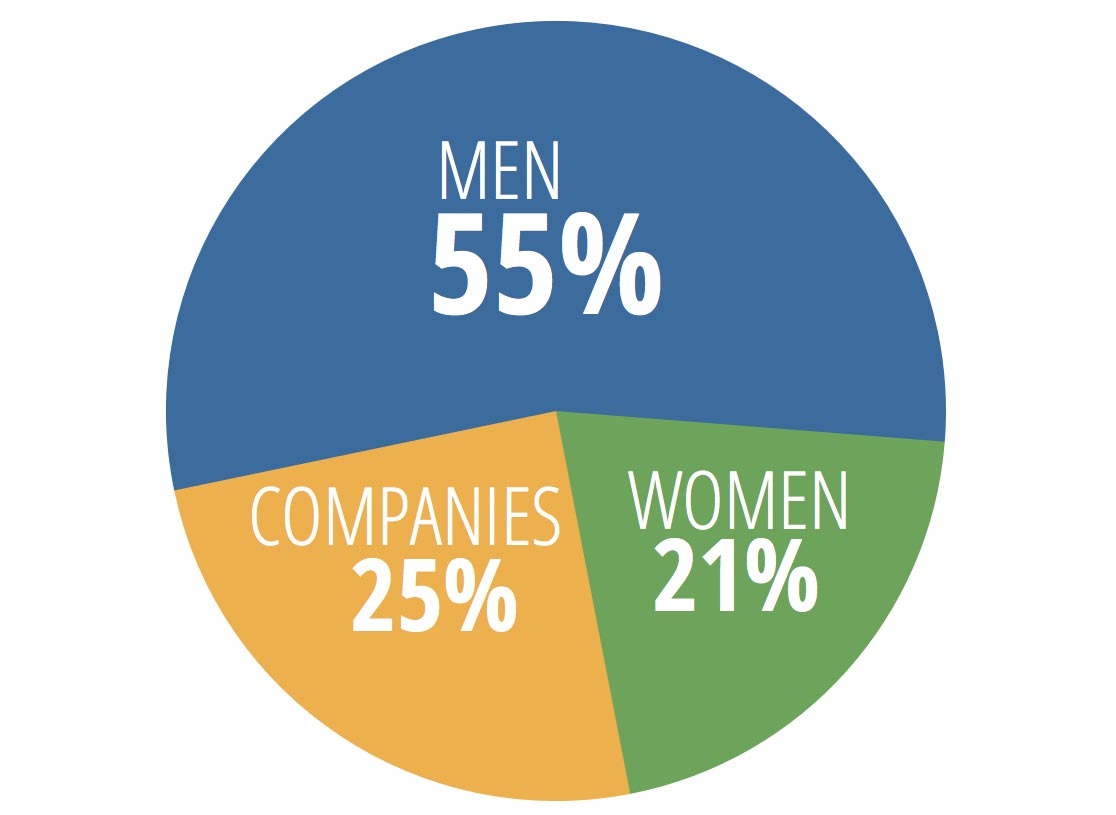 I'm doing this as badly as everyone else. I might think of myself as not being part of the problem, but clearly I need a better mix of sources to follow.

So, my goal for 2017 is to fix this... and hopefully within only a few months. But to do this I need your help. I don't know what women (or other ethnic personalities) I need to follow

Thanks to the help of so many wonderful people suggesting women to the list below (and in other ways, I have now achieved gender equality on my Twitter following list. This is the status as of May 2017: 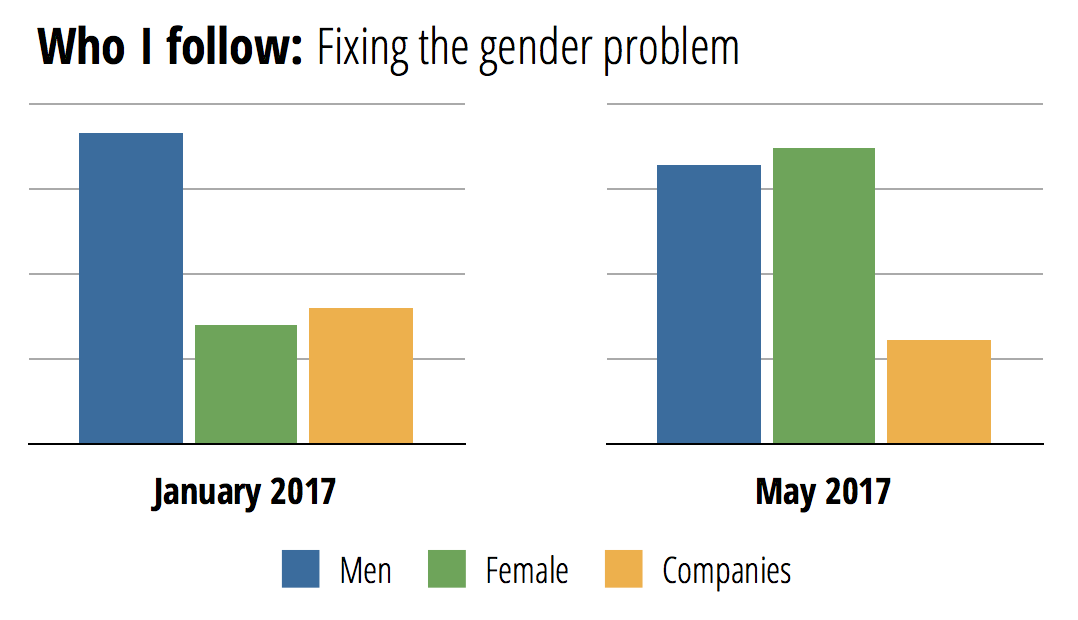 There has been a few things I learned through this process. One of which is that the harassment is very real on Twitter. I already knew this, of course, but you really see it when you try to do this.

So many amazing women are choosing not to tweet, or to only tweet about 'safe things', which I came across many, many times during this process. This is a real problem, because it reduces the freedom of speech for an entire population group, adding to the problem of gender inequality.

The opposite problem is that many women are so upset (and rightfully so) about US politicians, specifically GOP and Trump, that they tweet about nothing else. So, a lot of women on the list below are amazing people with amazing jobs. People I absolutely want to follow. But my Twitter stream is already so heavily dominated by Trump related tweets that I can't take it anymore. I don't want to see tweets about him every waking moment. It's enough that every newspapers basically covers him 24/7. So, I chose not to follow many women suggested to me simply because of this.

I also chose to look at women in other industries, specifically futurists and data-scientists, which was just brilliant (see list below). Specifically, I'm now following far more people from outside of Europe/US (language barrier permitted).

There was also a weird problem in that, when I asked women for suggestions of who to follow, they would often suggest more men than women to me.

Finally, a bit of advice. Doing this is wonderful. I have noticed a considerable difference in the quality of my twitter feed, and discovered many new things I hadn't heard about before. And it also helped me become aware of problems/potentials that weren't as clear as before.

So, I recommend everyone to do the same thing.

So, who should I follow that isn't a white man?

To start this, I have created a public list over at Google Docs of people I think are worth following from a media perspective.

This list is open for anyone to edit and modify, so please add anyone you think that should be on it. And then together we can create a list of wonderful people to follow.

Let's make 2017 the year where all of us who work with the media fully embraces equality (the rest of the world is step two ;))