Yesterday, Apple revealed the much anticipated new iOS 7 design, and what a beauty it is. Gone are all the skeuomorphic design, the fake green felt, the fake leather, the shelfs, and the paper. It is all replaced with an ultra-simplistic flat design that can easily match some of the most beautiful 3rd party apps that we have seen so far. 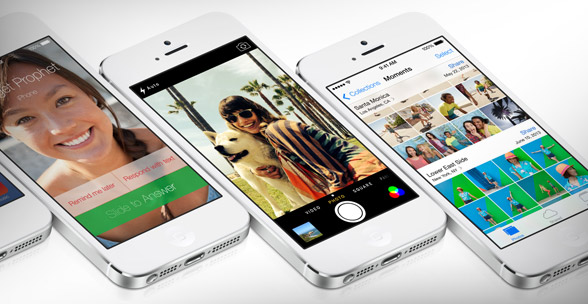 Johnny Ive's design sense is proven once again. And iOS can finally match the UI design levels that we see on Windows Phone 8 and Android. For too long, the design of iOS looked stale. Like something from the desktop era.

Finally we have something new, something beautiful, and something that feels modern. The iPhone itself has always looked modern. But not the apps or the UI.

And their video outlining the philosophy is just amazing. I agree with every single word in it:

It's great, except for one thing...

The icons in the new iOS 7 are just a mess. My first impression when seeing them before the keynote, was that this couldn't possibly be what they looked like. But when they presented iOS7 on the stage, I was flabbergasted by ... well, I'm sorry ... but they are ugly. 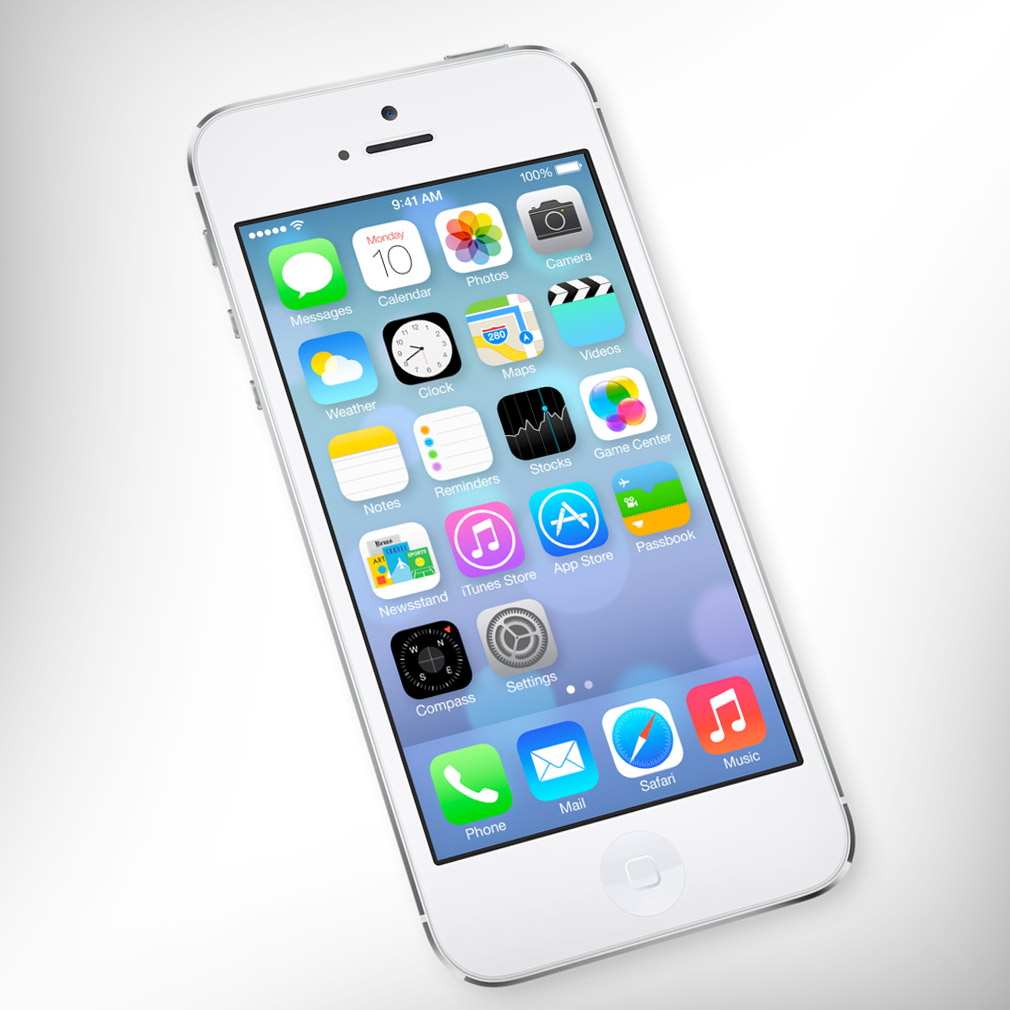 It's like Johnny Ive couldn't decide what to do. 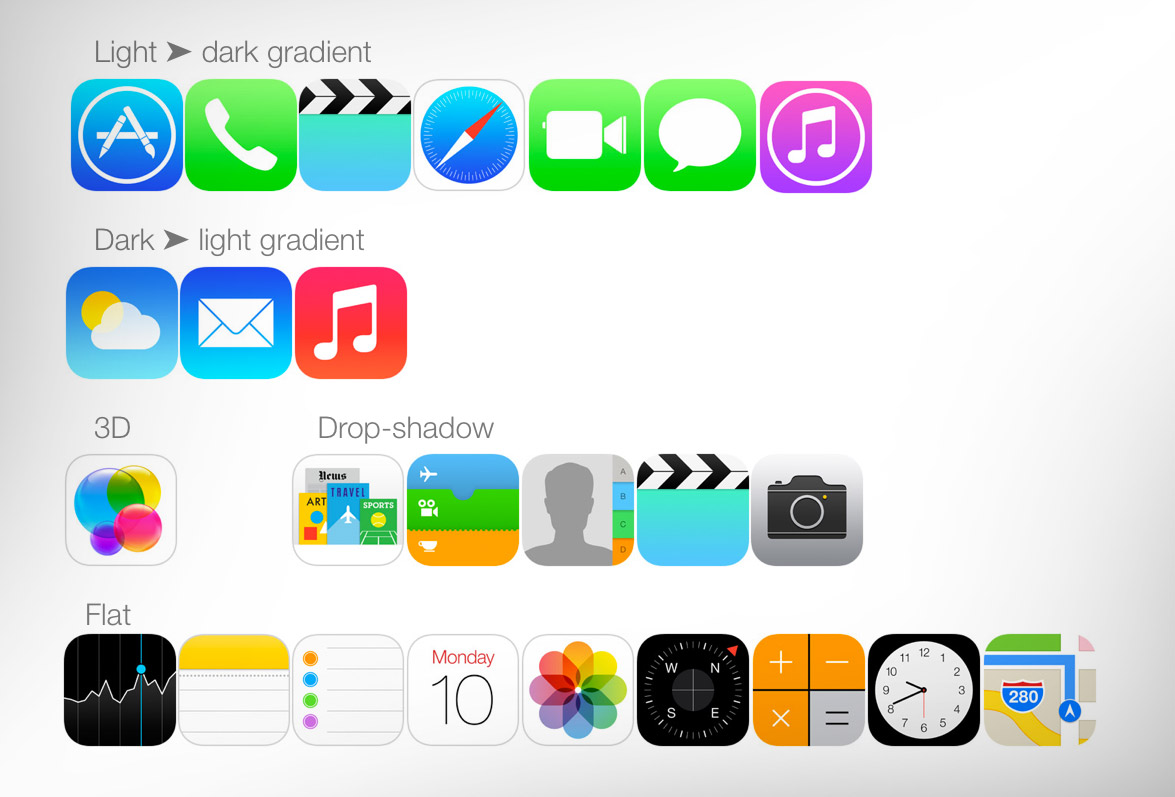 Some of them use gradients; some are flat. The gradients don't use the same light-source. Some are 3D; others are 2D. Some have no shadows; others have drop-shadows. Some use moody toned down colors; others seem oversaturated. Some use dark-gray as the base color; others use deep black. And the padding inside the icons seems random.

According to Apple, the icons are supposed to follow a 'grid'. But you quickly see that adhering to this grid is sketchy at best. Some follow the lines of the grid; some don't. 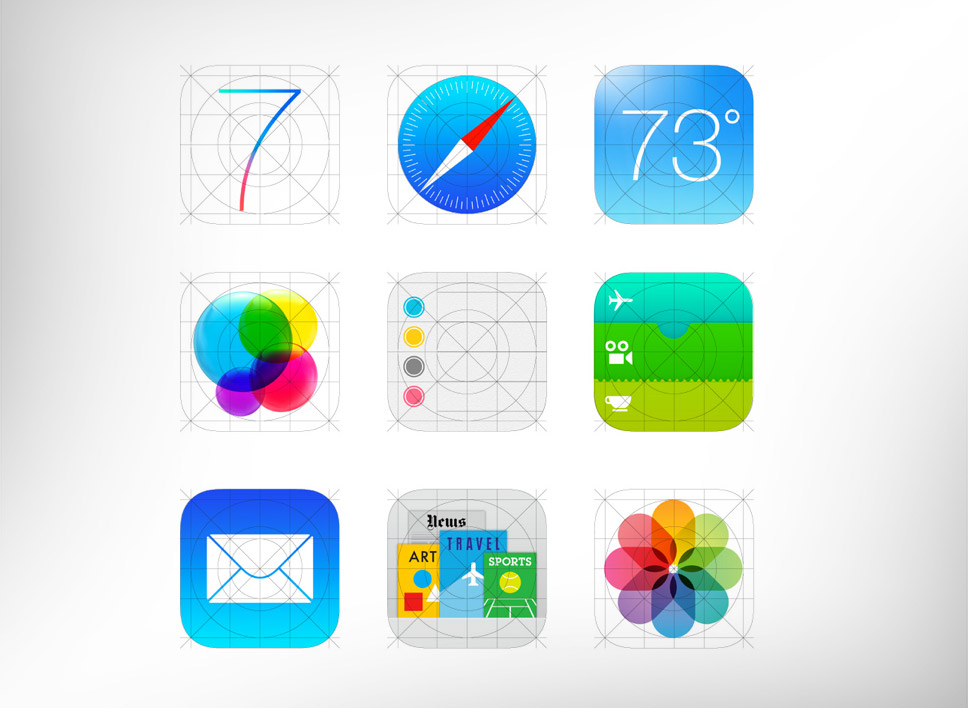 I can only assume that the icons will change before iOS7 is released. Because I cannot possibly believe that Johnny Ive would have such poor design sense.

So, this morning, I spent two hours redesigning the icons so that they all used the same color palette and design language. And what I came up with is this: 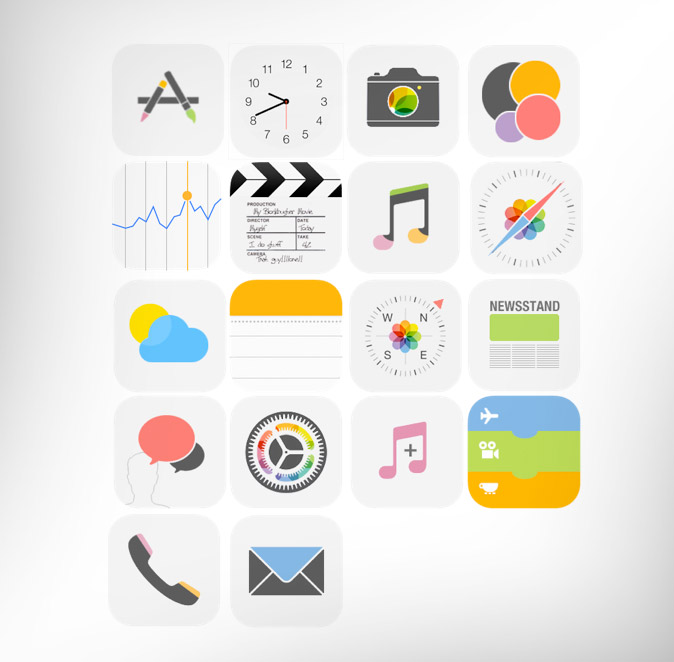 Now, they all look the same. They all have the same color palette... and they mostly follow the same grid lines. Remember, this is just two quick hours of sketching. Not several weeks of careful design work.

And it makes for quite a difference in appearance. Now it's a much more relaxing UI to look at. 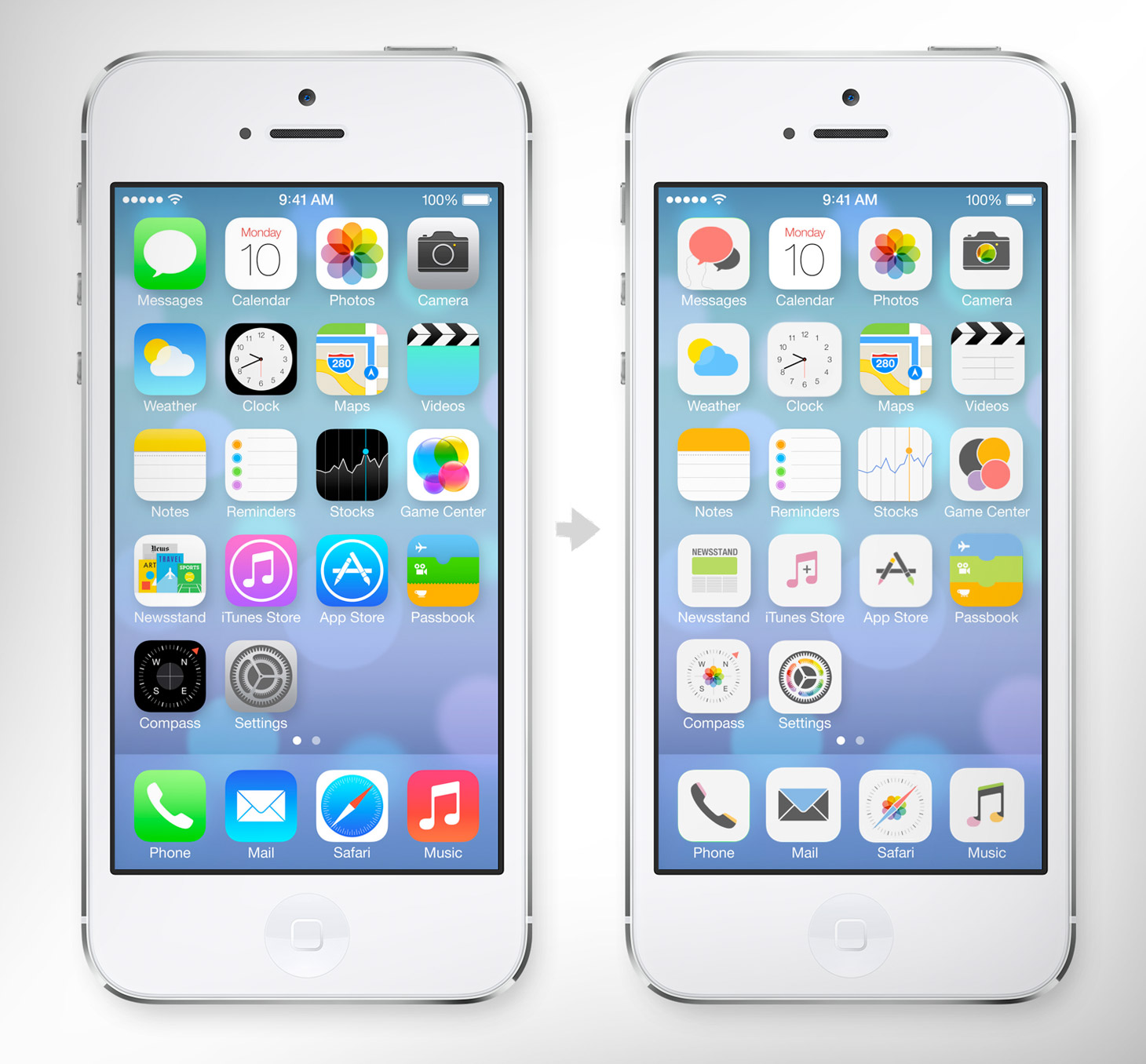 BTW: Here is the high-res version. 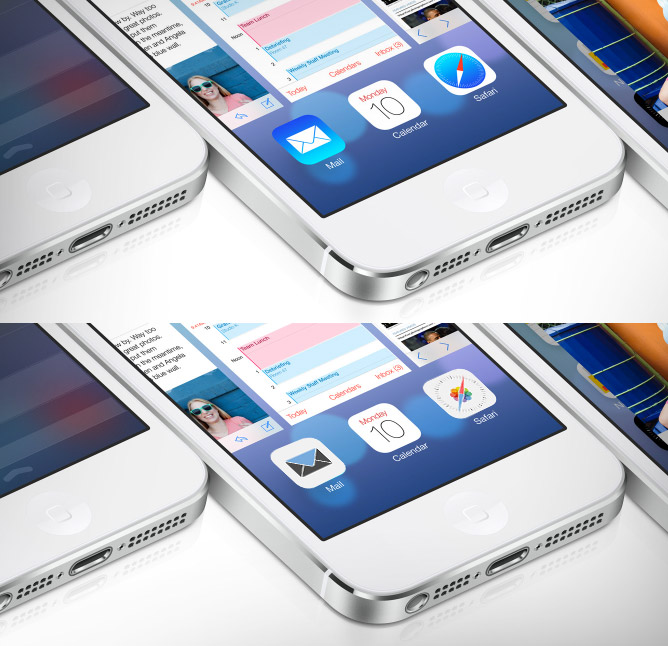 I don't know if this is better. Personally, I think the whole icon metaphor inside a frame is a bit old. On Android, we have free flowing icons (no frame), combined with widgets and other UI elements. On Windows Phone 8, we have these beautiful tiles. Even Blackberry has moved on.

The whole icon design is a relic from the old days of desktop computers, and I wish Apple would have done something more than simply designing a new skin.

The new iOS 7 looks nice... But it's still based on the icon metaphor from the desktop era. I was really hoping for something new here. Don't get me wrong. The design of the iOS apps is stunning, but we have used stunning 3rd party apps for a long time.

Remember, that the iOS icon design is identical with what we had back in 2007, except for this new fresh coat of paint. Isn't there a better way?

Apart from the icons, I think we can all agree that the design of the apps is just stunning in its simplicity. It feels very Apple-ish. And let's hope the icon design they revealed yesterday is just a beta.