I was reading The Verge's excellent article about all the different Google Glass apps, and something immediately stood out as a completely missed opportunity. The news apps.

Both the New York Times, Elle and CNN has created news apps for Google Glass, and they all work pretty much the same way. They interrupt you by being based on notifications. 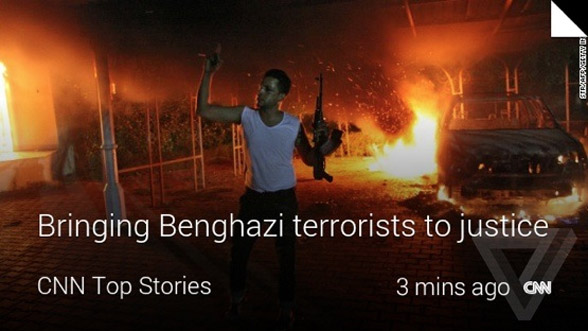 As the Verge wrote:

Before Twitter and Facebook showed up, New York Times was the flagship third-party launch app for Glass - which was a little sad. Not that there's anything wrong with the app: once activated from your MyGlass page, the Times will give you a new card once an hour with a roundup of new stories (there aren't any preferences, so you can't lower that frequency), along with an occasional lone breaking story. Inside the card you can scroll through the stories, and tap to have Glass read you a summary out loud, but that's all there is. A share button wouldn't go amiss, nor would an option to filter out subjects you just don't care about when you're wearing Glass - like politics, for instance.

The problem is that news is not a product compatible with hourly notifications. There is no person in the entire world that needs that kind of information, that often, or in that way. None!

They are completely missing the boat with this one.

Right now, people are excited about it because it's new. But after a while, every single one of these apps will be seen as the most annoying thing on their Glasses.

First, news is a non-necessity. I know that newspapers think they are the only important thing in the entire world, but to anyone else they are non-necessities.

Especially the kind of news that newspapers write about, which, when you think about it, is extremely narrow in its focus. There is not a single person in this world that actually needs to know about any of the above stories.

It gets worse when these news apps decide to create extra notifications in case of some kind of breaking news.

Newspapers have a completely distorted idea of what a breaking news story is. For instance, all the big national newspapers in my country ran a 'Breaking News' story that a newborn child had been found in a hedge somewhere.

That's not breaking news. I would even go so far as to say that it's not even news. It's just noise (carefully disguised as a reality drama show)

Breaking news to ordinary people has nothing to do with what's happening somewhere else in the world, or to people they don't know.

That's breaking news, and, depending on what people are doing, might be worth notifying people about.

As a newspaper, especially in combination with an up-close-and-personal product like Google Glass, you have to align yourself with the three vital elements:

And for 99.9% of all news stories, notifying people that "Massachusetts G.O.P. Hopes Lightning Strikes Again in Senate Race" is not relevant for people to know. It has no context to what people are doing at that moment, and nobody had the intent of wanting to get that information right there and then.

These Google Glass news apps are just completely missing the boat. Sure they are fancy, but that's also all they are.

Instead, focus on creating a Glass experience so that you give people what they actually need when they *intent* to need it. Make it contextually aware to whatever situation they are in. And, for the love of all that's holy, make it relevant!

Flip the whole idea of news on its head. Instead of giving people random stories, give people what they ask for. For instance, this morning I wanted to know what had happened in Oklahoma. Wouldn't it be nice if I could say, "OK Glass: What's the big picture about the Tornado in Oklahoma?" ... and the New York Times app would spring to life, summarizing what had happened with links to more specific topics, photos gallery and video clips?

Or what if I, as I'm walking down the street, notice that the police has blocked it. Wouldn't it be cool if I could say, "OK Glass: What's going on here?" ... and the NYT app would tell me that it's because the Tour De France riders and teams will come through here in about 20 minutes - expanded with news stories about what had been going on so far, the standings, and commentary.

That would be so cool!

Don't think of news as some random event that people just absolutely has to know about (the traditional model). It's the other way around.