iPhone 5, Not an Entirely New Design

When Apple tries to make you believe that the iPhone 5 is an entirely new design, they sound like a used-car salesman trying to sell that old car as if it's the latest shape.

Earlier I wrote the article Apple is the New Porsche 911 in which I compared Apple's evolution of design to that of the Porsche 911. Same overall concept and design since 1973, but with much improved technology within.

And that is exactly what the new iPhone 5 is about. Much improved technology, but with the same overall design. 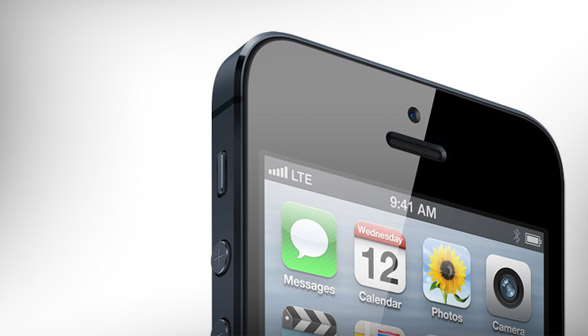 The problem is that Apple is trying to make us believe that this is a completely new design. When you see the official product page, they say "All new design" and on the page, "Creating an entirely new design meant inventing entirely new technology" ...what new design?

So here is the comparison. The iPhone 5 is slightly taller, slightly thinner, and has a black bezel instead of an aluminum one. But the design of not only the iPhone but also iOS is exactly the same. 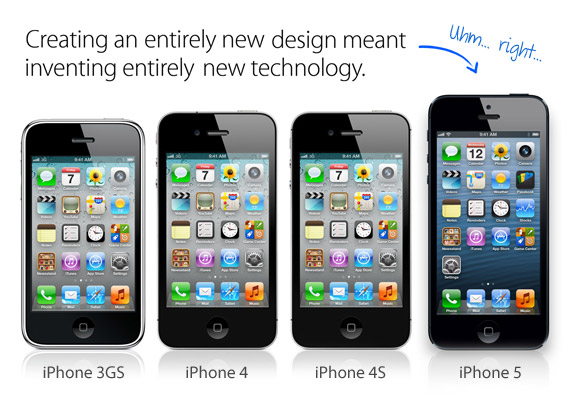 This is why people are disappointed about Apple. They are trying to make the iPhone appears as it's something it is not. The iPhone 5 is amazing when you look at the hardware, the camera, and the technology. But Apple is not creating entirely new designs

Jonathan Ive said: "It took an incredible effort to do this."

Sure it did. I'm sure your hardware people worked extremely hard. But Jonathan ...you made it slightly larger and slightly thinner, that's it! That's not design, that's engineering.

Please Apple, learn from Porsche. They are not trying to make people believe that they have created an entirely new design. Instead they take pride in the fact that they have reused a design that defines the essence of a sports car. Porsche highlight how they have refined the simplest form possible.

When Apple tries to make you believe that the iPhone 5 is an entirely new design, they sound like a used-car salesman trying to sell that old car as if it's the latest shape.

The other thing about this event was the new iPod Nano. It's beautiful (and designed) but it's the lowest model Apple creates. So I tweeted "If Apple is smart they will set the price at $29", and the reason I said this was that the basic Kindle is $69. If the basic iPod was $29, Apple would totally dominate the market ...totally!! And they would get all the doubters into the Apple universe as well.

But then they announced that the price was $149 ...which is just insane. The Kindle Fire HD is only $199, same as the Nexus 7, and here Apple is trying to sell you the most basic iPod, which has almost no features, at $149.

Will people pay that? Probably ...but there is a growing discontent about Apple's ridiculously high prices. People are starting to realize that Apple makes a huge profit. This is why Android is winning. Apple is starting to look really greedy.

It is short-term thinking. Optimize your profit to the point where people just cannot take it anymore. The new iPod Nano looks amazing, and granted it's about the same as a pair of jeans from a high-end fashion retailer, but it has almost no features. It has no camera, and no app store. It can only do music, videos (on a 2.5" screen??), podcasts and radio ...and then, of course, the Nike Fitness app. But that's it.