Let the Kids Play. It's Far Better Than What the Parents Do

One of the hobbies of many people and newspapers is to focus in on specific topics and blow them completely out of proportion, so that they can turn them into 'social issues'.

A couple of days ago, I came across an article in one of our national newspapers that said this: 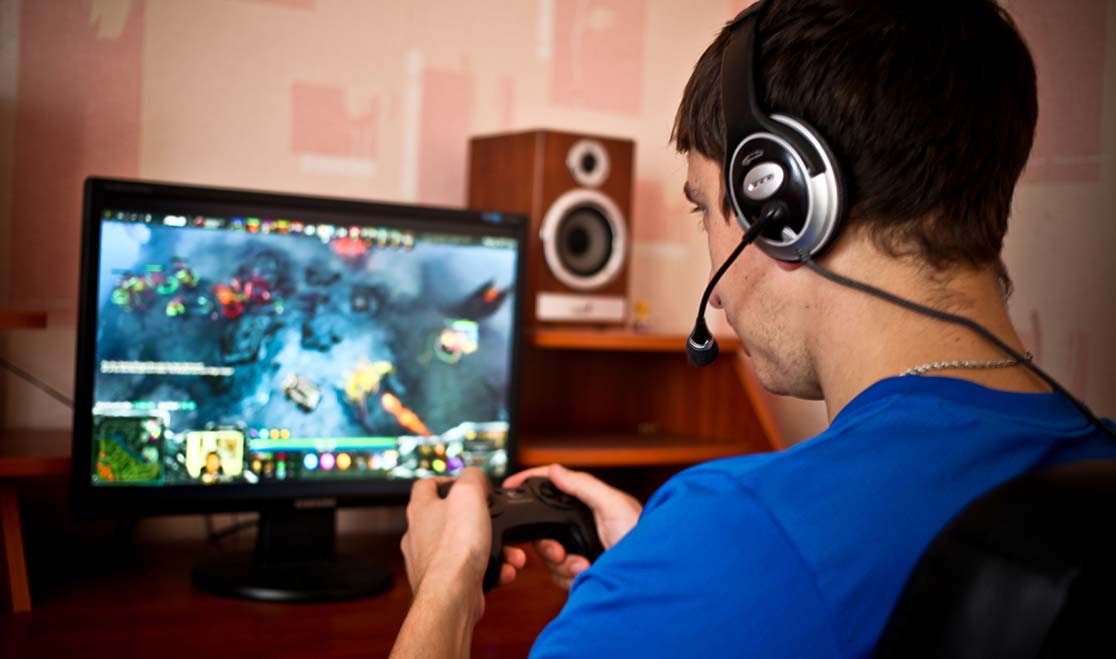 It's the same old story. Apparently, kids have to spend all their time outside playing with others, leaving them no room to relax or just be themselves. And these, so-called, experts, are usually people who don't really understand what digital is.

Let me point out a number of problems with crap like this.

Four hours is normal: Depending on who you ask, adults also spend four hours per day watching TV. So why is it perfectly acceptable for adults, but not acceptable for teenagers?

Games are lean-forward: When watching TV, you are in passive, lean-back consumption mode. Your brain has switched off, and you are in zombie mode

On the other hand, when playing a computer game, you are in a creative, challenging, troubleshooting, investigative, and exploration mode. It's not a lean-back mode. It's a lean forward mode.

Games are social by default: Most games and digital experiences today are social, even the games that are single-players. If you are not directly playing with others, you are playing in relation to others. After you finished something, you compare how you do with how others did. This encourages competition, it encourages you to evaluate yourself, and it encourages you to dream.

Adults watching four hours of TV? Not so much...

Kids don't exactly lack social interactions: Teenagers, in general already have a far more social life than adults. The time they spend in school, for instance, is far more socially dominating and involving. So the very idea that kids can't relax with a computer game after all that real-world-social is quite silly.

Yes, we need more exercise: Do kids/teenagers needs more exercise? Well, yes (and no). All people could benefit from more exercise. But the problem here is the idea that kids shouldn't be allowed to relax.

Apparently, as a kid, you should be hyperactive all day. From the moment you get up in the morning to go to school, to the time between school and dinner, and throughout the entire evening.

Because, if a kid decided to relax a bit by, say, doing something creative on his computer, these so-called experts go crazy. "Oh no... after a long day at school, this kid doesn't want to run around outside. Something must surely be wrong with him," they say.

This, of course, is silly. Everyone needs down time. That's why adults spend so much time watching TV as well. Spending 15% of your day on something by yourself is not a problem. If you want kids to move around more, start questioning the wisdom of having them sit in a chair at school all day.

Note: And while you are at it, also question why you are sitting on a chair at work all day.

Not everyone is an extrovert: This leads us to the question of introverts versus extroverts. One of the greatest crimes against humanity is the culture that was developed in the 1960s that, if you were not a super-extrovert, there was something wrong with you.

Today, we know this is wrong, but the culture still exists. And that's the real problem here. These so-called experts have adopted the view that, unless kids are always outside and social, as in always super-extroverts, something is wrong.

No. The people who are wrong here are the experts. If a kid tells her parents that she just wants to spend her Sunday reading a good book or play the Sims, it's not because she has a mental disorder. She is just being an introvert. And you have to accept that because if you don't, you force your kid into a physical imbalance that will damage them.

Extrorevtism and introvertism aren't just something that happens in your brain. Among other things, it's a chemical reaction in your body. For instance, extroverts have a low sensitivity to dopamine, the chemical that regulates how we feel and respond. As such, extroverts need more and more external impulses to feel rewarded.

Introverts, on the other hand, have a high sensitivity to dopamine, meaning that they will feel rewarded with a much lower exposure.

The key is to understand where you are, so that you can find the right balance. You don't want too little dopamine or too much, because both would be harmful to you.

So, if you have a kid who are an introvert, it merely means that their bodies have a different level of sensitivity to pleasure than others. They need less outside stimulus to find the right balance. Telling these kids to 'go outside and play with others' actually forces them into an over-stimulated mode that is directly harmful to them.

As a parent, you don't want to do that. But, of course, you also don't want the opposite. It's all about the balance. It's about allowing your kids to be who they are, because that's the only they can win this game called life.

Kids spend almost all their waking time with others. They are never really alone. So having a kid spend four hours for themselves per day, isn't really a problem.

But it's not a problem if your kid says she wants to spend four hours building something in Minecraft.