Made with iPhone 5: All Up to You!

It's just amazing what you can do now. Nothing can stop the passionate storyteller. As long as you put the REAL work in, you can do anything.

My friends over at The Studio in Your Pocket are at it again. You might remember Anna Elizabeth James and Michael Koerbel's earlier work. They were some of the first people to create movies shot and edited entirely on the iPhone.

But now that the iPhone 5 is out, Anna and Michael decided to have a bit of fun with it. The result is a musical with a surprising punchline. I won't tell you what it is because you can see it for yourself below. And as an bonus, you get to see what Siri really looks like (hint: she's hot). 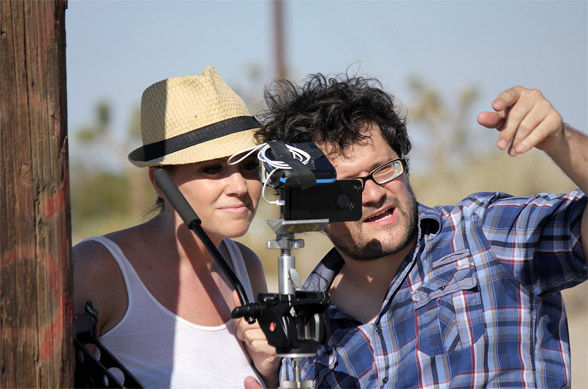 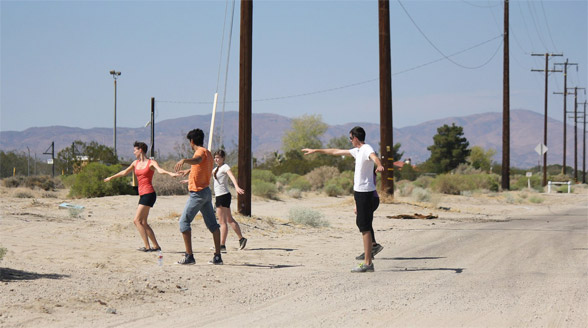 (via The Studio in Your Pocket)

I just love it.

I'm also amazed how they managed to find a location where the nearest gas station was 118 miles away... while still having 3G access, and being able to film fudgesicles in the desert heat. (Michael told me that they went through a lot of them for that shot :))

Here is another fun factoid about it. They came up with this idea, planned, filmed, and edited the movie in just four days... all using the iPhone 5. That's the magic of filmmaking in the era of iPhones!

As Anna told me the other day:

It's just amazing what you can do now. Nothing can stop the passionate storyteller. As long as you put the REAL work in, you can do anything.

Back in 2010, they created the highly popular "Apple of My Eye".

Later they created the amazing web series "Goldilocks", which is a movie shot with the iPhone but feels almost like Bourne Identity.

Note: See all the episodes here.

Both of them have also been involved in several other projects. In 2011, they won a Porsche competition with heartwarming: "It's a Magical Life".

Michael also stunned the crowd when instead of an expensive video camera, he used an iPad 2, to cover the premier of "The Kennedys".

Anna has been working on a superb TV show call "Diary of a Teenage Nobody", and she is currently pitching the pilot to sponsors and other interested parties. While I cannot show it to you yet, let me just tell you that it is a very emotional story of what it's like being a quiet teenager.

If you are thinking about sponsoring a TV show and your target market is teenagers, you should give Anna a call! It's definitely worth it.