MySpace is Back, Baby...

I'm going to say something completely outrageous now... but Myspace is back, baby... and it looks amazing. (did I just say that??)

I admit I'm not entirely sure if I have woken up in some kind of parallel universe, or if I'm still just asleep having a weird dream, because I was sure MySpace was something that would never, ever be cool again. But then @PulsenGame alerted me to this video:

And just look at it. Not only does it look amazing, but it has all the connectedness of what a modern social network should be about. And it has the niche element around music that enables it to differentiate itself from Facebook and Google+.

So... will this work? Will this bring back MySpace? No... not really.

The problem is that while it's beautiful, fully featured, and all that, it lacks a reason for existing. It doesn't fill a need, nor does it have some kind utility that it can be used for. At least not one that is strong enough to make a difference.

It's like the Microsoft Zune. It was a beautiful system, with amazing features, good payment plans... and completely irrelevant.

What MySpace needs to do is to get in touch with Spotify. Imagine what Spotify would be like if it was based on the new MySpace interface and the music community around it. It would be an instant hit for both companies.

MySpace would get a reason for existing, and an utility (a music playing platform) to connect around. Spotify would be able to turn themselves into a social force on their own (instead of being a slave to Facebook, where Facebook keeps 95% of the social effect).

Spotify is trying to expand with Spotify apps, which so far seems to be a failure because it's too much work for artists to create an app for just Spotify... and it's too limiting. But by mixing Spotify with the new MySpace, the entire experience turn into this expanded artist+connected+social+party+friends universe.

It would be the perfect fit. 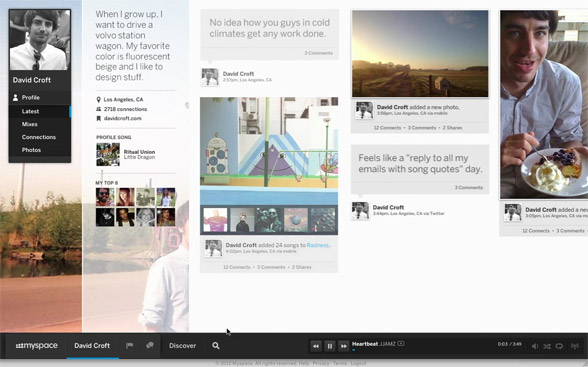 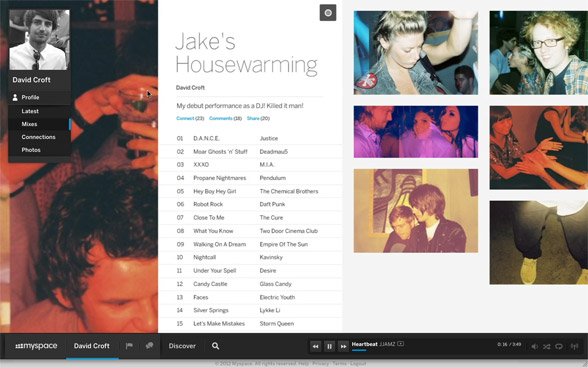 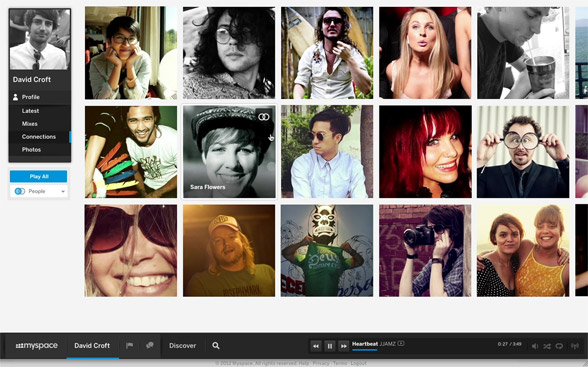 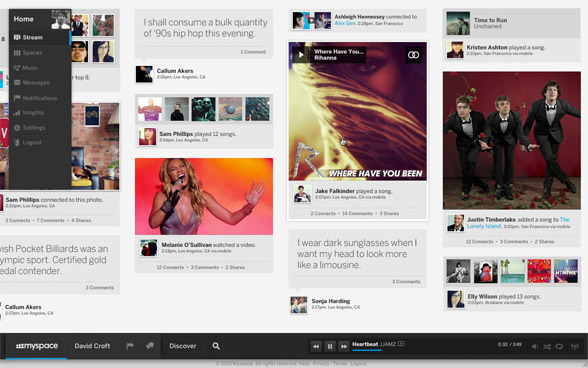 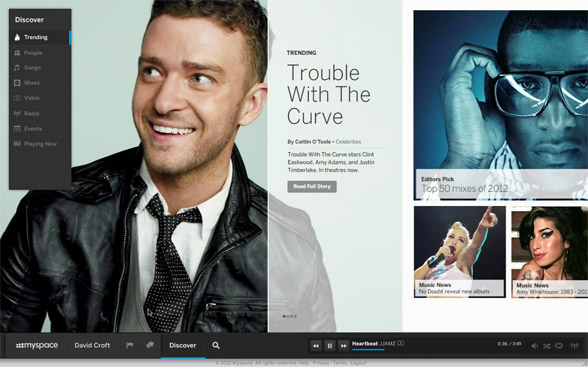 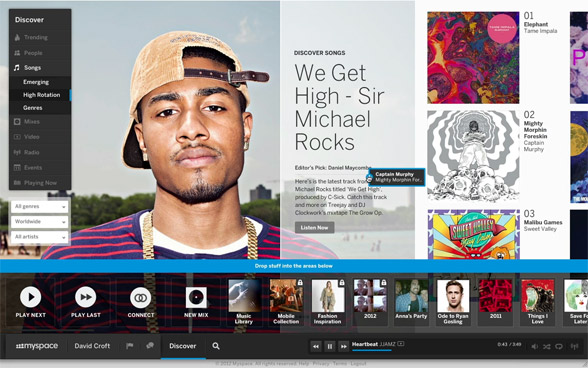 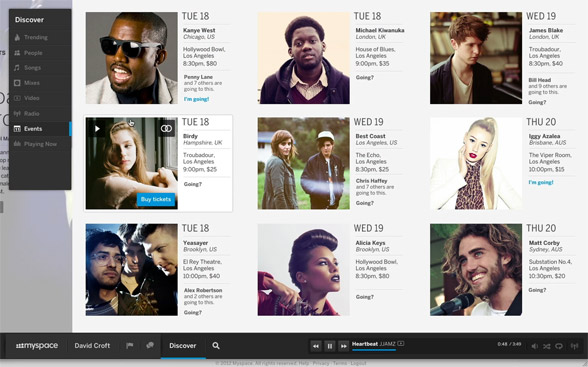 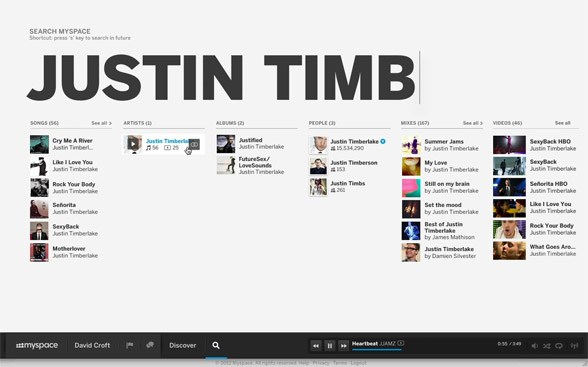 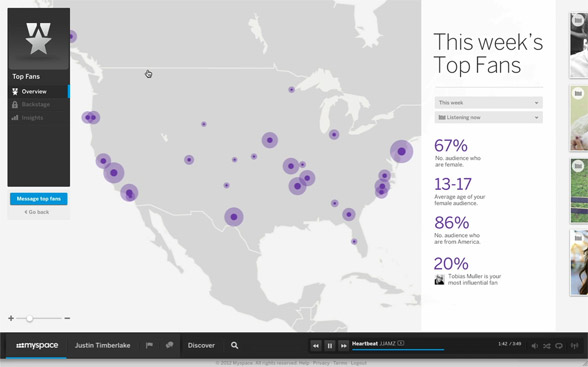