In 2004, the mobile phone market was, just like newspapers are today, heavily over saturated with many but very similar phones. This oversupply of similar products caused the demand for mobile phones to be so low that you could buy one for just $1 (+ a contract).

There was no market for yet another mobile phone manufacturer. But Apple looked at this market and identified a number of big problems. Problems that all other mobile manufacturers were reluctant to solve because it didn't fit their traditional mindset.

Fast forward to today, and Apple is the most valuable company on the planet. Nokia, once king of the hill, is in deep trouble. Apple is of course no longer alone, because Google quickly realized the same problems and created Android, and Microsoft created Windows Phone 7.

The problem with the phone industry was that the old companies where all focusing on the hardware design. The innovation was in the form-factor and how phones where presented to the public. Apple, Google and Microsoft, however, didn't focus on the design (even though the iPhone is quite beautiful). They focused on the utility of the phones themselves - that was the missing link. Nokia only focused on the hardware. The real power of mobile is not the package, but what you can do with it.

This is very noticeable when you compare product pages from Nokia and Apple. Nokia only talks about the hardware (the package), while Apple's product page is all about how the iPhone can be used. 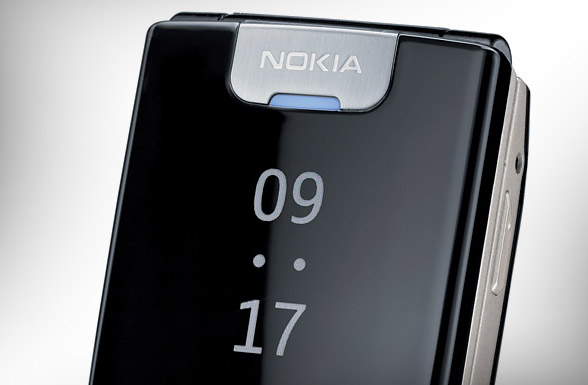 This is also why many traditional newspapers are so excited by the iPad. With it, they can take their box of random news and wrap it into a new form factor - thinking they are being innovative.

Newspapers are making the exact same mistakes that Nokia did with phones. Instead of looking at how their products could be used and extended, newspapers are only looking at the package.

Whenever newspaper editors talk about innovating for the future in the form of redefining the format, I'm reminded by Nokia. Nokia was the absolute master of creating new and beautiful phones. But Nokia never asked, "why do people need a phone? What do people want to do with it? What kind of environment are they in when they are using it? Can it be more than a phone?"

Just as the newspapers today never ask, "why do people need a newspaper? What can people *do* with the stories we write?"

If you really want to succeed in the connected world, you have to change the very foundation your product is based on. Putting on a fresh coat of paint, or putting it on a new device isn't going to change anything.