Superman Quits His Job at The Daily Planet

What happens to the news industry when even our heroes decide that they have had enough?

This probably says more about the times we live in than most other things, but tomorrow Superman will quit his job at the Daily Planet... after disagreeing with the lack of value in today's papers. 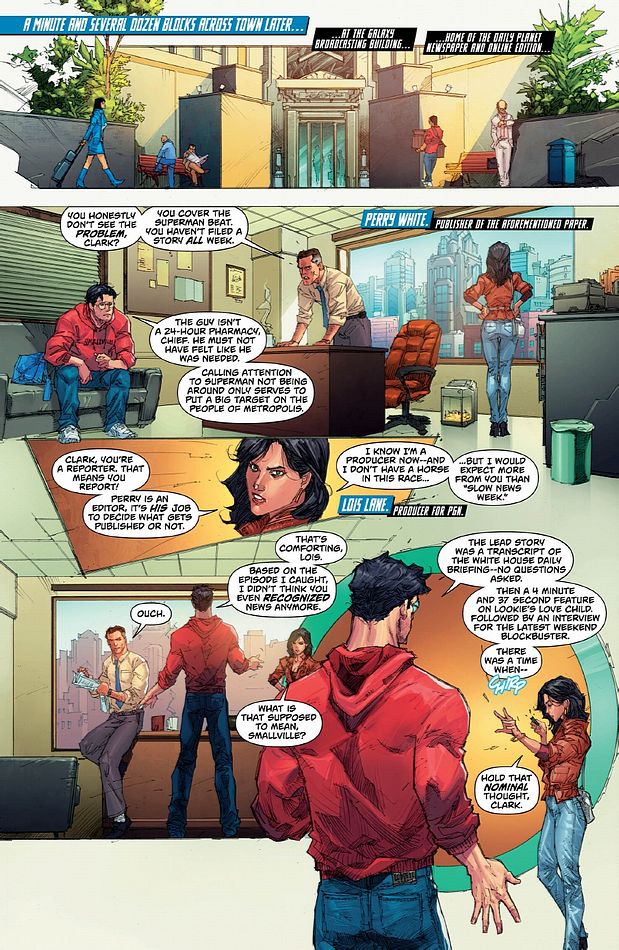 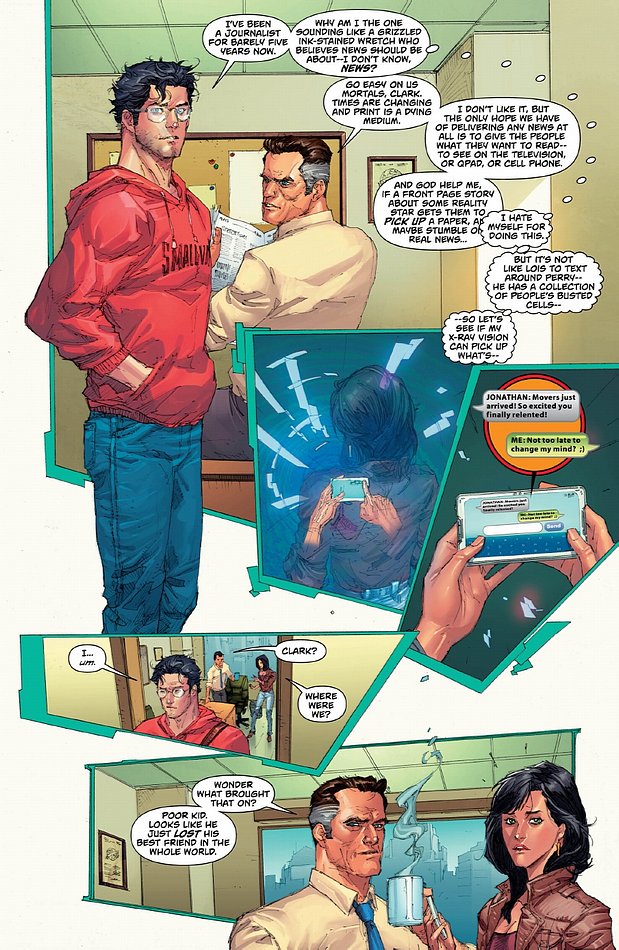 [...] However, his still-strong feelings for Lois, combined with Daily Planet editor in chief Perry White getting on his case for not enough scoops on the Superman beat and his boss' boss Morgan Edge also giving him a hard time, leads to a Jerry Maguire-type moment where he quits in front of the whole staff and rails on how journalism has given way to entertainment ... in a not-so-mild-mannered fashion. (The Daily Planet has also been moving more toward the real world, too, with the newspaper becoming part of the multimedia corporation Galaxy Broadcasting.)

Entertainment reporter Cat Grant also quits the Planet with him, and Lobdell says she'll be bringing "a whole other set of skills" to their next venture. It probably won't be at another media outlet in Metropolis, though.

I don't think he's going to be filling out an application anywhere," the writer says. "He is more likely to start the next Huffington Post or the next Drudge Report than he is to go find someone else to get assignments or draw a paycheck from.

So what happens to the news industry when our heroes decide that they have had enough? See the trend here?