As you have probably heard, Taylor Swift published an open letter to Apple, complaining about how Apple intends to put the cost of launching Apple Music upon the artists.

Apple will always make sure that artist are paid. Apple Music will pay artists for streaming, even during customer's free trial period. We hear you @taylorswift13 and indie artists. Love, Apple.

And Taylor replied: "I am elated and relieved. Thank you for your words of support today. They listened to us."

So this is fantastic news. Although, there is a catch.

Apple won't give artists the full royalty during the free trial. Instead, they will pay on a per-stream basis at a rate they won't disclose:

Cue says Apple will pay rights holders for the entire three months of the trial period. It can't be at the same rate that Apple is paying them after free users become subscribers, since Apple is paying out a percentage of revenues once subscribers start paying. Instead, he says, Apple will pay rights holders on a per-stream basis, which he won't disclose.

So add this to the category of "great ...but ...uhm ...what does it actually mean?" My original article follows below.

Specifically, Apple is telling labels that they should not be compensated for all the music people listen to during the first 3 months of Apple Music (the free trial), in exchange for a slightly higher royalty rate of 71.5% (compare to the 70% rate we see on other services).

But Taylor Swift won't stand for it, and have told Apple (and her fans) that she won't put her latest album on Apple Music. If you haven't read her excellent letter yet, you can find it on her Tumblr page.

And, as I wrote over at G+ earlier today: As an individual, I find Apple's conduct to be highly problematic. It's behaving like Ebenezer Scrooge. Apple has $160 billion in cash. That's enough money to completely cover the expected revenue of Apple Music for 12 years. It's so much money that Apple could easily buy all the major record labels. And yet, to launch their new service, it is unwilling to cover the cost of the first three month trial.

So, spot on Taylor!

Why should artists, and especially the small indie artists who are already struggling financially, pay for the cost of launching Apple Music?

Of course, the reactions are many. Some people agree with Taylor and don't understand why Apple needs to act so greedy. Others think Taylor is an idiot, because why wouldn't it be beneficial for the artists to agree to a higher royalty rate in exchange for a free trial? Especially considering that a free trial seems like a good way to get people on board.

Well, no. Taylor is right that this a terrible agreement. If we assume Apple Music will have $10 billion in revenue per year, we get this:

So, the artists never make up the cost while Apple saves $1.6 billion the first year of Apple Music.

It's far more relevant for artists to simply wait until Apple Music has established itself, and only then sign-up with Apple. Of course, doing that means that Apple Music might not be successful, which is why Apple is being an idiot for not investing their own money in it.

Apple can't lose no matter what (they will earn back the money within a year), but their Scrooge like greed has turned this into a terrible situation for artists.

Taylor Swift is absolutely right this isn't an acceptable model. She might herself not be in financial trouble, but that's no reason for her to allow Apple to take advantage of her. And if you are an indie artist already struggling, Apple music is like getting kicked in the groin.

It sounds good, and it might be good in the future. But you have to cut your iTunes revenue by 25% the first year, 10% over the first two years, and 6% over the first three years. So, the artists lose big time, while Apple can enjoy profit from day one. Why would anyone agree to that?

Obviously, Apple Music is way better than Spotify, of which 75% of its payouts is based on free listeners monetized by a negligible income via advertising.

It's also theoretically better than Tidal who pays out 75% for hi-fi users, but only half that for the standard account. Although, you also have to remember the very low "family plan" Apple is offering (which obviously drives down the payout rates by quite a lot).

I realize that Apple is working towards a goal of paid streaming. I think that is beautiful progress. We know how astronomically successful Apple has been and we know that this incredible company has the money to pay artists, writers and producers for the 3 month trial period... even if it is free for the fans trying it out.

Three months is a long time to go unpaid, and it is unfair to ask anyone to work for nothing.

[...] We don't ask you for free iPhones. Please don't ask us to provide you with our music for no compensation.

If asked that question in 2005, the answer would be yes. Apple Music is way better than piracy, even with the 3 months free trial for which artists get nothing. But I don't think this is true in 2015.

A lot of things have changed in the past 10 years, and while piracy is still rampant, the trend is that the culture is changing.

What Taylor is betting on is that she can use her influence to accelerate this new culture. She is saying that everyone would gladly pay $9.99 for unlimited music from day one. This is why she is no longer on Spotify and why she won't be a part of Apple Music either.

And I think she is right. I don't think Apple needs to even offer a free trial to begin with. A free trial is for people who aren't entirely sure what they are buying, and like to test it out before committing. But we all know what Apple music will offer, because we have already tried out streaming music via Spotify and other services for years.

There is no uncertainty here. Apple has enough of brand reputation to grow Apple music as a paid service from day one. It's not like iTunes is a new service and it's not like people haven't heard about it before.

Do we really believe Apple Music would fail if they didn't offer a 3 month free trial? I don't. The problem here is that people can simply say they don't want to pay at all and go to Spotify. The three months free trial is a distraction (and a costly one for artists).

The problem is this: 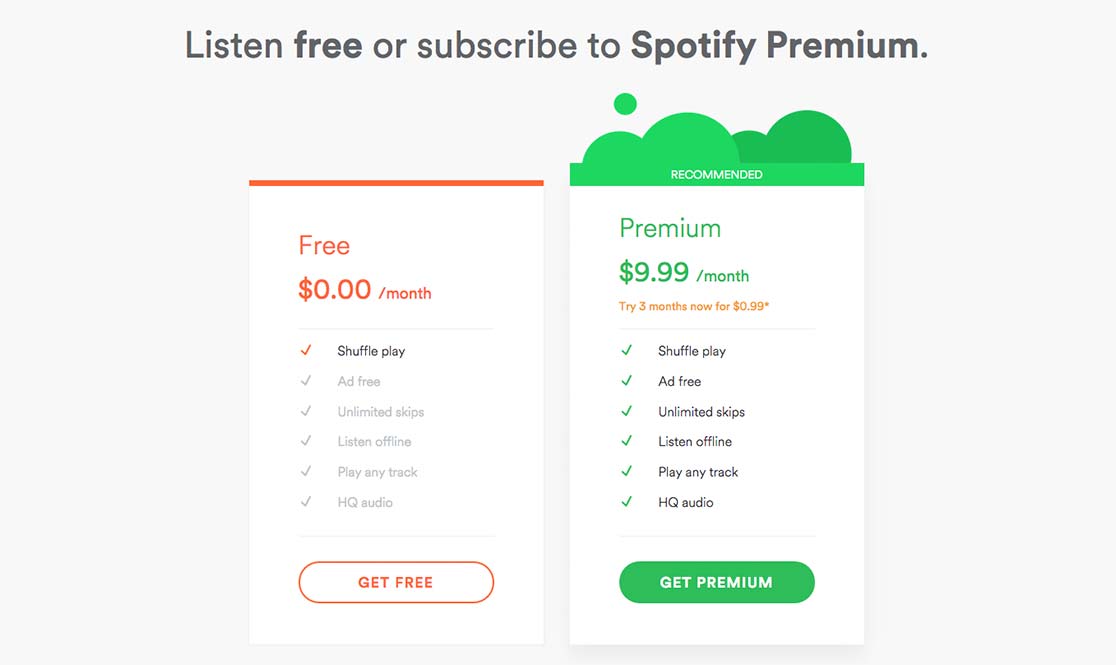