Over at Twitter, I heard that a newspaper had decided to create a standalone app that wouldn't track its readers. Oh joy, my privacy is secured :)

I don't know what the specifics are, but this whole privacy debate has become one giant train wreck. Instead of being a question of violating people's privacy (as in the act of exploiting data about people and making it available to others in a way that causes you harm), it has turned into a question of 'knowing stuff'.

Knowing stuff is good. It's what makes people love you. Can you imagine if your friends weren't allowed to know anything about you? That's not what you would call a friendship.

Complete privacy is not what we want. What we actually want is togetherness. To share our lives with others. To allow people to know something about you, so that you can get a better experience in return. 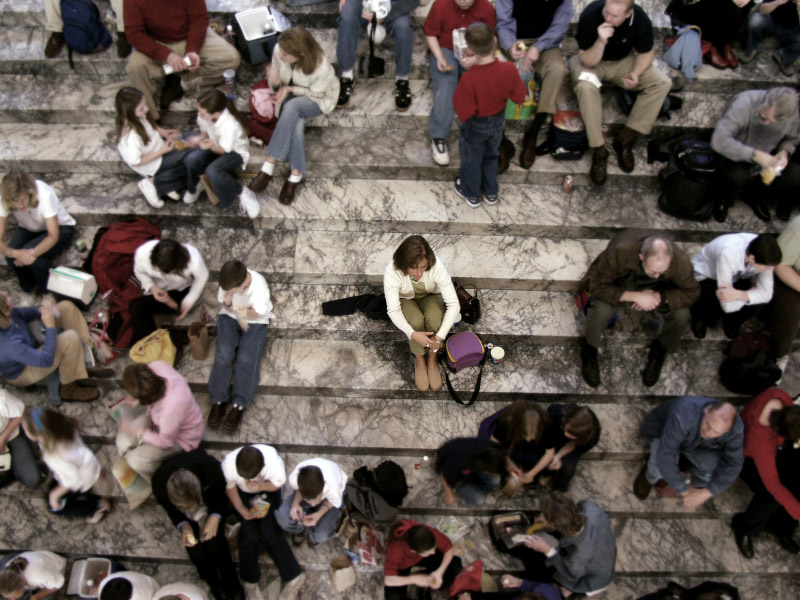 Imagine if you were a frequent customer of a local sandwich café. You have been there 100s of times before. But despite that, every single time you walk in, the staff greets you as a stranger.

...and you storm out and never returns.

We don't want complete privacy. We want people to know who we are and what we like. We want that togetherness.

This whole privacy debate has been completely sidetracked by fear of the unknown. And many startups are now trying to exploit that by creating private apps.

We are not solving the right problem here. What we all want is that cozy comfortable feeling we have, when we are among people we trust. Like visiting that friendly 'mom and pop' store who remembers what you like, and whom you meet when you go for a run through your local park.

That's the experience we all want. We don't want privacy. We want trust! Don't mistake one for the other.

The problem we have with privacy is when people violate that trust, or worse, when outsiders steal our privacy.

For instance, if I tell a friend about something I'm working on. I'm sharing my privacy with him because I trust him. But if he then starts telling other people about it, he is violating my privacy.

I trusted him to keep it between us, but he shared it with the world. So the whole question about privacy has nothing do with keeping things private, or to know something. The problem is one of trust.

Another example: Imagine that you walk into a local store to buy something you like. By walking into that store, you decided to trust that store with the knowledge of not just your presence in the store, but also what you are looking for and what you decided to buy.

That's great. So the next time you visit the same store they already know what you like. And, instead of wasting your time showing you products that you don't care about, they can show you products that would work well with what you already have. Or they could tell you about a great tip they just heard about, which works with that product you bought last week.

That's not a violation of privacy. That's what we call togetherness, and it's amazing for both you and the people you are around.

The problem is if you, a week later, walk into another store, and suddenly they too are tailoring your experience. "That's odd", you say. "How the hell do they know what I was looking for? I never told them that?"

This is when we have a violation of privacy. This 'other' shop is using information they shouldn't have. How did they get it?

If it turns out that the first shop had shared your purchasing habits with every other shop in the city, then the violation of privacy is actually a violation of trust. Which is very wrong!

Or, if it turns out that the 'other' shop had placed its security cameras so that it could track your movements in that first shop, then we are talking about it being privacy theft. They stole information about your person when you shared it with the first shop.

Both are wrong and should be made illegal.

Note: It's the same thing about the whole NSA scandal. The NSA is proactively stealing your privacy when you are together with other services. That's just wrong!

But the point is that privacy was never the problem. We don't want to live 'privately'. We want to live in a world where we can be together with other people, business and services, and trust that our togetherness will remain between us.

The problem is when people violate that trust, or worse, when outsiders steal our togetherness with others.

When a newspaper says it's creating an app that doesn't track you, what they are really saying is that they are going back to old world of mass-markets. You will be over there, and they will be over here ... and neither of you or they will have any idea what each other want.

That's not the future. The future is trustworthy togetherness.

If you want to be successful in the future, the short term plan is just to tap into people's fears about privacy and create 'non-tracking apps' or secure services. But that's not usable long term strategy. It's not what we want.

What we want is trustworthy services that act more like a supporting friend.

If I were designing the future newspaper, I would focus it on something that people would feel more like a personal assistant than a 'paper'.

In "Google Glass For News: Flip the Model" I wrote about news being a companion.

For instance, this morning I wanted to know what had happened in Oklahoma. Wouldn't it be nice if I could say, "OK Glass: What's the big picture about the Tornado in Oklahoma?" ... and the New York Times app would spring to life, summarizing what had happened with links to more specific topics, photo galleries and video clips?

Or what if I, as I'm walking down the street, notice that the police had blocked it. Wouldn't it be cool if I could say, "OK Glass: What's going on here?" ... and the NYT app would tell me that it's because the Tour De France riders and teams will come through here in about 20 minutes - expanded with news stories about what had been going on so far, the standings, and commentary.

That would be so cool!

But you can't be a companion if you don't track what people need. It would be like hiring an assistant who never listens. Nobody wants that.

The keyword is not privacy. The keyword is trust. Can I trust you with my privacy? Can I reveal my desires, and trust that you will only use it to give me what I want?

Build trustworthy apps and services, not private ones.