We Need Editors, But Not Gatekeepers

You need an editor to help journalists translate the 'Why' to the 'What', by finding the patterns in the 'How'.

Last week, there was a good discussion about the need for editors. Poynter has summarized it in this convenient article.

It started with Mathew Ingram, from GigaOm, who asked:

This will be an unpopular question, but why do we need editors? If 'news as a process' is a reality, why not commit errors in public?

Here is my take:

Many think the point of having an editor is to do fact-checking, but I disagree. That is the job of a journalist, and I think it is fundamentally better for the flow of everything to allow mistakes to happen in public.

The very idea of hiring an editor to look over people's shoulders is a sign of distrust. Don't hire editors to check journalists because you don't trust them to do a good job. Hire journalists you can trust! 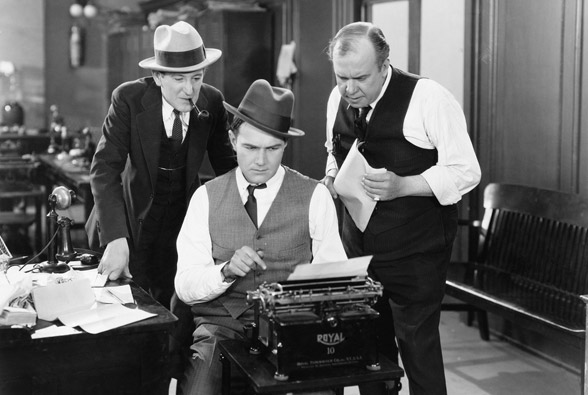 But we do need editors to secure a consistent high-level of of value and purpose.

Back in 2002, I was the Editor in Chief of a (very) small fashion magazine. My staff consisted of four freelance journalists, and I was an editor in the strictest form possible. I would lay down the editorial direction. I would signoff on ideas before each journalist was allowed to write about them, and I would read and approve each article before it was allowed to be posted. In many ways, just like editors in traditional newsrooms.

When I look back to that experience, I think I made a big mistake. I functioned as gatekeeper, and because of that the journalists where not in touch with the reader, they communicated with me, so they focused pleasing my 'commands' instead of pleasing our audience.

The result was good quality content, but at the expense of any energy between the journalist and the readers. As such, I think this was one of the reasons it never really worked. One and a half year later, we closed it down due to low levels of traffic.

This is not just a problem for newspapers. Whenever a brand decides to have an editor to edit all tweets before they can be posted, the result is always very careful and high-quality tweets that nobody cares about.

In the connected world, it's vital to have a direct connection between the journalist and the reader - and putting an editor in the middle of that is not a good idea. It's much better to have the occasional mistake (which actually adds a personal touch), than having everything edited and made just right.

But we do need editors, not to edit, but to focus everyone around a single purpose. We need them in two ways. First we need to help journalists see patterns that they, as individuals, don't see because they are too close to the story. If Joe is writing one story, and Alice is working on another. It's the editor's job to connect the two. Help the journalists build better stories by finding the connections they didn't discover on their own.

Secondly, the editor's role is not to edit, but to get people to focus on the same purpose. The problem is that if you have 20 journalists, who all write their own stories, you might start out as an interior design magazine, but after a year, they will all have shifted their focus in 20 different directions.

You can't have that. A magazine without a purpose is not worth reading. People don't follow random things.

You have to make sure that the journalists are inline with what you as a publisher are trying to accomplish. You have to follow the same path.

The result was that they started focusing on growing their own personal brands. To the senior journalists, Techcrunch was just their personal blog platform. And this was long before AOL came into the picture.

When AOL took over, they needed to make sure that Techcrunch fitted into a much larger content portfolio. They had to make sure every journalist was working for the same purpose and towards the same goal. That was the right thing to do for AOL, but as we all remember, it ended quite badly. All the senior journalists were suddenly told to work *for* Techcrunch, instead of just using it as their personal blog.

We saw just how far these journalists had moved away from Techcrunch's core purpose when they started writing negative articles about AOL.

In the end, they all had to leave. But in reality, the damage happened several years before AOL came into the picture.

This is why you need editors. You need to make sure everyone stays true to the purpose of the publication. Not as gatekeepers. Not as fact checkers, and not as middlemen between the journalists and the reader. The role of an editor is to be the ones who motivate and guide the journalists. They help them see connections, patterns, and the trends that are important to the stories - and they form the guiding force to make sure people don't lose track of what the publication is trying to accomplish as a whole.

It doesn't mean the editor have to be a person. If you have a great team, one that is well connected and in tune with each other, you can 'edit' as a crowd. Crowd editing is far more efficient, and far more powerful, but it only works if everyone is motivated by the same purpose.

People need to be united around a shared purpose, and focus on a common goal. That's what real editors do.

We connect much better with people than with things.

This new role for journalists to directly influence the reader, comes with many great rewards, like a much more influential personal brand, but it also comes at a cost. The cost is that it is now far more important than ever that journalists stay true to the purpose of the publication that they work for. The job of a journalist is not to write. It is to make the publication a financial success.

If you disregard the 'Why' or the 'How' and just do the 'What', you might still create good articles, but you won't help the publication grow. Worse, if you make up your own 'How', you are working against the purpose of the publication.

Of course, it is not one way. It's not just the publication who defines the 'Why' and then demands everyone should just shut-up and do their job. The best companies have a shared purpose, not a dictated one.