We Never Believed in it Anyway

Look ahead, understand the shift, and imagine the right solution five years from now. Then do it!

A huge problem in the media industry is the 10 percenters. It's the kind of people who create strategy plans that are so short-term that they never have a real chance of making a difference.

I wrote an article about this a while back, called "Failure at 10%"

In it, I used the example of a race car: If you want to be a race car driver, you cannot just show up in your regular car thinking: "I will try it first with my regular car, and then if I win the race I will go out and invest in a real race car!" 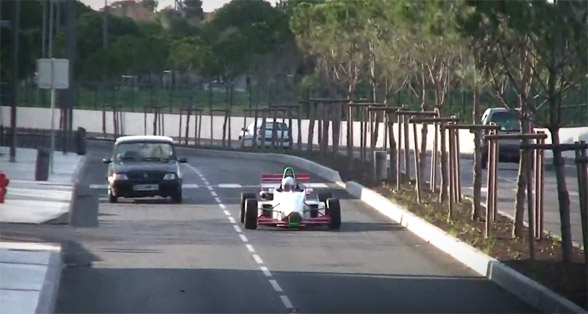 If you want something to succeed, you have to be in it to win it...and you have to give yourself enough time to learn the game and make a real difference.

Earlier this week, I came across a perfect example of this. In June, Huffington Post announced that they would publish a premium iPad magazine for 99 cents per issue. I won't go into whether that was a good idea or not...but it was a plan, right?

Only one and a half month later, with no more than 115,000 downloads (and a substantial amount of those as free trials), they announced that the magazine would now be free.

They dropped their plans after only one and a half month. That's not a strategy or even a plan. That's just a waste of air. That's a short term reaction in the extremes.

This is sadly something we often see in the media industry. Everyone know that they have to change, but most experiments are not part of a long term strategy. Instead, it's a kind of panic reaction that they need to do 'something'. Often, it ends with the experiment being cut before they even have a chance to learn what went wrong (or if it could have gone right).

You might say that this is a good thing. You know the old saying: "fail fast and fail often". But not that fast!

You might also say that this is because the digital world moves too fast for long term planning, but consider this: Google's strategy plan usually looks 10 years into the future - 10 years!

...or just look at my publication plan. My articles are designed to help you think at least five years into the future. That's what my RESET series is about, where I look at what you need to do in 2015 and forward.

For Huffington Post to drop this after only one and a half month, can only be a sign that they didn't believe in it to begin with ...or likely that management hadn't signed off on the idea before launch.

Look ahead, understand the shift, and imagine the right solution five years from now. Then do it!