Why Social? Do You Really Need to Ask?

Everyone who have been working with digital media for the past 10 years know about the struggle to get people to buy into it. Upper management is a chapter of its own but is a problem among all levels of employees.

I have been at hundreds of meetings pitching the idea of digital media. I have held mini-seminars, showcasing all the wonders of new media. And, I have had one-on-one meetings with C-suite executives. All of them with the focus on persuading "if" and "why" they should embrace it.

In the past 4 years, the focus has predominantly been on social media. Always "If" and "why".

The world has changed. The thing we have all been talking about, for the past 10 years, is now a reality. The internet is now the dominant media channel.

You are wasting your time if you are still going to a meeting to ask "if" or "why" you should use social media. You should be asking, "how should we use it? How do we do it better? How can we get more out of it?"

Stop talking about "if". Take control of the conversation and focus on "how"!

Here is what you do!

The next time you meet a person skeptical about the future of digital media, focus the first 5 minutes of the conversation to set the fact straight.

Don't tell them about how big Facebook is or how many tweets people sent during the Oscars. It makes for spectacular numbers, but it means very little.

Simple take out a piece of paper (or whiteboard), draw 15 small stick-men in one group, next to another group with just 5 people in it. Write the word "Newspapers & Magazines" underneath the big group, and "digital media" under the other. 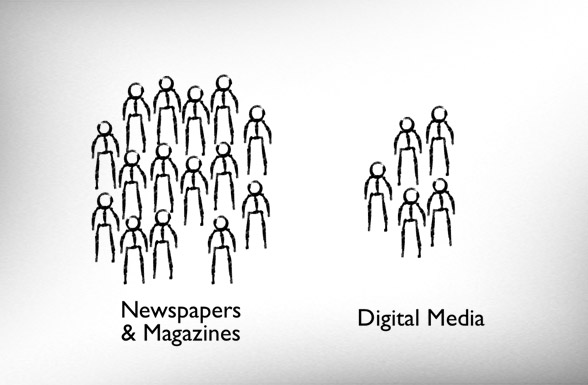 Then take out a $100 bill from your wallet. Hand it to the manager, and now ask him:

if this is your budget and you can only spend it on one group, which one would it be?"

The manager is not stupid, he would immediately place the $100 bill on the newspaper group. That is the only decision that makes sense.

This is what the world looked like in 2001. The newspaper market reached 3 times as many people as digital media. This was the right decision 10 years ago. 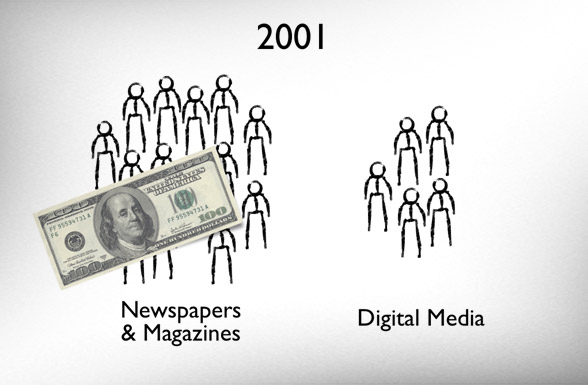 Today the world is very different. Traditional media have been in decline for years. People are now going elsewhere to get inspired 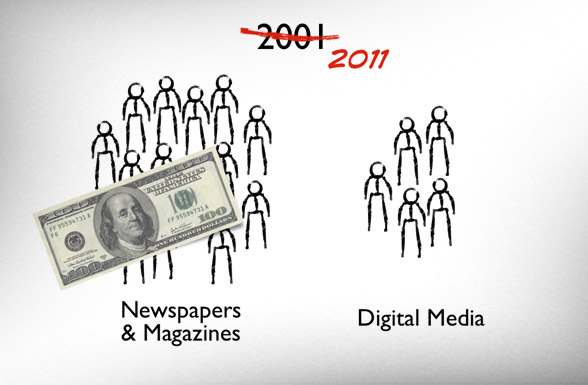 Confirm the fact by pointing to this study by PEW Research (only use the graph that represent your target market.)

Note: Obviously, if your target market is above 50, you are out of luck. 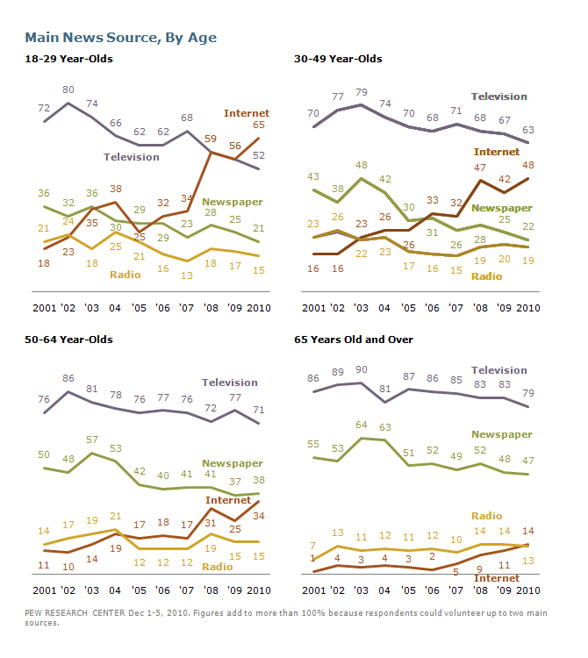 Note: Also read "The Future of Marketing Budgets" (Baekdal Plus)

Then draw over the newspaper label and write "digital media" underneath it. Say:

Newspapers are now the size of what digital media used to be in 2001. 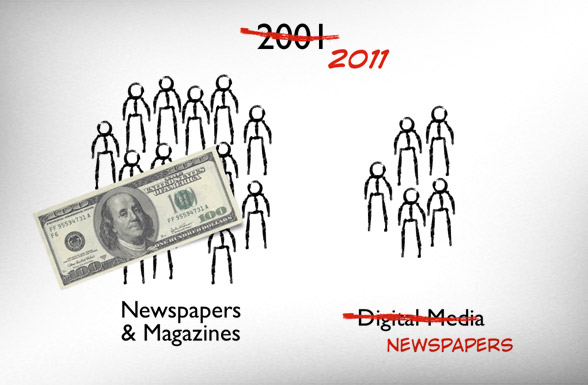 Draw a line over the digital label, write "newspapers" instead, and say:

And, digital media are now the size of newspapers. 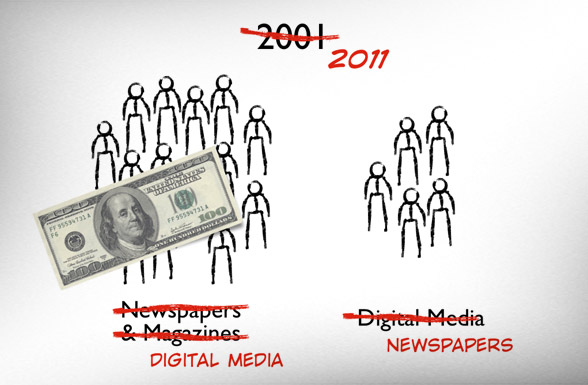 In fact, digital media are now bigger than what newspapers where back then. 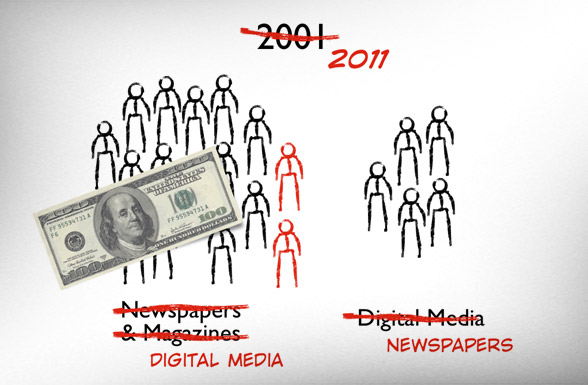 In 2001, you made a great decision by focusing the majority of your budget on traditional media. That was where people were.

You need to continue to make good decisions like that. You need to use your budgets in ways that reach the biggest group of customers - in digital media.

Bam! The effect is immediate and extremely effective. Now you can spend the rest of the meeting on talking about "how" to do it.

Note: Beware of internal silos and power struggles. They can foil even the best of plans - often with a complete disregard for logic.