One of the most frustrating things I know is to write articles/reports about something that people need to do, but aren't going to.

One example: It didn't really come as a surprise to anyone that Blockbuster went bankrupt when they failed to do what Netflix did. Here we had a business renting videos in physical stores in an age where people could just as easily stream it via the internet.

It was obvious to everyone, even for the people working at Blockbuster, that their model was failing. And it was equally obvious what they needed to do about it.

Many people, including me, had written detailed articles about it. The future is not that hard to predict.

But Blockbuster still went bankrupt. Their resistant to change, and the their fear of disrupting old business contracts preventing them from acting ...and so they failed.

And the strangest part is that, if you asked one of the blockbuster managers about their future, they all agreed on what needed to be done. They weren't stupid people. They could see the signs just as clearly as the rest of us.

So even though every single employee within the company knew what needed to be done, they still didn't do it. The resistant to change was not the change itself, or the risk involved. It was the risk of taking responsibility for it.

We see the same with newspapers. Every editor I know can see the signs and the changes needed as clearly as the you and me. But when it comes to actually changing, they opt for the most conservative solution of all. The one that involves as little personal risk as possible (and thus doesn't really change anything).

And they only make real change when things get really desperate (when it's often far too late to act).

So ask yourself this: What is the biggest risk? Not taking risks and most likely lose your future, or risk it all and possibly succeed? Including disrupting and invalidating old business contracts that keep you in the past.

Don't lose your future because you are too afraid of losing your future. 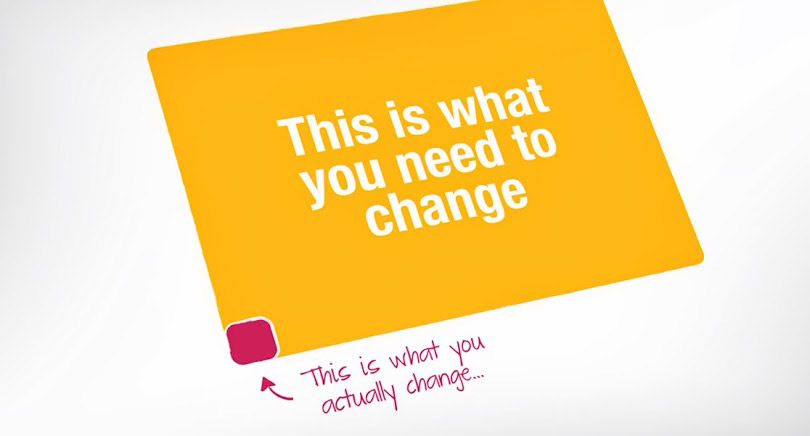 Another problem is that when change is disruptive the solution can't be solved with small incremental projects. But most companies only change a tiny part of their business.

I'm currently working on a Plus report about what book publishers need to do to fix their future. It's a good report (I really like it), but for every sentence I write, I'm constantly reminded that nothing I write is likely to ever happen. The book publishers of the world are simply too entrenched to be able to risk that change, especially since what I'm suggesting would be highly disruptive to their old markets ... and it can't be done without making huge investments in the long term.

It's Blockbuster all over again :)