Redefining how we Talk About and Categorize the Media

We are moving into a new era of media where the old definition of 'the media' no longer makes any sense, both in terms of who is what and in terms of how we define the editorial strategies and monetization models.

We see this in a number of ways. For instance, if you do a study asking the public to define 'the media', they tend to only thinking about the small part of the media that represents national newspapers.

So the New York Times is 'the media', but people forget that there are so many other forms of media, like magazines, YouTubers, media services, and many others. 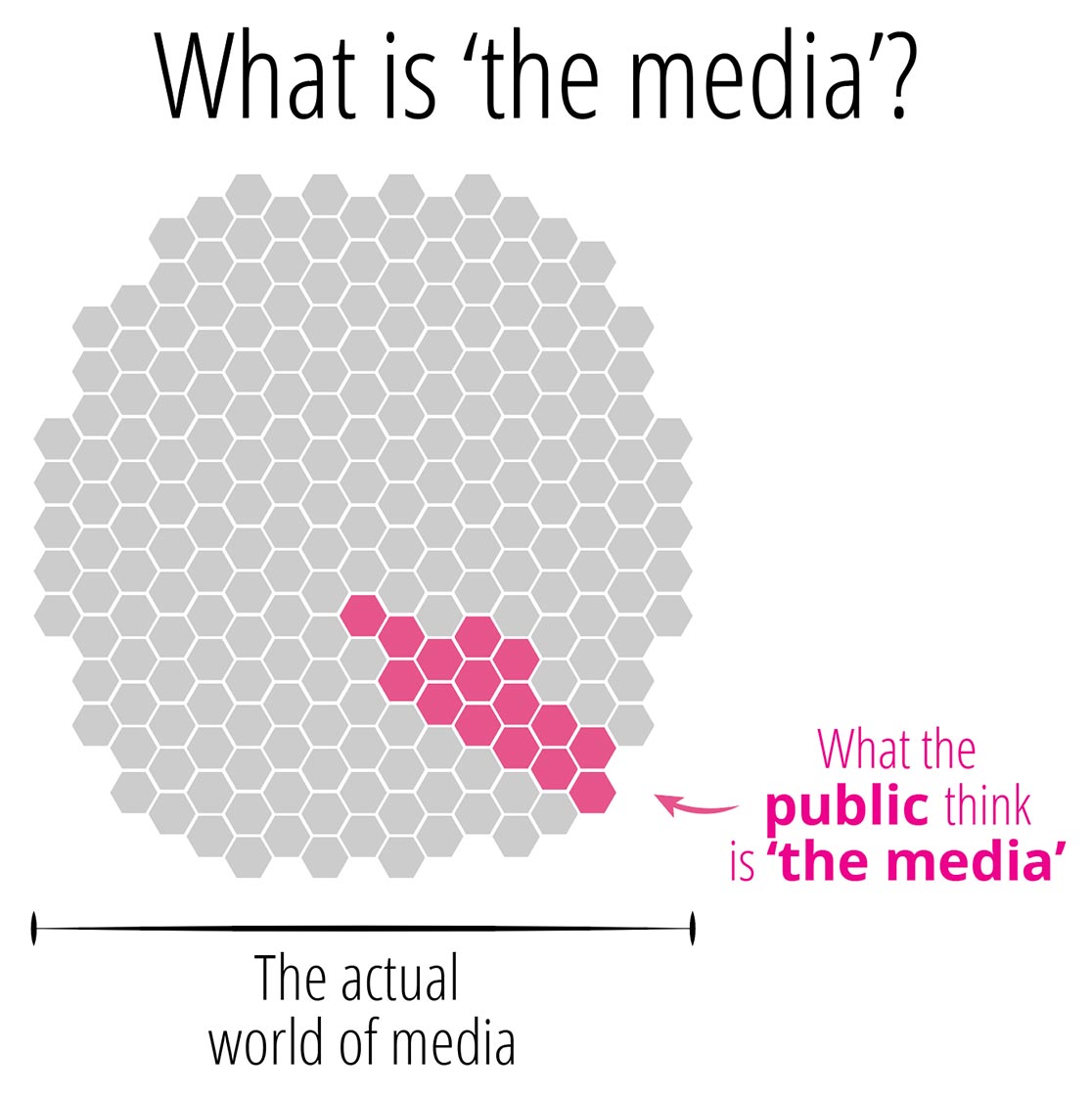 We also see the problem when we look at how journalists are now discussing 'the media'. For instance, throughout the past year, many journalists have talked about 'fake news' as being one of the biggest problems facing 'the media' today.

But think about that for a moment. While fake news is indeed a problem for our society and our democracies, it's only really affecting a very tiny part of the 'the media'.

When you write a story about Amazon buying Whole Foods, you are not faced with an angry mob of people, bots and fake accounts that try to undermine everything you write.

It's the same thing if you work for a magazine. A yoga site isn't influenced by fake news, and the editorial goals or future monetization strategies wouldn't even touch the subject of 'Russian bots'.

So, journalists are making the same mistake as the public in that, when we discuss 'the media', we are really only talking about a very tiny part of it. 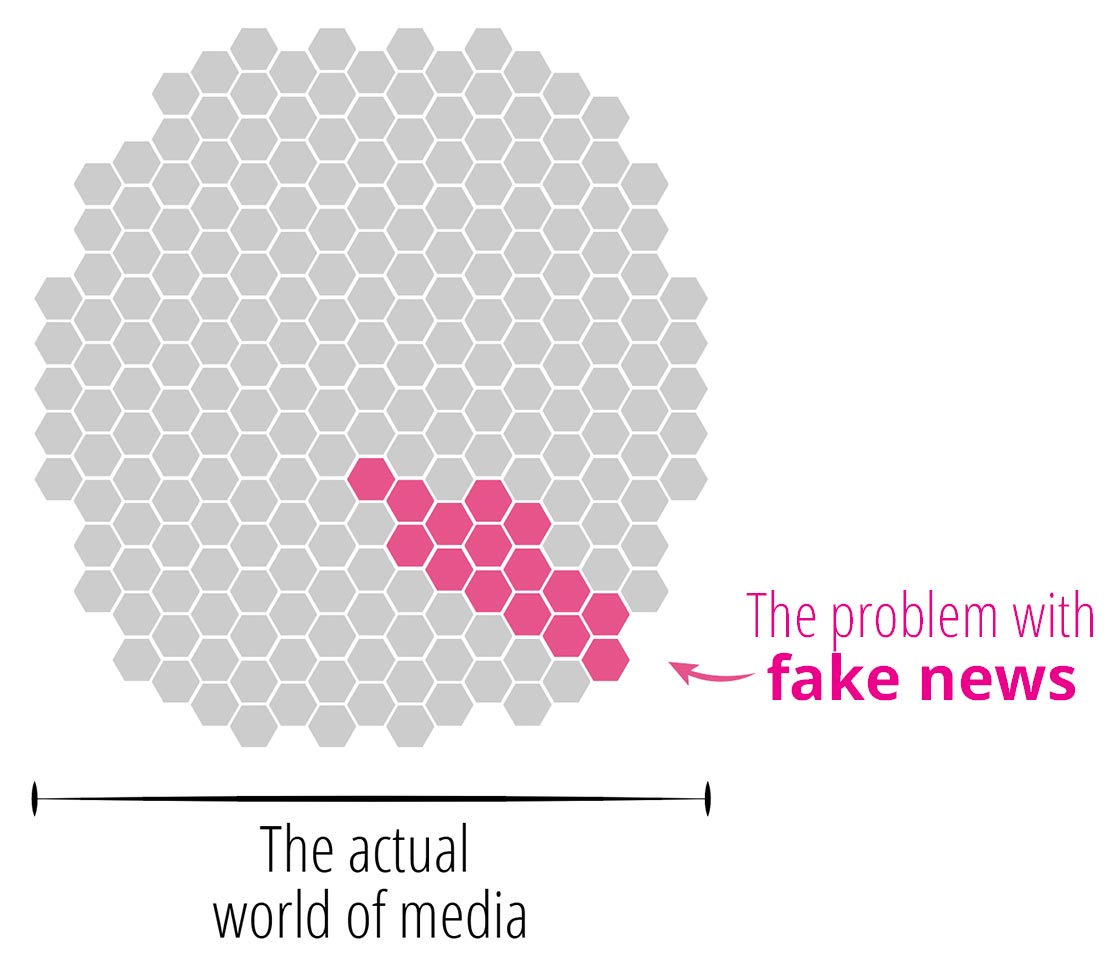 But this is not just about fake news. It's about how we talk about a lot of things. For instance, Facebook is something everyone talks about, and often publishers talk about it as if it is the platform for everything (at least they used to).

It's the same story when people talk about 'pivoting to video'. This is often talked about as something 'the media' is doing as a whole, but again, think about how how specific that market really is.

While it made perfect sense for BuzzFeed Tasty to 'pivot to video' to create snackable videos for people to engage with, it makes no sense for many other publishers.

The problem is the same as before. We talk about it as 'the media', but the things that we look at really only apply to a very specific and tiny part of it.

This creates a number of problems for the industry as a whole.

As a media analyst I spend more and more of my time explaining to publishers that what they hear about 'the media' doesn't actually apply to them, because they are not the same type of media.

I'm constantly seeing traditional media companies struggle to change and transform both their editorial strategies and internal cultures because everyone still defines their role as 'the media', and thus tries to mimic what everyone else is doing ... even if it doesn't fit that specific publication.

The reality is that there is no longer such a thing as 'the media'. Instead, we moving into new world of multiple media industries where there are many entirely different markets that have almost nothing common.

So, in this article, let's recategorize what the media is. Let's explore all these different markets and look at why they have so little in common.

The fascinating thing about the new world of media is that the format no longer defines it, and in many cases actually works against you. For instance, if you are creating new media company today, you don't want to define that as 'a newspaper' or as 'a magazine'. Because, by doing this, you are automatically limiting yourself in ways that are really not helpful.

Instead, you should define yourself in relation to opposites.

Let's start with one of the simple ones.

This 29 page report is exclusive for subscribers. (login)