Second life is undoubtedly a big phenomenon, and it is an interesting example of social interaction mixed with massive capitalism - which is by no account a bad thing. But it is not the next web. It is not going to change how we interact in general. It is simply a brilliant example of wasting time on a massive scale.

Wasting time is not necessarily a bad thing either. You are also wasting time when you watch a movie, take a walk, play computer games, or chat with friends over IM. All of which is considered enjoyable and even exciting.

But wasting time is the opposite of being goal-directed. You are casually "browsing", not really getting things done. You are in leisure mode instead of work mode. You are not efficient.

The biggest problem for Second Life, and 3D universe in general, is that you spend 90% of your time moving around and only 10% looking at a specific object. Simply try to change your appearance, to get new set of clothes, new hair - maybe even a new body shape. When you have gone through the search clutter and get to your location, you will find that you constantly have to move around, zoom in and out just to see the individual items.

Note: Because of the difficulties of finding and buying stuff from within Second Life has resulted in the development of SL Exchange. A traditional website where you can buy the things you want in a browser instead of in the 3D world. (Second Life is the new web... go figure).

Can you do business on Second Life?

Doing business on Second life is extremely tricky. It is a constant battle to be more amazing and more individual than anyone else.
Companies do have a financial advantage. You can buy huge islands and make your own special environment, something that only few individuals will be capable off. You also have the resources to add that extra detail - to separate yourself from the many amateurish designs out there. Just remember that it is not scale that sells but the quality and the good idea. 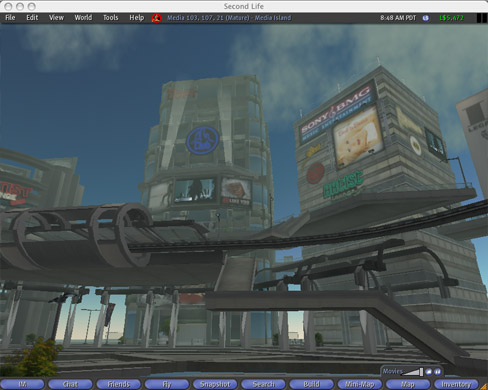 Companies also have a disadvantage. Second Life is about personality - and that is something that corporations are notoriously bad at. When you visit place like Sony or Dell Island you get the distinct feeling of being in the presence of a company. It was not made by individuals, there is no personal touch.

In essence there are only two types of companies that can be successful in Second Life.

All other companies and brands will find themselves struggling for attention - just like in the real world.

The Population of Second Life

Another concern is the size of Second Life. A lot of people have signed up and tried it, but the general population is only about 25,000-35,000 people per day - and that is scattered over a huge area (361 virtual square kilometers - 139 sq.miles). 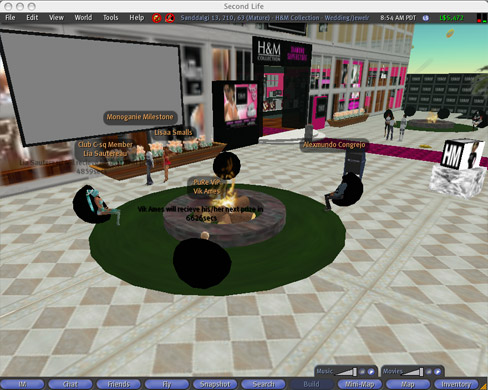 If you compare that to normal websites it is a very low number. It is like placing a banner on a single page on website the size of Microsoft.com - Or, in the real world it is like having a shop in the city of New York but a city that is only populated by 25-35,000 people (and there are about 9 million people in the real city). 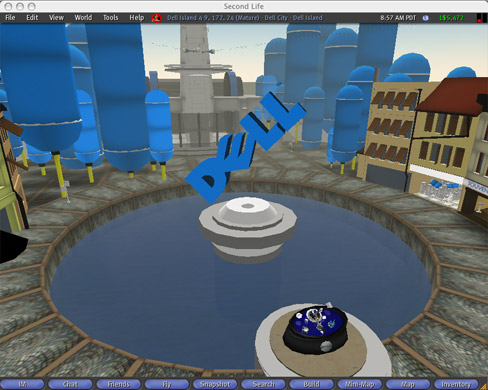 Dell Island - A gigantic place, but hardly any people there

From financial point of view, promoting your business in Second Life is not looking good.

But, promoting your business does have an effect. The media seems to be more than willing to write articles and stories about real companies in Second Life. IBM has received an enormous amount of pres. Being associated with Second Life makes you look innovative and trendy.

While keeping all this in mind let us take a look at what actually works. There is generally 4 ways to promote your company in Second Life: 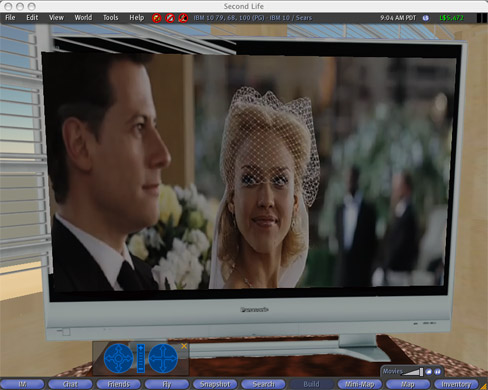 You can promote your company by either making one of these places, or sponsoring one. 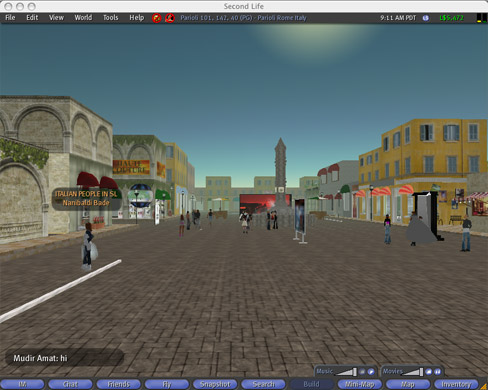 A lot of the activity in Second Life is about hanging out with friends, or simply meeting and talking to strangers. This provides excellent branding opportunities:

Again, you can either make it or sponsor one.

Everyone in Second Life needs to change their appearance from the default character you start with. There is a huge market for: 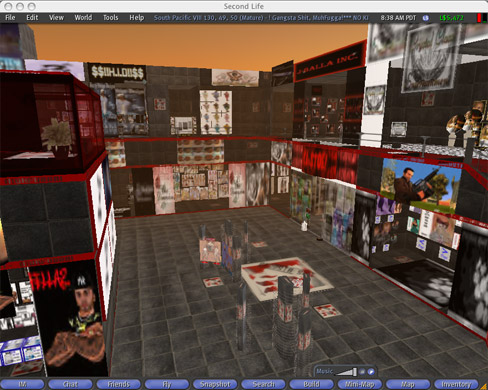 Companies within this category can use sell their products (virtually) and promote their brands, and even make some money in the process (although not enough to cover the cost of running it)

But it is not just things that you can put on that sells, there is a big market for changes to the character itself:

Note: This is the third biggest market (15%) 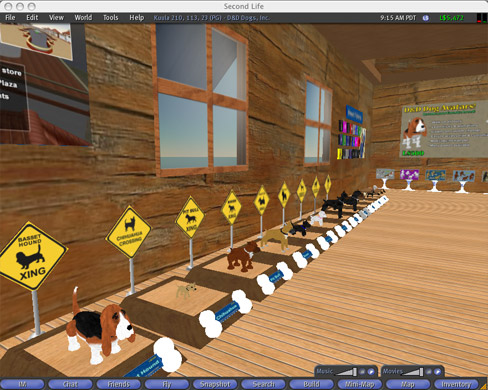 Note: This is the second biggest market (21%)

You can also make money by helping people do things:

And of course the biggest venture of all seems to be real estate speculation. Buying, selling and renting spaces/land

The future of Second Life?

Second Life is not really going to change the web. It is much more like a variation of The Sims than a new way to browse the web (although it is not a game). It is a great phenomenon that is likely to grow and an enjoyable experience for people when they are not working.

Would I recommend companies to go there? No...