What the Heck is Social News?

In my article about the change in consumer focus, "Where is Everyone", I talked about the concept of Social News. And people are asking: What is that all about and why is it going to destroy the newspapers?

Social news is a fundamental change in the way we 'get news'. But the reason it is so special, is that it is not a single change, but a combination of 4 behavioral changes coming together all at once. These are:

These 4 elements combined, is going to completely eliminate the traditional newspaper model. It is not about it is being 'printed'. Just moving your newspaper online doesn't help. It's about creating value instead of noise.

There is also a shift in how we get the news. In the past we had to read a newspaper or go to a specific site. But in the future it is all about the content, not a place. The primary way that people find news is not to go to your site, but to use news aggregators or follow what people share. 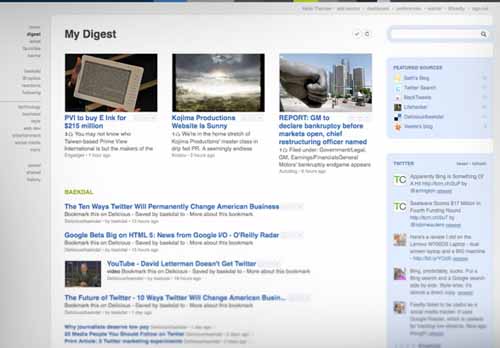 The most common misconception about Social News is that people think it is all the junk from Facebook, and nothing from the professional world. It's not. The junk on Facebook, or that you tweeted that you are having coffee, has nothing to do with social news.

But social networks do have a huge influence in the way that we find news. It allows you to follow and connect with people that have an influence on your decisions, and to rank your news stream based on what other people think about the subject. 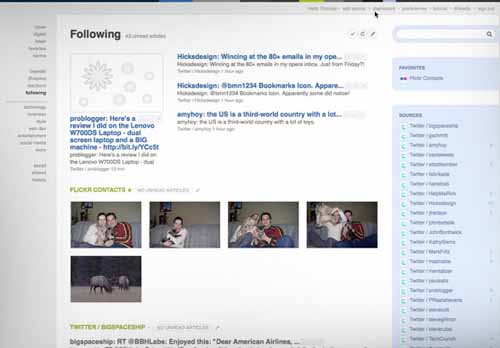 It also allows us to tap into the social stream. We can now use content, instead of just reading it. News is no longer a passive thing. Via social networking you can see how people react, you can join the discussion, come up with your own ideas, test those ideas against what other people think, help your friends by sharing and get their reactions etc.

But Social News has nothing to do with all the noise and junk that accounts for nearly 95% of the social networking sphere today. It's only about the valuable part. It is about the insights, the stories, their reactions, and the movement.

And most importantly, social news is only about the things that matters to you. Social news allows you to only follow the topics, people, companies, ideas, concept, and reactions that you are interested in. It also allows you to block everything that you really do not want to know about (Paris Hilton comes to mind...) 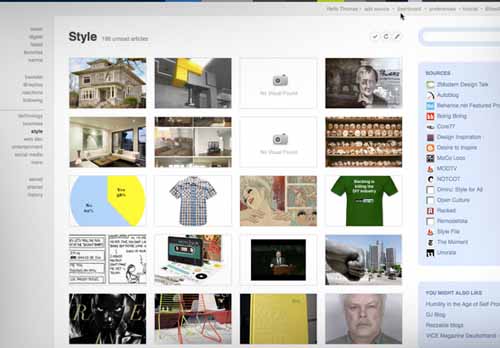 The big difference is that people are now starting to realize that news is much more than what you can read in a newspaper. The entire concept of what we perceive as news worthy is shifting.

The definition of news is "anything we do not know". But since we don't want to know and get involved with any event everywhere on the planet, the newspapers are defining news as "anything that the general public might want to know". And the result is that the top news stories today, on CNN, are:

I don't know about you, but I don't really care about any of these "top stories". They are completely irrelevant to me, and a waste of my time.

I don't know the key to success, but the key to failure is trying to please everybody

The newspapers are trying to please everybody. And as a result a big portion of all the news in a newspaper, is completely irrelevant to you. Just imagine how much you life would be improved if you where only exposed to content that matters to you.

Making news for everyone, and presenting it in one big package, is a really bad idea. But this is how every single newspaper works today.

Social News is "me" news

The internet is allowing us to completely obliterate the traditional newspaper model. Instead of having to listen to interest of the 'general public' you can say; I just want to get "me" news.

This is a huge change, because not only does it destroy the very purpose of the traditional newspaper, it also opens up a gigantic new area of news. One that is much bigger than anything we have seen before.

Instead of if getting general news. We are now exposed to every single facet of news in the world. From any source, of any type, from anywhere, and at any time. The world of news has exploded in size and importance.

With social news you get to decide what is important to you. It can be as small as a 140-character message from a friend, the reactions from Twitter Search, a good article on a blog, a great analysis by an industry expert, or a general article about what the president plan to do with our taxes. 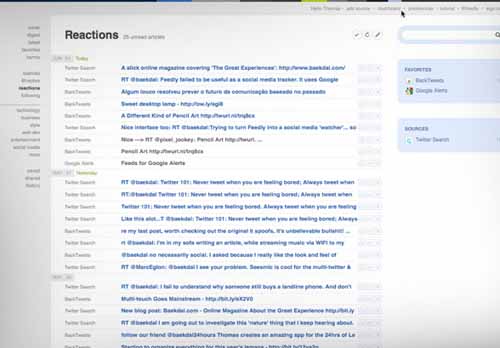 It is all about value, from every source - big or small. And it is much more effective to follow these sources directly, than having to read about it in a newspaper that only 'gets it' 5% of the time.

Social news is about making news, not distributing it. In the past, news had to come to you, and as such the role of the newspaper were to find news, and get it distributed.

When North Korea performed a nuclear test, you could read about it in every single newspaper on the planet. We are talking 20,000+ articles all reporting the same thing. Most of them being republished (or slightly moderated) articles from either Reuters or the Associated Press.

This kind of thing made sense back in the 1960s. Because back then it was hard to get 'another' newspaper. Back then, the best newspapers where those who was very good at finding and distributing news.

Today I can just as easily go to CNN as I can go to the NYTimes. And most of us simply go to the news source that happens to report the news first. We no longer need to have the same article republished several thousand times. We just need one.

In fact, most of us do not even go to the newspapers anymore. We can get news from the same sources as the journalists. One example: I would much rather read an article by Seth Godin, on sethgodin.typepad.com, than read about it in some newspaper, where a journalist is reporting what Seth Godin wrote.

Just look at the blogging world. When a person writes an article in a blog (like this one), it is very rarely republished. Instead some people will write a review, they will expand on the subject, analyze it - and the rest will simply add a link to it.

In the blogging world, it is all about value - not republishing. We don't go to a blog that simply republishes other people's articles. We visit the original blog instead.

Distributing content is then in the hands of the social web, news aggregators and people. We are already doing this on Twitter, Friendfeed, Delicious, Stumbleupon etc. and we are really good at it. We already have a powerful new distribution model in place.

We don't need newspaper to distribute news anymore, because our 'stream' will keep us up-to-date.

The Analysts and Editors

What we do need, however, is a new breed of super-journalists. Journalists who do not report the news, but create it.

One example is ZDNet. ZDNet doesn't simply report the news. They largely focus on analyzing what is going on in the tech world. So instead of reporting something that happened, they give you their analysis of why this matters (or don't matter). They speculate about the impact of a given event. And they add the link to the original source, so you can go there to read about it yourself.

It is the same with podcasts like The Gillmor Gang, where Robert Scoble, Dan Farber, Michael Arrington, Marc Canter etc. are discussing web and social media related topics. They are not just reporting that Twitter did this, or Facebook did that. They are giving you their views on why that is important to care about.

We also need super-journalists that are willing to go to places where we do not want to go. Dangerous places or places that takes too long to visit (like a 5 day conference).

And we need super-journalists who can give us the bigger picture. People who professionally analyze, or is digging into what something is really about. People who ask the difficult questions.

But here is the thing. You don't have to work for a big media company to be a super journalist. You just have to have good insights, and an urge to create value for other people.

It is not about where you work, or what it says on your business card, that matters. It's what you do.

This is social news

Or to put it really simple:

Social news will completely obliterate the traditional newspaper. But the future of creating news itself looks to be amazing. And you will be a part of it. You are the one element that makes it all work. That's why it is called 'social' news.

If you liked this article, you might also want to read "Why journalists deserve low pay, by Robert G. Picard