Over at Econsultancy there is an article about the perfect YouTube ad length, pointing to a study by Unruly Media. But it makes the same mistake as most other studies. They are comparing the total length of an ad with various metrics. 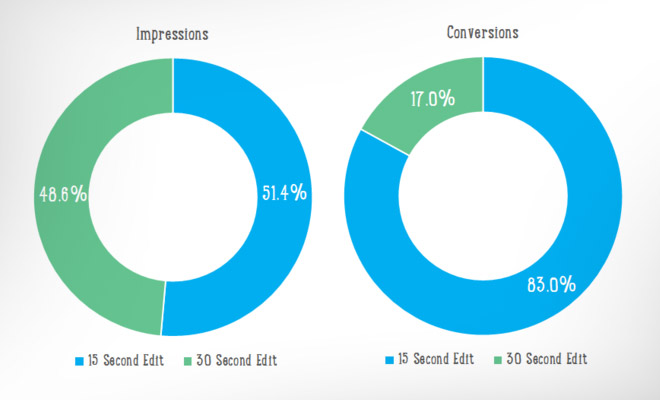 The problem with this is that they are implying a causation where there isn't any. So, it's useless.

What is the perfect length of a YouTube ad, you ask? Well, it's very simple:

You have 5 seconds to capture people's attention, after which it's no longer the length but the substance that makes a difference.

So, the perfect YouTube ad length is... longer than 5 seconds.

Most importantly though, the perfect YouTube ad isn't an ad at all. Ads are annoying. They use highly energetic video techniques, with overly smiling people, and pow, bang, splash effects all over. And they are designed for high-range audio just like on TV (this is why commercials sound much higher than the rest).

The reason why TV commercials are made to be loud is because they are designed to make people look at the TV. We all know how it is. When we are watching TV we are also doing all kinds of other things. We are getting something from the kitchen, playing with our smartphones, reading a magazine, talking, or just dozing off. People are mostly in a passive state, so TV commercials have to be loud to make people look.

But on YouTube, you already have people's full attention. They just clicked on the video they want to see, and their eyes are glued to the screen. So making a loud ad is completely missing the point. It's just annoying. I'm already watching. You already have my attention. Stop shouting at me!

So, the best ads are just normal YouTube videos.

Here is an example: Below is a video from Tastemade. This is just another video on their channel, but they *also* decide to use it as an ad. So one day when I was about to watch a video from Jamie Oliver, this video was displayed as an ad.

I could skip it after 5 seconds just like any other ad, but because it wasn't designed as an ad but instead as a useful video, I didn't. It immediately caught my interest, and I watched the whole thing... so much, in fact, that this video was the reason that I'm today subscribing to their channel.

This particular video is 2 minutes long, but it could have been 3-5 or maybe 10 minutes long and I would still have watched it.